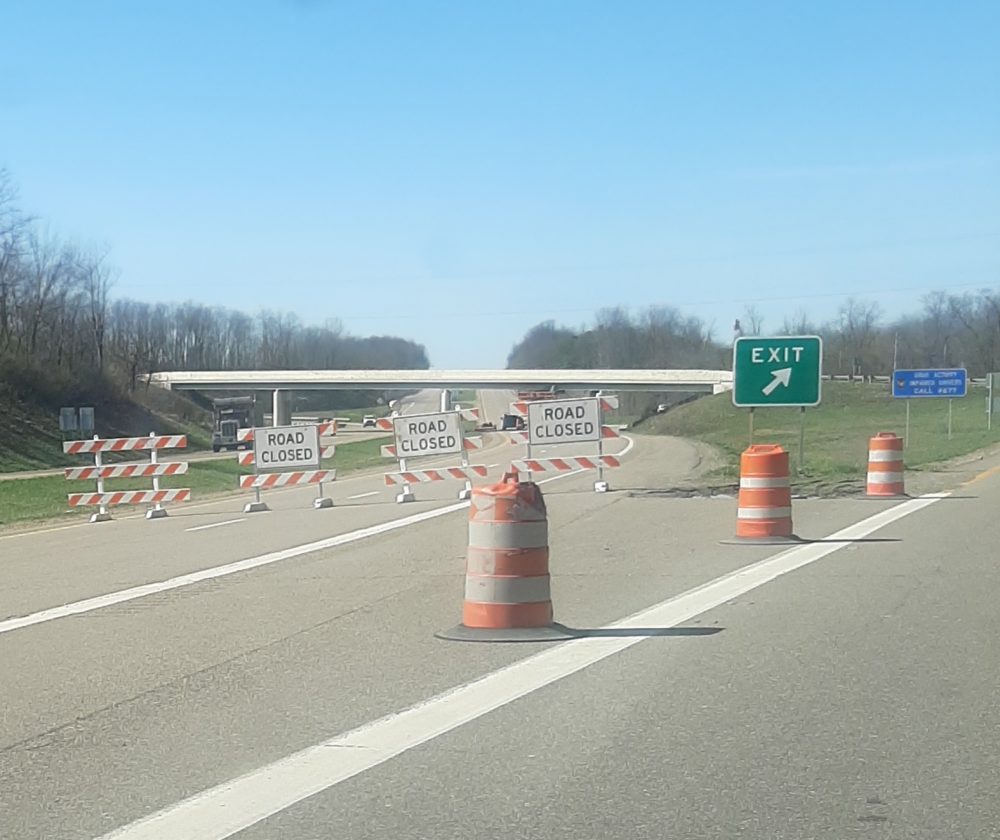 T-L Photo/CARRI GRAHAM Bridge repairs close U.S. 22 westbound near Cadiz. The Ohio Department of Transportation has closed the lane at the intersection of U.S. 22 and U.S. 250. The repair project began Monday and will proceed until May 31.

CADIZ — Harrison County will see two road closures this month — one on U.S. 22 near Cadiz and the other on Ohio 519 in New Athens.

The Ohio Department of Transportation temporarily closed a portion of U.S. 22 due to a bridge repair project. In an effort to continue making the roadways safe for travelers, ODOT said it has temporarily closed the westbound lane on U.S. 22 near Cadiz. Signage and road cones line the roadway, informing motorists of the closure.

The bridge repairs are underway and will restrict westbound traffic for the next two months. The project began Monday and will continue into May with a completion date set for May 31, according to an announcement from ODOT.

Only the westbound lane is closed under the bridge. Upon approaching the construction area, signs alert drivers that they must exit prior to entering the zone. Traffic has been rerouted via exit ramp 219, U.S. 250 west.

According to the release, U.S. 250 northbound traffic will be maintained via temporary traffic signals during the project’s completion.

In addition to the bridge repairs, Harrison County will see another road closure in New Athens. Ohio 519 east of New Athens will be closed for two weeks for a culvert replacement. The closure is set to begin Monday and will reopen April 17.

The closure will be in both directions of Ohio 519, between Ohio 9 and Ohio 519 near mile marker 7.3, just west of Georgetown Road.