BCI at center of COVID attention 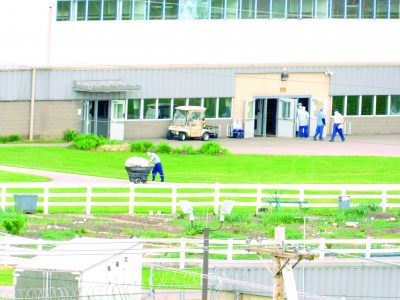 T-L Photos/ROBERT A. DEFRANK The state has confirmed the death of a second inmate who had tested positive for COVID-19 at the Belmont Correctional Istitute. Meanwhile, the National Guard has been assigned to assist in the prison due to the high number of staff who have tested positive. Staff and inmates are masked. 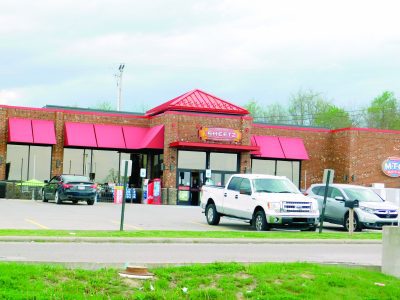 T-L Photo/ROBERT A. DEFRANK An employee at Sheetz in St. Clairsville has tested positive for COVID-19. The business is expected to remain open, since the employee had not been at work since May 11, and sanitation measures are in place. 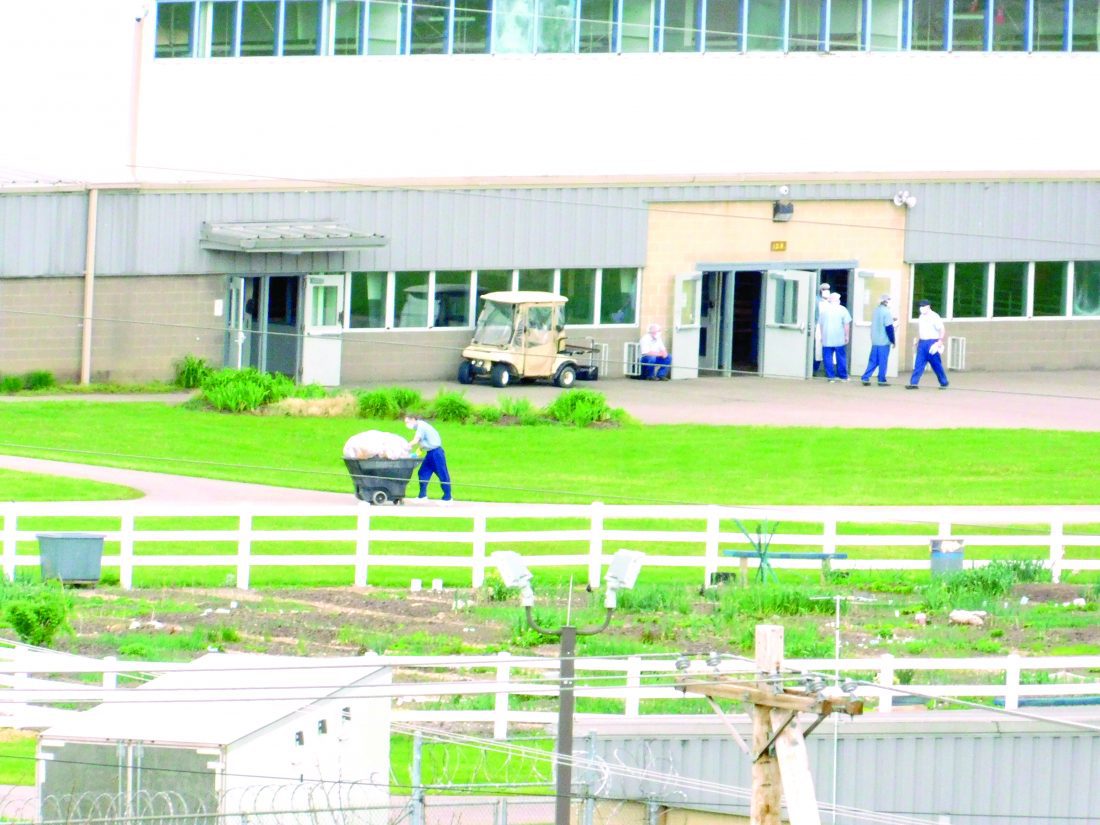 T-L Photos/ROBERT A. DEFRANK The state has confirmed the death of a second inmate who had tested positive for COVID-19 at the Belmont Correctional Istitute. Meanwhile, the National Guard has been assigned to assist in the prison due to the high number of staff who have tested positive. Staff and inmates are masked.

Meanwhile, Sheetz announced that an employee of its St. Clairsville location has tested positive for the virus.

The prison has been a subject of concern in recent weeks during the coronavirus pandemic, with the majority of new positive cases found in Belmont County occurring among the inmates and staff. Annette Chambers-Smith, director of the Ohio Department of Rehabilitation and Correction, announced new screening, sanitation and quarantine measures at BeCI and said National Guard members have arrived on site to assist the staff.

So far two inmates at the prison, which houses close to 2,500 inmates, have died after testing positive for the virus. According to the latest information available at coronavirus.ohio.gov, 100 inmates at the St. Clairsville facility have tested positive, 44 have recovered and three are awaiting test results. The prison has 73 staff members who have tested positive, with 11 recoveries.

Belmont County Deputy Health Director Robert Sproul said his department has no input or activities inside the institution. He had no information regarding new preventive measures. 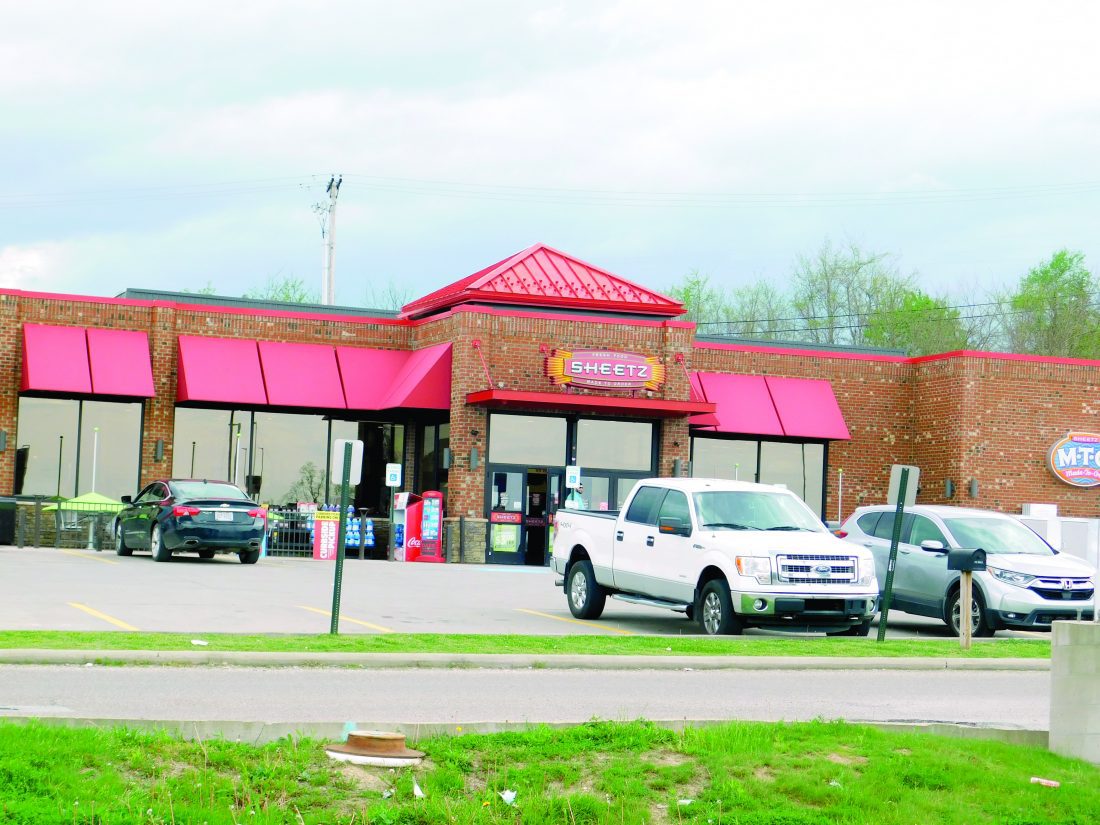 T-L Photo/ROBERT A. DEFRANK An employee at Sheetz in St. Clairsville has tested positive for COVID-19. The business is expected to remain open, since the employee had not been at work since May 11, and sanitation measures are in place.

“That’s all within the walls of the prison,” he said. “We’re listening to the governor’s call (Monday) and we heard them mention … the director of prisons for Ohio was on there speaking about the prison over there. That’s the first we’d heard of it.”

Sproul said his staff continues the process of contacting those who may have been exposed to the virus by infected staff members, their families or visitors to the prison.

“We have been doing contact tracing with those individuals,” he said.

On Monday, Sproul said the number of county residents who have tested positive remained steady at the 345 reported Sunday, with 171 recovered and out of quarantine. Fewer than 10 of those people are hospitalized, and nine people with the virus have died, including the two inmates. Sproul commented on the apparently unchanging numbers.

“That’s kind of surprising. We have a bunch of tests that are out right now that we know of, and we’re just waiting on the results to get back,” he said. “With the private companies, when that fax machine goes off we know if we have one.”

JoEllen Smith, spokeswoman for the Ohio DRC, released a statement when contacted for comment. It says the department has been in contact with the Ohio State University Wexner Medical Center, the Ohio Department of Health and Ohio Department of Medicaid, as well as other correctional systems around the country.

“We also found that testing only detects the presence of the virus at a point in time and does not detect the amount of virus in the body. A person could test negative one day and test positive the next. DRC is re-testing negative from mass testing approximately 14 days later, and some are testing positive, even though they are housed separately from others,” she stated.

She noted measures have been in place at all corrections facilities in Ohio including frequent sanitization, the use of technology to reduce staff and offender gatherings, and the elimination of non-essential staff training. She also stated COVID-19 specific screenings are performed on all inmates entering the prisons, and volunteer activity at the sites has been suspended.

“The Ohio National Guard and the Ohio State Highway Patrol are providing assistance at Belmont to augment medical and perimeter security as we experience staff absences due to sickness,” she stated.

“Testing is based on clinical indications. Our facilities have established cohorts and individuals within those cohorts do not intermingle with other cohorts. The department implemented a ‘head-to-toe’ sleeping arrangement for bunked facilities and provided additional space between beds. Social distancing presents a unique challenge in a correctional environment. DRC consults with an environmental health engineer and clinicians regarding social distancing and other environmental conditions. Belmont’s population has been reduced 280 since April 13, which has assisted in social distancing efforts.

“All staff and inmates are required to wear masks. The institution has masks available for all employees on a daily basis,” she stated.

The Ohio National Guard acknowledged late Monday that some of its medical personnel are supporting the Ohio Department of Rehabilitation and Correction at Belmont Correctional Institution. Stephanie Beougher, public information officer for the Adjutant General’s Department, Ohio National Guard Office of Public Affairs described their duties via email.

“The nine member team will assist by taking temperatures, vitals, and other support that would fall within their medical training,” she wrote. “The National Guard was asked to help fill a critical staffing need at the facility caused by COVID-19.”

Meanwhile, a statement was released by Jenn Donahoe, spokeswoman for Sheetz, saying an employee of the Sheetz location on 68500 Addie Way in St. Clairsville has tested positive for the virus.

“Our top priority is the health and wellness of our customers and employees. This employee has not worked at this store location since the early morning hours of May 11 and according to our ongoing protocols, this store has been conducting daily cleaning, sanitation and disinfecting. Therefore, we will not be closing this store location at this time, but temporary closures may be necessary in the coming days due to staffing levels,” the statement notes.