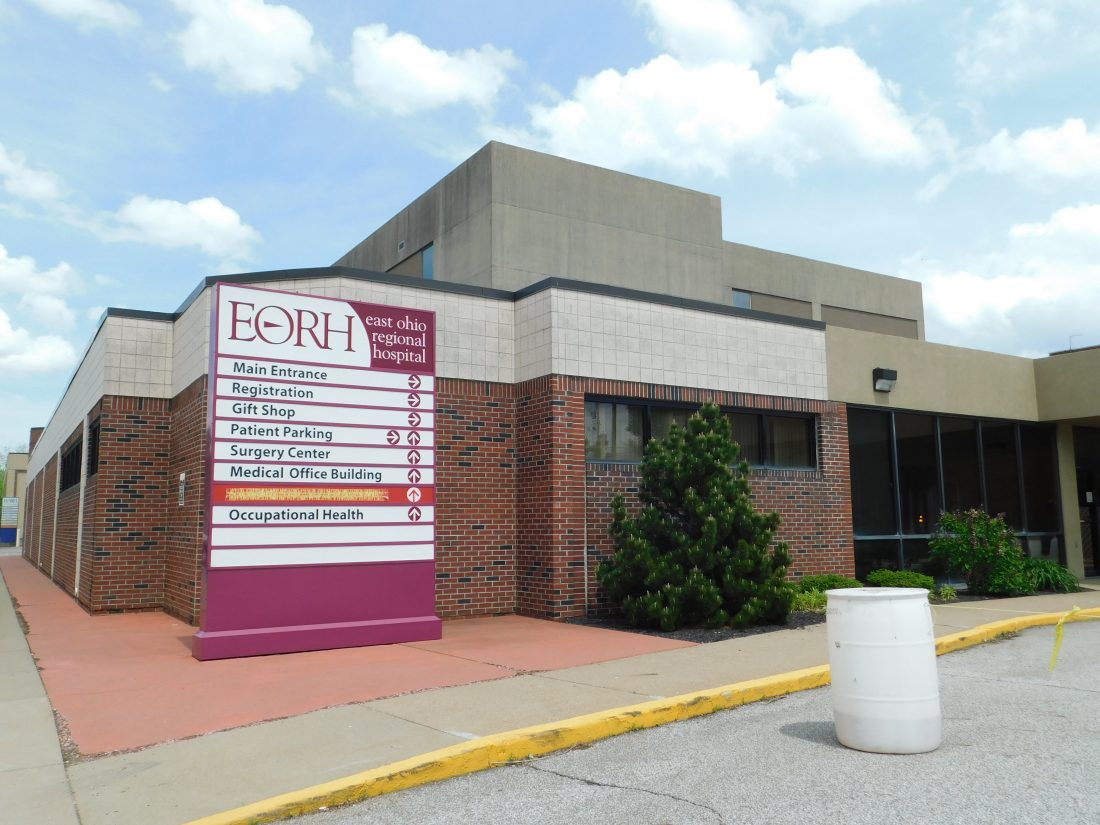 MARTINS FERRY — County and state officials say news that the former East Ohio Regional Hospital building has been purchased and will be put to use in a medical capacity is a reason for optimism.

The hospital was closed this past September by the former owner, Alecto Healthcare Services of California, to the distress of many in the area concerned about the lack of a convenient medical facility. Alecto also closed Ohio Valley Medical Center in Wheeling.

It was announced Sunday that East Ohio Hospital LLC, owned by Dr. John Johnson, has purchased the property and intends to reopen it as a healthcare facility by the end of the year. Johnson is a resident of Ohio and a board-certified psychiatrist and has a background in medical facility management.

Belmont County Commissioner J.P. Dutton said the commissioners had held several conversations with Johnson’s group and other interested parties since last summer when the hospital began having difficulties. He said they connected the group with state and federal decision-makers when needed.

“I think it’s good news for the residents of Martins Ferry, Belmont County and really the Ohio Valley,” Dutton said. “We just want to be of assistance to them as a local government moving forward and welcome them to the community.”

Dutton expects the group to release further details to the public about the site’s future.

“Like many in the Ohio Valley, when East Ohio Regional Hospital closed as well as Ohio Valley Medical Center we just felt that this region is underserved in terms of physical space for health care. What we were seeing from an economic standpoint and the potential moving forward, we thought there was an opportunity in this region for those in the healthcare industry.”

Commissioner Josh Meyer, who has a background in the medical field, reacted to the news that Bernie Albertini will serve as chief operating officer. Albertini had been a longtime presence at EORH and OVMC and previously served as chief administrative officer at EORH.

“I’m familiar with Albertini. I worked with the hospital whenever Bernie was the COO of East Ohio Regional Hospital. I’m sure he’ll do an adequate job of getting this going there.”

Commissioner Jerry Echemann, a resident of Martins Ferry, said the news struck close to home for him.

“I was very happy to hear this. It’s the largest community in Belmont County, and we deserve a first-class health facility. It’s my hope that this will develop into an actual hospital setting where you have lab work that can be done, an emergency room close by, and hospitalization if needed. Especially the emergency room — I think it’s important to a lot of people here in town because from anywhere in Ferry you can get to East Ohio within five minutes. I think this is a comforting thing for people to know, that if something happens you’re at the emergency room very fast,” he said.

Echemann said there are similar feelings among other riverside communities nearby.

“The commission was involved in helping to assist in this purchase, although really it’s private enterprise that has to step up to the plate and really get things done. We can only facilitate and we tried to do that,” he said.

“We don’t know how it will develop. We don’t know a lot yet. We don’t know how long it will take and what kind of facility it ends up being, but just the fact that it’s going to be occupied and not sit there empty, and it will be some type of medical facility … this is great news for Martins Ferry and all of Belmont County,” Echemann said. “I think the people in town will really be supportive of these folks who stepped forward and made the purchase and will try to go in there and make a go of it as a for-profit institution.”

“There’s been rumors now for a good while,” he said, adding the presence of another active medical facility will have a positive impact during the COVID-19 pandemic.

“Getting another hospital back up and running gets us additional beds, in case this outbreak would take off again,” he said. “It would be an asset to the county. Right now, everything seems to be well under surge limits.”

Ohio Rep. Jack Cera, D-Bellaire, said he has reached out to East Ohio Hospital LLC to offer his assistance.

“Hopefully it’ll go through and it’ll reopen, because it’s needed,” Cera said, adding the legislature has been considering options to increase state funding to programs through the Ohio Department of Health to support rural hospitals, but the state is facing severe financial problems at the moment.

“The purchase and planned reopening of the former East Ohio Regional Hospital in Martins Ferry is very encouraging. The closure of the hospital last year cost hundreds of jobs and left a tremendous gap in healthcare for the region,” he said. “The entire community has been working hard to get to this point, and I certainly hope it is up and running and serving Ohio Valley patients soon.”