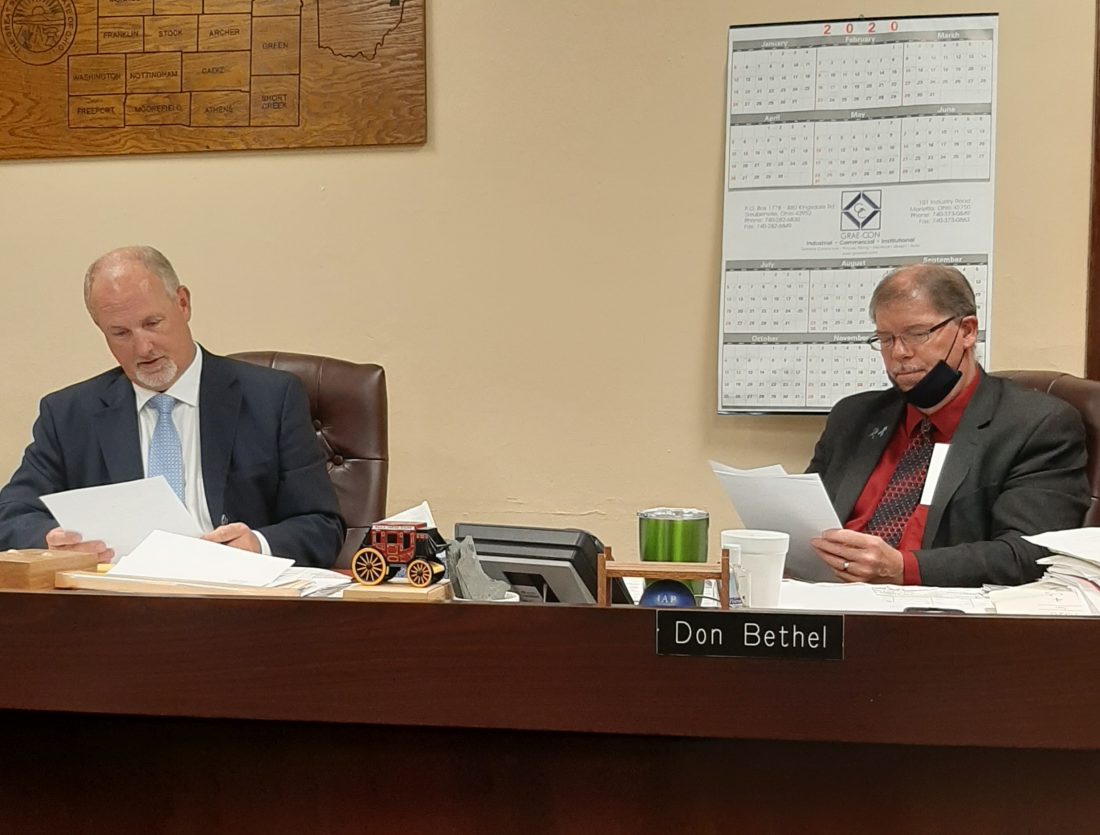 CADIZ — Harrison County has gone a week without any new COVID-19 cases being reported, according to officials.

“For the first time in a while, I can say there are no new cases in a week,” he said.

The county announced its 10th positive case on May 18. That individual is a minor.

Rhome said seven of the 10 positive patients have recovered from the virus. He said he expects there to be additional recovered cases by the end of the week.

“I expect maybe by the end of the week, there might be a couple more of those 10 cases recovered,” he said.

One of the county’s confirmed cases remains hospitalized. Rhome said that individual is over the age of 60.

“The individual continues to test positive for COVID-19,” he said.

After declining the initial contractors’ bids due to all three being more than 16 percent over the engineer’s original estimate of $167,934, the county rebid the project.

The project entails the centerline striping of 148.94 miles of various roadways throughout the county.

Engineer Doug Bachman opened the two new contractor bids at last week’s meeting — Aero-Mark Inc. of Streetsboro, Ohio, for $195,233 and Oglesby Construction of Norwalk, Ohio, for $196,150. At Bachmans’ request the matter was tabled so he could review the bids.

Bachman recommended Wednesday that commissioners accept the low bid from Aero-Mark Inc. to perform the roadway improvement project at Wednesday’s meeting. Commissioners agreed and signed a resolution awarding the project to the contractor.

Following the meeting, Bachman said a start date for the project has not yet been set. The Ohio Department of Transportation must still approve the bid, he said.

The engineer’s office secured a $200,000 grant earlier this year through ODOT to fund the impending project.