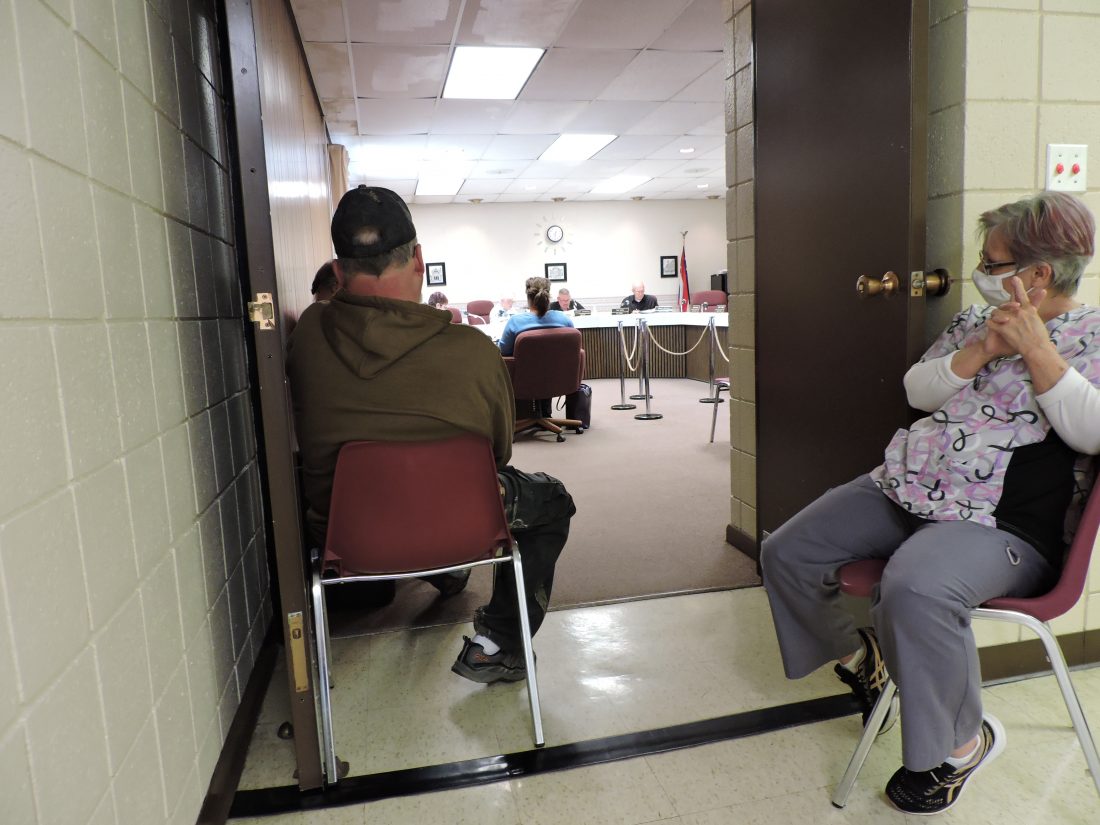 BELLAIRE — While some cities and villages are canceling their fireworks displays this coming Independence Day because of COVID-19 concerns, residents of Bellaire may get a show on July 4 after all.

Councilman Donny Maupin said Bellaire native Joey Galloway plans to do his annual fireworks display on his family’s property on July 4. Maupin said Galloway said he wanted to check with the village first concerning any liability issues related to the virus.

Police Chief Dick Flanagan said those who choose to watch the display will be outside and not subject to capacity requirements regarding indoor gatherings. In other words, people will be watching the fireworks at their own risk.

However, Maupin said following the meeting that the village still wants people to maintain social distancing of at least 6 feet if they watch the show from a parking lot or other place with a crowd of spectators.

“He’s been doing it for years. It’s the greatest display ever,” Maupin said of the show.

Galloway played in the NFL for 16 years and works as a college football analyst for ESPN.

The Martins Ferry Chamber of Commerce announced recently that it would not be putting on its SkyShow fireworks event this July because it did not want to ask sponsors for money to cover the cost of them — about $7,000 — at this time.

The city of Wheeling also has canceled its annual waterfront July 4 fireworks.

In other matters, Councilman Mike Doyle thanked Flanagan and his officers for checking doors on businesses recently, finding that some had been left unlocked. Meanwhile, some other buildings have been broken into.

“To give everyone a heads-up there are people breaking into buildings,” Doyle said. “In one of our buildings they had it open in three different places, plus they broke a lock off.”

Doyle said he wanted to let the officers know he appreciates them checking doors at night.

“They don’t get enough credit for doing what they do,” he added.

Meanwhile, Flanagan said Bellaire High School is slated to hold drive-thru graduation ceremonies for its Class of 2020 seniors from noon to 5 p.m. Sunday on 35th Street.

“They’re going to do the ceremonies four kids at a time,” he said. “There won’t be problems with traffic; I’ve already notified central dispatch.”

The Bellaire Board of Education finalized plans for high school graduation at its regular monthly meeting this week.

School Superintendent Darren Jenkins previously said a ceremony will be held on the front steps of the high school, outdoors, for each individual graduate and their family.

“We will not have family gatherings. The Belmont County Health Department and the Ohio Department of Education have issued guidelines which we will follow,” Jenkins noted. “Because we will be scheduling each student individually, we will ask families to stand in the park because we’re doing everything on the steps of the high school.”

Jenkins added that masks will be worn by school personnel and recommended for others but not required.