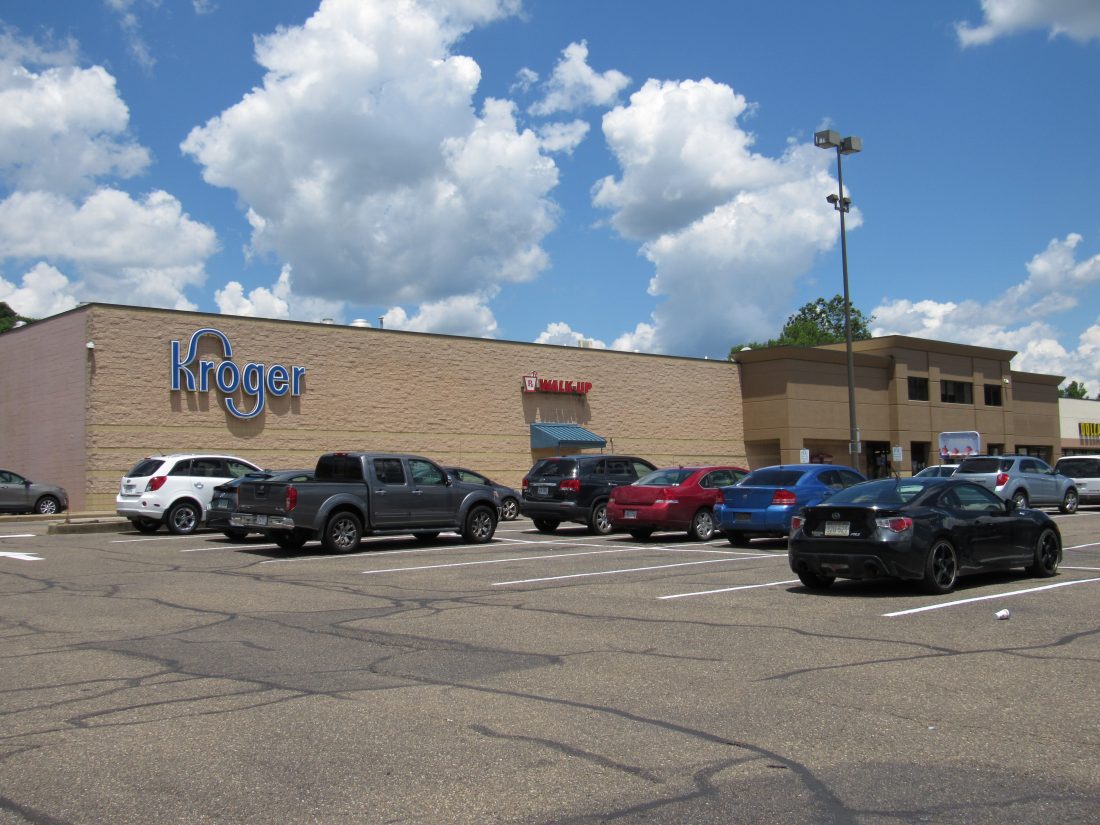 Photo by Shelley Hanson After two of its workers tested positive for coronavirus, the Bellaire Kroger was sanitized per CDC guidelines, a company official said Thursday.

BELLAIRE — After learning two of its workers contracted COVID-19, the Kroger grocery store in Bellaire recently received an extra cleaning in an effort to prevent further spread of the virus.

“We’ve been informed by two associates at our Bellaire store that they tested positive for COVID-19. We are supporting them and wish them all the best in their recovery,” Kroger spokeswoman Amy McCormick said Thursday.

One of the workers was among the group of teenagers who recently came back from a trip to Myrtle Beach, where at least 18 Belmont County residents apparently contracted the virus.

McCormick said “upon learning of the cases, we followed all sanitation and cleaning procedures as recommended by the CDC, communicated with and supported our store team.”

“We will continue to follow guidance from local, state and federal agencies, including the CDC and other health organizations,” she added.

Rob Sproul, deputy health commissioner for the Belmont County Health Department, earlier this week said 18 students and one adult on the trip became infected, along with one person in contact with a student on the trip. Regarding infected workers, Sproul said those employers would be called by the health department. That number is now up to 25.

“Any business who has a positive we will be in contact with them to determine who at that business would be quarantined,” he said previously.

Because of the outbreak among the beach-going students, Bellaire Local Schools decided to suspend its summer extracurricular activities until July 5.

Martins Ferry City Schools also announced this week that one of its students tested positive for the virus, forcing it to suspend its activities for two weeks.