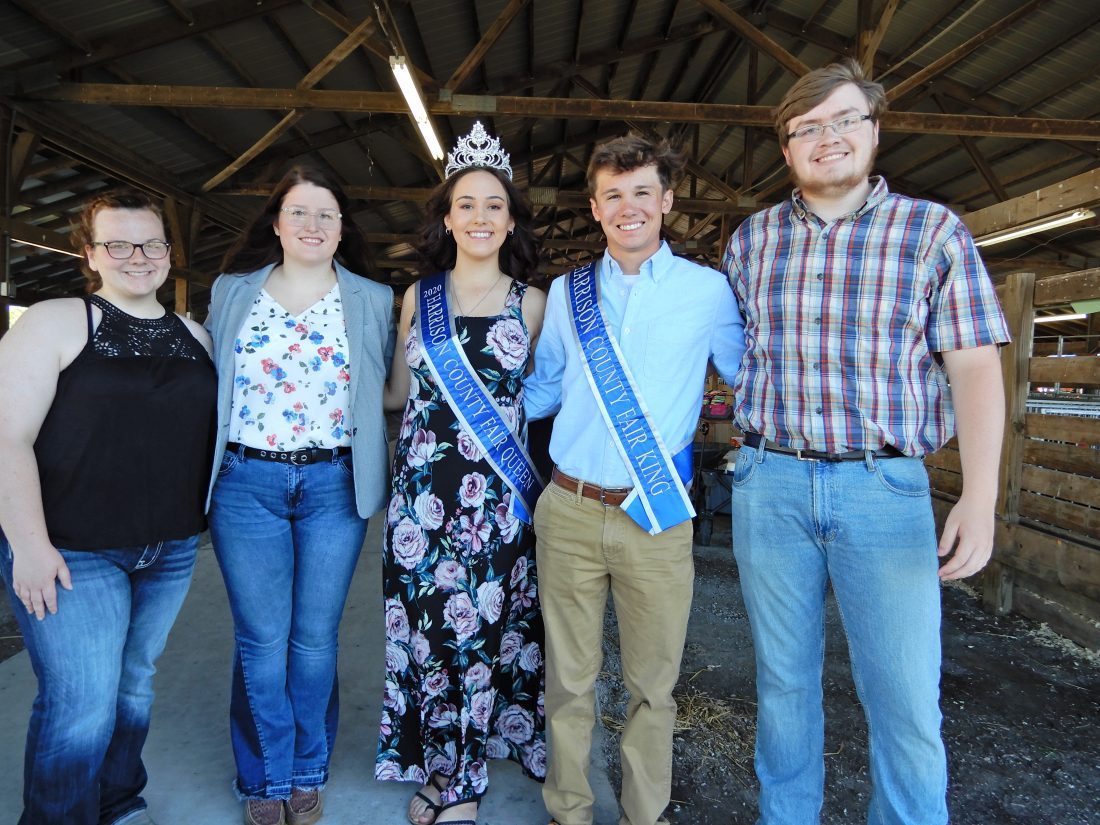 CADIZ — Officials with the 173rd Harrison County Fair have been making final touches on the fair that will be nothing like originally planned or as listed in the program book.

Fair Vice President Richard Eberhart and Director Chris Kellar said the fair books can still be enjoyed, but there is nothing listed for the programs that coincides with the event that was planned before the COVID-19 pandemic hit the nation and played havoc with all Ohio fairs.

The books already had been printed and with the constant changing of rules by state offices and health departments, it was useless to try to keep up, they explained.

Junior Fair board members have worked to get the grounds cleaned and beautified with colorful flowerbeds and the Cadiz Ranchers 4-H Club advisers and members were setting up the tent that would house supplies. Isabel and Brodie Yeager, Ava Huffman and Abbi Kelley were helped the adults pound in stakes for the ropes.

The five food trucks engaged for the fair were setting up Monday despite the mud that had settled in after a rain storm.

Everyone seemed to be in an upbeat mood and that is what working to prepare for a fair is all about. It’s about the youth who worked from late winter or early spring on their chosen livestock project or projects to be sold for money that is likely to be put into savings for a college education or perhaps a vehicle to take them to a job.

Vendors include Karen’s Kountry Kitchen, Fat Boy BBQ, Homemade Soft Pretzels, Winland’s Pork Tenderloin and Crazy Kernels Popcorn. The fair board and dairy board could still decide to open the food stand attached to the commercial building. The commercial building will be set up for those taking a rest from the sale or observing the livestock to come in and have a seat.

A flag-raising by the flag pole was conducted Wednesday morning and the junior fair king and queen were crowned. Katherine Eberhart was crowned fair queen and Bryan Blazeski was named king during Wednesday’s opening ceremonies of the Harrison County Fair. Both are members of the Shamrock 4-H Club.

With the awarding of the grand and reserve champion animals and the top five, the livestock sale will begin at 1 p.m. on Friday. No animals will be brought into the ring and past buyers have been sent their number card and can be seated, with two buyers the minimum seated in the bidding area. Those applying for a card will have to stand in line to obtain a number.