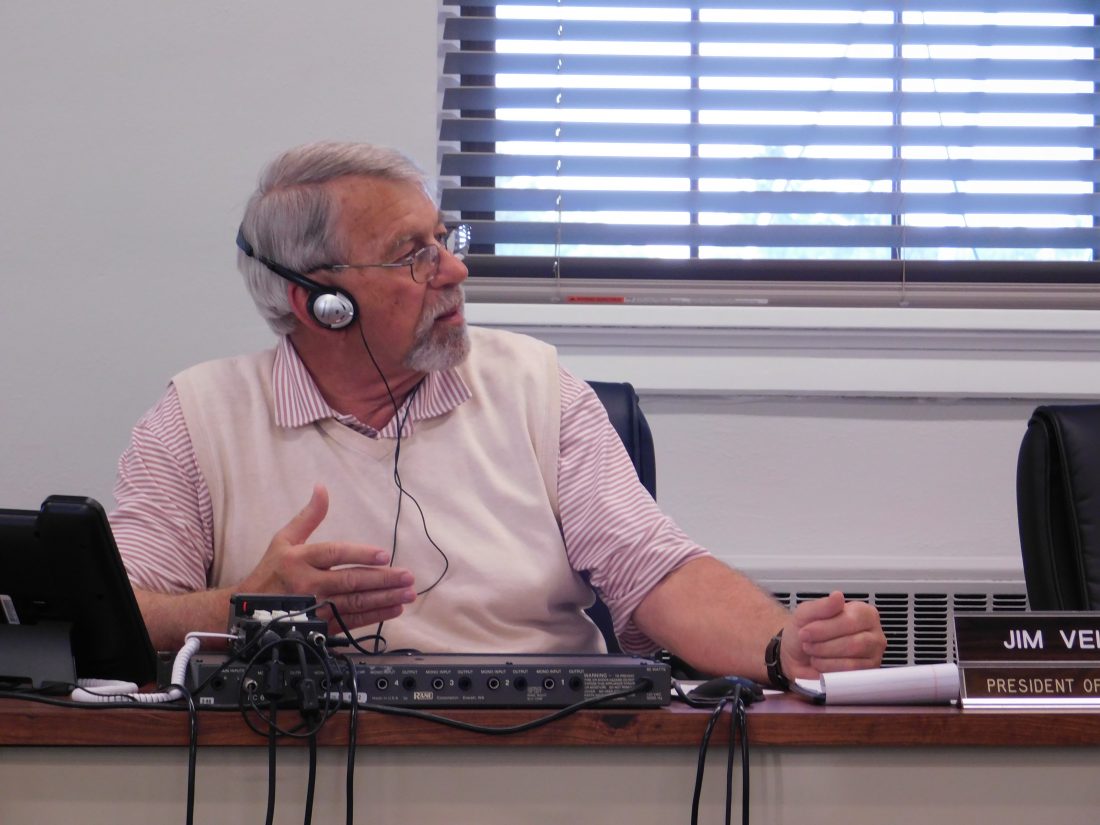 ST. CLAIRSVILLE – The city is holding steady during the COVID-19 pandemic, with business continuing, but some community events have been curtailed and residents going back to work will have some breathing room in paying their utility bills.

“The past two weeks have been very busy,” Mayor Kathryn Thalman said Monday during a teleconference meeting. “I’ve been conducting employee interviews with members of the electric, street and water department. It’s been a wonderful opportunity to get to know the people who keep our city running.”

She also reported meeting with engineer Jeff Vaughn, who is continuing to work with Belmont County officials to discuss moving the hydraulics for a booster station along U.S. 40 that will allow the city to utilize county water, since the Ohio Environmental Protection Agency has mandated discontinuing the water plant and reservoir system.

“He’s also working to get the EPA permit to implement for the discharge and dechlorination for the effluent water,” Thalman said. Meanwhile, she has been conducting Zoom meetings with potential funding sources. “We do not yet have a handle on what we may qualify for.”

Thalman said she is also consulting internet resources for the responsible reopening of Ohio and listening for word of state funding.

at the amphitheatre, which has been cancelled through June and may begin in July. This also cancels the yearly Community Day in June, but a fall event could be planned instead.

“Let’s see what happens through June,” Thalman said. “As more information is acquired, decisions will be made and the information will be put out there. A lot of it depends on the mandates from Gov. (Mike) DeWine’s office.”

Council passed a resolution to extend the waiver of disconnect and past-due penalties on residents’ utility bills through June 31.

“They’re starting to call some people back to work,” Council President Jim Velas said. “Some of it’s reduced hours. … Even though some of these people are getting their jobs back, it’s going to be a little slower. We just want to make sure we’re not creating a hardship on some of these people.”

Thalman said the city is considering when to begin resuming disconnects and penalties, adding other municipalities are looking to July.

“We want to be generous and compassionate, but they’re not free services,” Councilwoman Beth Oprisch said. “We have probably around 167 delinquent accounts that we will need to get straightened out at some point.”

Finance Director Annette Williams gave a financial report on the impact of COVID-19 on revenues and expenditures. She will be able to provide exact numbers soon, but expressed optimism.

“We’re pretty much on target. We’re lower than last year but for our anticipated revenue we are where we should be, and the expenditures are pretty low,” she said.

Councilman Frank Sabatino also commended Lee Anne Pytlak, who had worked in the finance department. He said Pytlak had been dismissed last week by the mayor. Pytlak had worked as a part-time employee in payroll for about two years.

“We want to thank Lee Anne and wish her the best of luck,” Sabatino said.

“She was quite an asset,” she said.

Police Chief Matt Arbenz said incidents had increased last week, with officers responding to 129 calls for services, as well as felony drug arrests. He is also considering possible sites for an impound lot to tow vehicles involved in criminal charges.

Arbenz also said Lt. Michael Troullos, who was injured on-duty two months ago, is expected to be back at work Wednesday.

Next meeting, Sabatino will provide information about any increases in calls from the Cumberland Trail Fire District.

At 8:33 p.m. council went into executive session for matters of personnel. Thalman said the candidate to be considered could call in to speak. Council exited the executive session after about an hour and took no action.

Thalman also acknowledged Karen Iles Burge for her service on the city’s board of architectural review. She passed away last week.

About 11 members of the public tuned in to listen.

Velas said the teleconference meetings are expected to continue through June. He could not speculate on what July might bring.