Cans may be purchased from the city 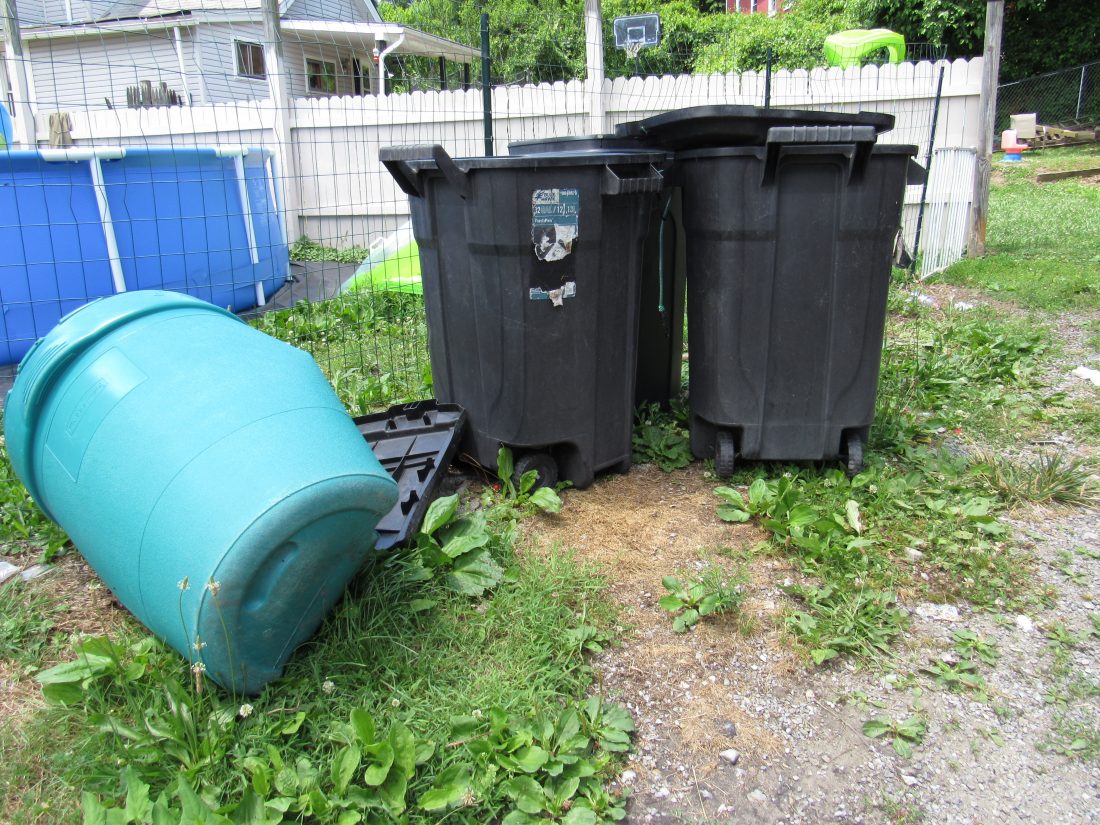 “We’re going to start enforcing lids and cans. If you don’t have a can with a lid you can be cited into mayor’s court,” Davies said.

Councilman Bruce Shrodes has expressed concern about people not taking care of their garbage during past council meetings. Davies said the related ordinance already is on the books and the city needs to enforce it.

The ordinance permits residents to use three, 32-gallon cans with lids.

Davies conceded it can sometimes be difficult for people to keep their lids on their cans because of racoons and other animals getting into them. But people need to fasten their can’s lids to the cans so they do not get lost and to help keep critters out. He said zip ties can be used or bungee cords.

To help people out the city is selling cans at cost to residents who want to purchase them. The cans’ lids will be zip-tied so they will not get lost, and the resident’s address will be painted on the side in case it blows away during a storm.

The cans are $25 apiece. Cans can be paid for in $5 installments over five months on a utility bill if one cannot afford to pay it all at once. To order a trash can, call the utility office at 740-633-6151.

Davies said enforcing the trash can ordinance is all about trying to keep the city clean and improve it for everyone.

“People have to be responsible for their own actions,” he noted.

The city has purchased 20 cans from Ferry Hardware and is selling them at cost.