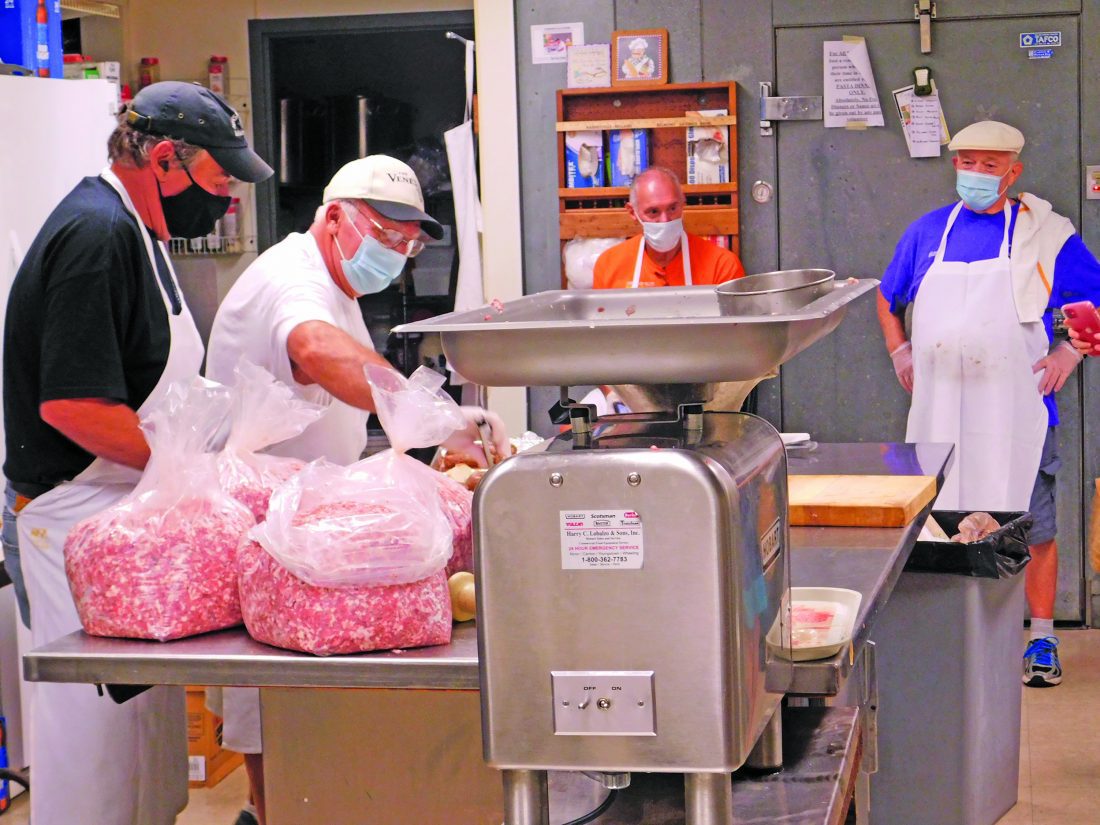 BELLAIRE — The Ohio Valley Italian Heritage Festival may have been canceled by the coronavirus pandemic, but the Sons of Italy lodge in Bellaire is continuing its summer tradition of making and selling sausage sandwiches.

The sale gets underway at 11 a.m. Friday and continues through Sunday evening at the lodge.

On Tuesday, members were hard at work processing the meat into sausage. They still used the lodge’s authentic Italian recipe, just as in past years, but with more precautions.

“It is the week of the Italian Festival, the Bellaire Sons of Italy lodge has been involved in the festival since the beginning … so we kind of thought we would just carry on the tradition of selling or famous sausage sandwiches,” lodge President Mike Dossie said. “We’re making about half of what we did last year. Last year, we made about 3,000 pounds. This year, we’re making about 1,500.”

In addition, this year the Italian-American club will be selling fresh, homemade sausage by the pound.

“You can come in, get two or three sausage sandwiches, and you can take out 5 pounds of fresh, homemade sausage, and we’ll even tell you how to cook it like we do here. We’re really excited about this weekend, to keep that tradition going,” he said.

Dossie said the sausage stand at the Italian Festival has been the lodge’s chief fundraiser. He also reminds the public that the lodge continues to serve pasta and meatballs or sausage from 4-7 p.m. on Thursdays for carryout only at the lodge site, 3348 Belmont St., Bellaire.

He added that customers of the sausage sale will be allowed to eat in the dining room, but all of the state’s safety guidelines will be followed.

“We’re going to be very careful,” he said. “Everything is served in a carryout (container), but if you want to sit here and eat, that’s OK.”

Dossie said some older residents may be afraid to visit the lodge due to the pandemic, but he said the Sons of Italy volunteers are taking precautions, including taking workers’ temperatures and requiring protective gear.

“Everybody’s wearing a mask, we’re all wearing gloves, we’re taking all the precautions the state of Ohio requires us to do,” Dossie said.

Dossie declined to speculate at this point what the loss of festival proceeds money will mean to the organization’s ability to continue its community service projects and scholarship awards to area youth.

“We’re month-by-month deciding,” Dossie said. “It depends on what the governor does and what the state of Ohio does.”

He said the public has been excited to hear that one aspect of the Italian festival is continuing.

“The response has been overwhelming. People have been calling. They want to pre-order sausage,” he said. “We’re trying to get the message out. We’re trying to keep the tradition going of the Italian festival, have our own little festival here in our lodge with our sausage, and we hope everyone will come and enjoy.”

He commended the volunteers at work in the lodge kitchen.

The pandemic has canceled many beloved festivals and events this year, and travel is cited as the chief cause of new cases in Belmont County. The health department continues its contact tracing with every new case of the coronavirus. On Tuesday, Belmont County Deputy Health Director Robert Sproul reported a total of 617 positive cases compared to Monday’s 616, with 543 recoveries. There were 46 patients with active illness not requiring a hospital stay compared to Monday’s 44. Sproul said one of the six people hospitalized with the virus may have recovered and could be released soon. A total of 23 residents with the virus have died, including nine inmates at Belmont Correctional Institution. 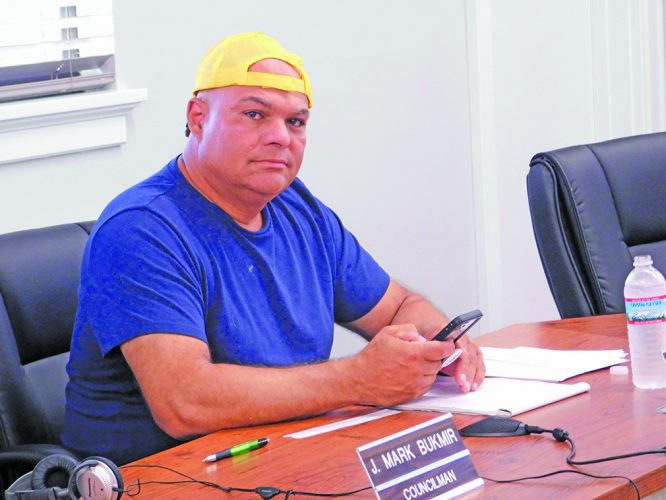