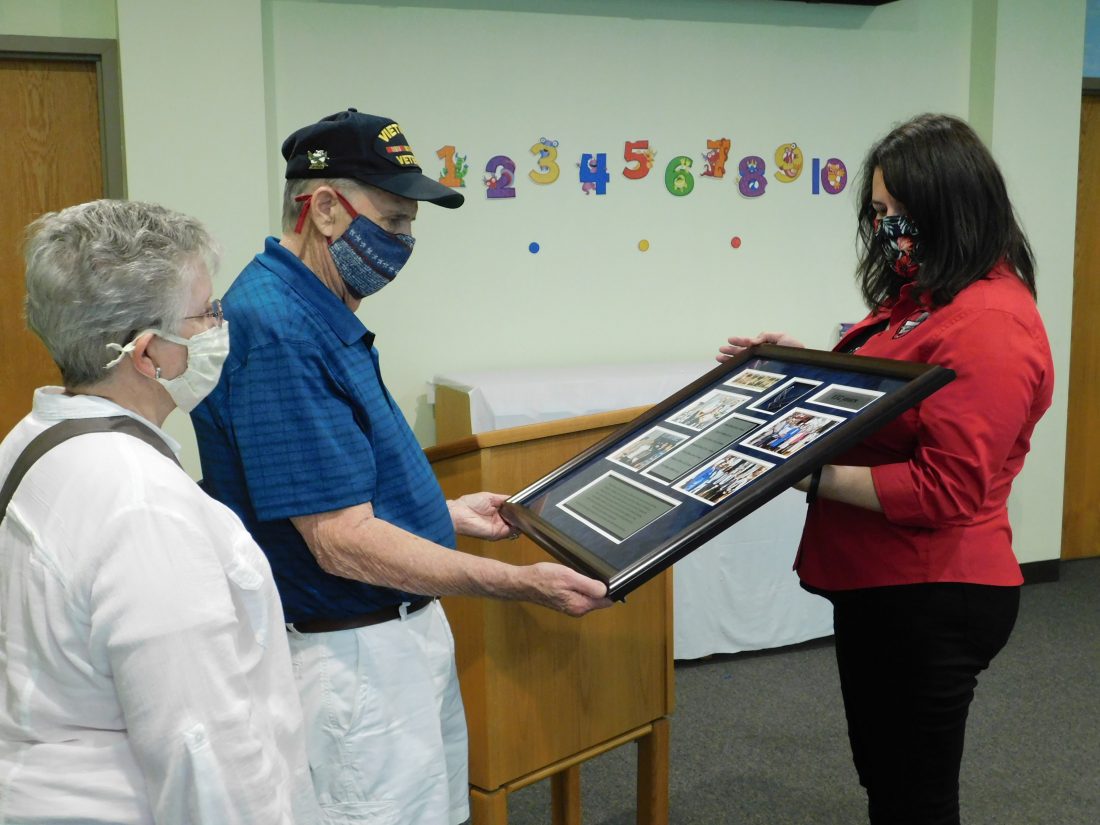 T-L Photo/ ROBERT A. DEFRANK Katie Bradshaw, right, presents a plaque honoring the seven Litten brothers for their combined 132 years in the Air Force. Larry Litten and wife, Leona, observe. The plaque will hang at Victoria Read Library in Flushing.

FLUSHING — A plaque honoring the seven Litten brothers and the Flushing natives’ combined 132 years of service in the U.S. Air Force will hang at the Victoria Read Public Library.

Larry Litten of Dayton was present, representing the seven brothers. Six of them retired with 20 years of service or more. Four of the seven brothers, David, Steve, Larry and Jerry, and still living. John, Ken and Art have passed away. They came from a family of 11 children.

Larry Litten recalled his roots in the area.

“It hasn’t changed a lot,” he said. “Some new buildings. Things are a little cleaner…this has been my home town and it always will be.”

The brothers began joining around the time of the Vietnam War.

“I enjoyed it. I worked on the airplanes. I liked working on planes. Two of my brothers worked on planes too. The other four worked in administrative fields,” he said.

Katie Bradshaw, an Air Force veteran and student at Wright State University in Fairborn, Ohio, interviewed Larry Litten and his brother, Jerry, to preserve their stories at the Library of Congress as part of the Veterans Voices program.

A bench honoring the brothers will also be set up at the Wright-Patterson Air Force Base museum in Dayton.

Bradshaw said the commemoration at Dayton has been held up by the coronavirus pandemic.

Kim McCarthy, candidate for Ohio State representative, 73rd District, assisted in setting up the fund drive for the bench and promoted it through her campaign. She was present to congratulate the family.

“I just thought that was an incredible accomplishment for one family,” she said. “(Larry Litten) lives in my district right there by Wright Patterson Air Force Base, and he had been trying to get some recognition. … Running for office, one of the good things about it is having the opportunity to meet people like this and be able to help.”

She said the response was enthusiastic and they quickly surpassed the goal of $5,000.

McCarthy also presented a copy of a letter of commendation for the family from U.S. Sen. Sherrod Brown, D-Ohio. The genuine letter will be framed and received soon.

“It’s an honor to us, to be able to be the host of something like this and make it available to the community,” Library Director Anthony Orsini said. “I had no idea. I think most of our community doesn’t know, and to make them aware is really important.” 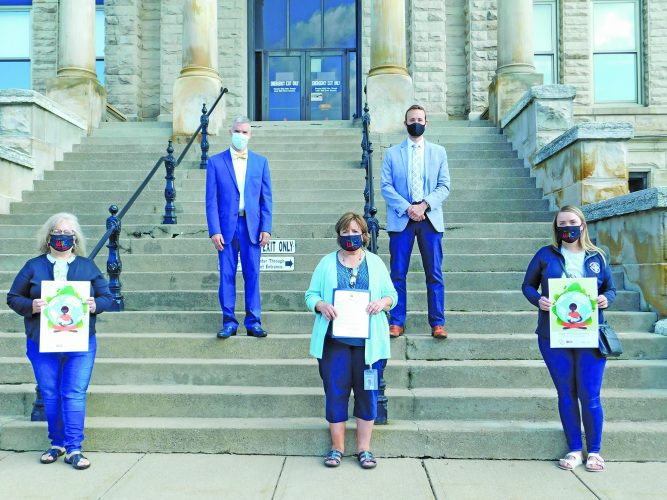 SCIO — A suspect in an Akron homicide was taken into custody after a brief standoff in Scio on Monday. ... 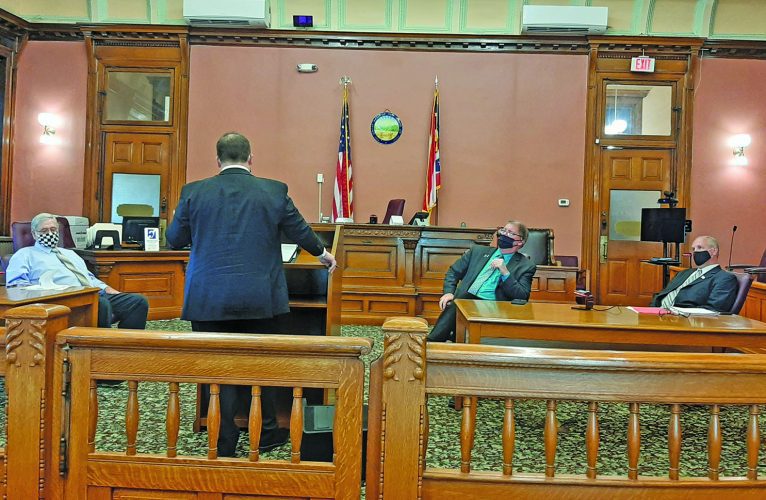