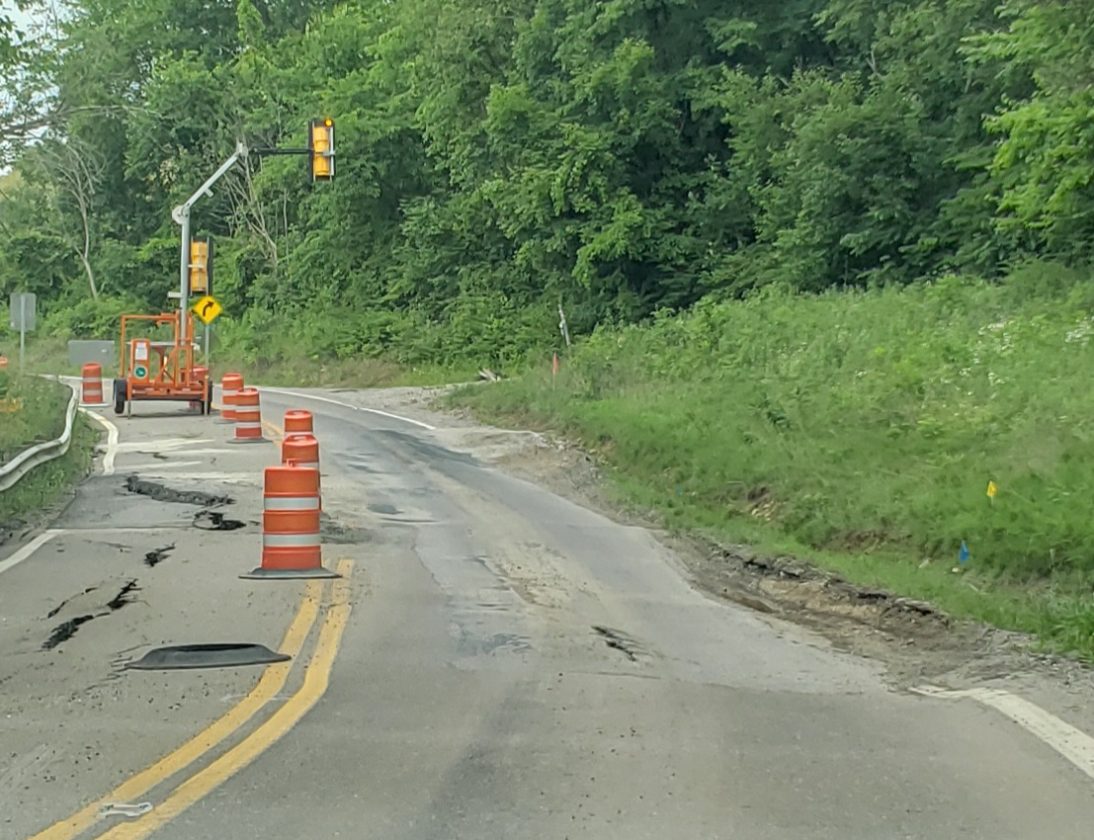 ST. CLAIRSVILLE ­– Planned projects and unexpected slips and repairs are snarling traffic on a state highway both north and south of the Belmont County seat.

A portion of Ohio 9 in St. Clairsville is set to close mid-month for an upcoming project.

The Ohio Department of Transportation announced that Ohio 9 north of St. Clairsville will close for a total of 34 days to allow crews to perform a culvert replacement project.

“It’s one project but there are two culvert replacements ­– one on Jug Run (Road) and one on Vineyard (Road),” she said.

The two separate replacements will occur consecutively within the 34 day time frame, she said.

The first closure will begin July 13 on Ohio 9 south of Jug Run Road in the Provident area, during which the roadway will be closed for 15 days.

The second closure is scheduled to begin July 27 on Ohio 9 just south of Vineyard Road. The road will be closed for 19 days for that work.

Borell said the project’s completion date is slated for Sept. 30.

Meanwhile, Ohio 9 south of St. Clairsville toward Warnock is reduced to one-lane due to a road slip. Borell said the slip occurred in late February or early March.

“It’s just how the lay of the land is. It caused the slide (in the road),” she said.

Ohio 9 is a winding road in that area, where it runs along ridges and guardrails protect against motorists plunging over embankments. It carries a large amount of residential traffic as well as numerous trucks hauling water, sand and chemicals for the natural gas fracking industry.

Borell said the department is in the process of planning the impending project south of the city; however, no start date has been set.

The road remains reduced to one lane in the area of the slip with temporary traffic signals controlling the flow of vehicles.