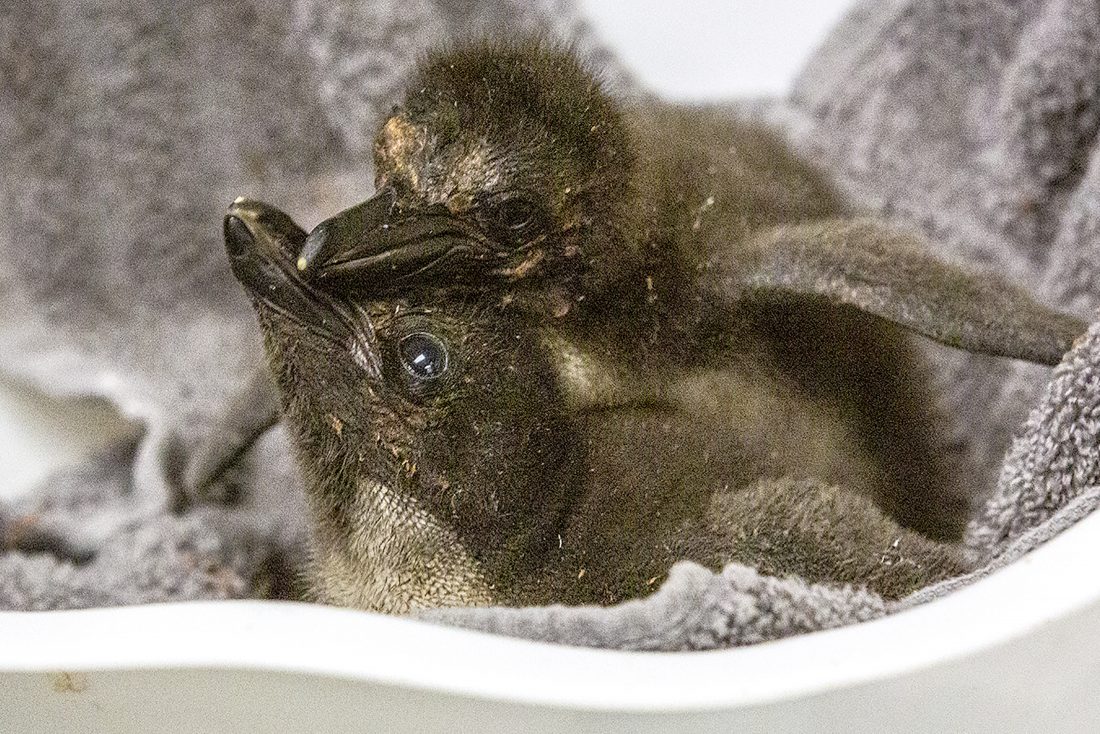 Their eggs were flown in from SeaWorld San Diego and hatched in incubators in Kansas City, the zoo announced Tuesday. It is the first time in the zoo’s 110-year history that it has been home to this species of penguin.

Zookeepers are raising the chicks by hand, which includes giving each of them up to six feedings a day of a mixture of herring, krill and vitamins.

The food is working, as the chicks continue to gain weight, the zoo said. They averaged only 3.25 ounces at birth but are gaining 10% to 15% of their body weight every day. They’ll eventually grow to be about 10 pounds and 2 feet tall.

The chicks are hidden from the public, for now, but are expected to join the general exhibit in the next few weeks.

Macaroni penguins are listed as vulnerable to extinction.

They get their name from the bright yellow crest of feathers they’ll eventually grow above their eyes because in the 18th century, a gentleman who wore flashy feathers in his cap was known as a “macaroni,” the zoo said.

Districts go round and round on bus plans

HARRISBURG, Pa. (AP) — School districts nationwide puzzling over how to safely educate children during a pandemic ...

COLUMBUS, Ohio (AP) — Ohio children in kindergarten through high school will be required to wear masks if they ...

CINCINNATI (AP) — Jason Dominguez remembers vividly his last conversation with David Kreuter, as they were doing ...