Letting Christmas past brighten the present 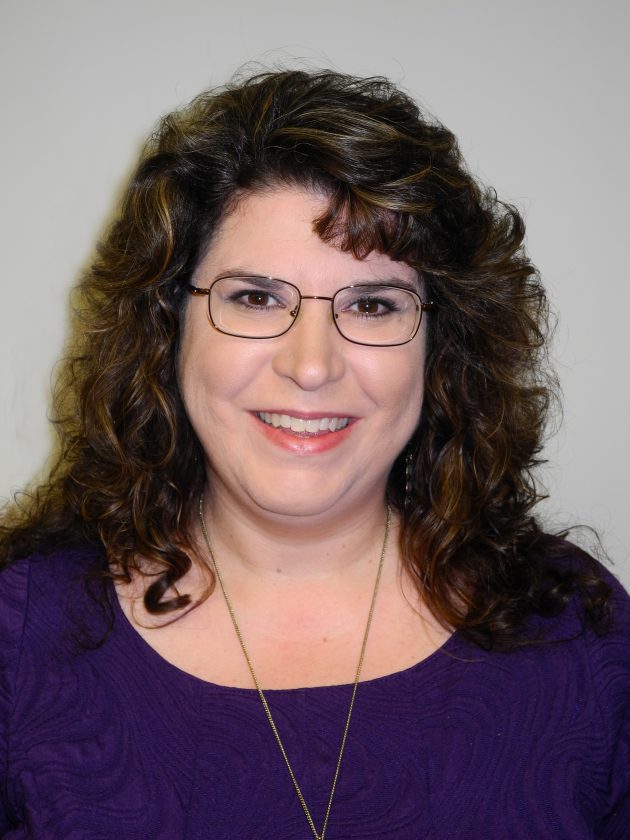 As I prepare to celebrate Christmas with my family this week, I find myself reminiscing about Christmases past and some of the experiences that are uniquely mine as well as those that I’m sure many of my peers will recall.

Some of my favorite holiday memories involve music. It seems that throughout my life, the holiday season has been marked with music in some form or another.

In prior years, I’ve written about my mother’s family, the Lamberts, and their infamous evenings of singing Christmas carols at my Uncle Vernie’s home in Jackson, Ohio. A talented bunch, my relatives attracted the attention of many friends and neighbors who would stop by to watch and listen.

But that certainly isn’t the only holiday music I have helped to make.

Some of my earliest memories involve watching as my late mother, Grace Compston, sang with the choir at Belmont United Methodist Church. During many of those years, the choir would perform a cantata, and my late dad, Jim, would take me to watch. Those evenings are the only times I remember my dad ever going to church.

During those same years, I would join other children of about my age in putting on a Christmas play. It seems like our “productions” consisted mostly of us donning costumes and posing in a Nativity-type scene at the front of the sanctuary. I recall that I served as Mary, mother of Jesus, several times. I think that probably was because I had long, dark hair.

As I got a bit older, I was recruited to join Mom in the choir. I must have been about 10 years old the first time I was asked to sing a solo for a Christmas concert at church. Charlie Tobias was our minister, and he rearranged the ending of “Silent Night” to better suit my voice at the time. I believe he accompanied me as I sang, but I was so nervous that the details are a little hazy.

Outside of church, I participated in similar musical programs at Belmont Elementary School. My classmates and I – people like Matt Heusel, Donnie Kline, Dana Blake, Tadd Stephens, Mike Wilson, Jody Brown, Luran Williams, Chet Baker and several more – usually joined students two to three years younger and older than us on the stage in the gym, lining up on risers and smiling at the crowd.

Miss Marian Martin was our music teacher, and she did her best to polish our performances before our parents arrived. She encouraged us to “sing out” and project so that the crowd could hear us. In addition to preparing us for our programs, she also made sure we had plenty of fun in class just singing holiday and patriotic songs we enjoyed throughout the entire year.

I sang a few solos during those programs, too, including one I especially remember called “Special Gifts.” But those performances didn’t make me nearly as nervous – perhaps because school didn’t seem as serious as church.

Later, Mr. Jim Ellis was our junior high music teacher, and he also had us perform on stage just about every year. Our classes were larger at that point and, of course, we were more difficult to deal with as adolescents. Still, I always enjoyed singing those holiday tunes, even when many of my classmates didn’t think they were cool.

As a band member, I also participated in holiday concerts that involved little or no singing. That was true in both junior high and high school at Union Local. I played various instruments, depending on the ensemble. But whether I was playing clarinet, saxophone, piano or something else, I almost always played the part of the familiar old melodies.

Those tunes had become a part of who I was, thanks to the stereo that sat in the entryway to our home. I remember Dad bringing it home when I was about 3 years old – a Mother’s Day gift for Mom, I believe. I still have that piece of equipment, which is housed in a large, dark wooden cabinet – and I still use it.

When I was small, Mom would play Christmas records all day long on it as the holiday approached. She played selections from Sandler and Young, Fred Waring and the Pennsylvanians, Nat King Cole and many other artists. Those were some of the best days of my life, perhaps because my mother was so happy to be singing along while she baked some holiday favorites. Or maybe it was the fudge that I believed she made just for me. Whatever the reason, those days had the feeling that I like to hold on to at Christmastime.

What memories do you have that give you that feeling today?

Whether you recall snuggling up by a fireplace, driving around with your family to look at Christmas lights, reading a favorite holiday story together or participating in a gift-wrapping session, I encourage you to take a few minutes this holiday season to think back on those fond memories.

Today’s fast-paced lifestyle can make it difficult to recapture the Christmas spirit year after year. That’s why it is important to remember what has made the holidays special for you and yours in the past, and to reflect on how you can recreate that feeling as you celebrate in the present.

So, as you make your way through these last days before Christmas, take a little time to truly enjoy. If you haven’t found the perfect gift for everyone on your list, that’s OK. The real gift you should give them is your time, love and attention. Put your phone down and focus on the people who are with you during your celebrations.

And maybe, just maybe, you should put an old Christmas record on the turntable to help recreate the perfect holiday atmosphere. I know I will.

Do something more positive today

Last week was a struggle. In life, I have experienced losses, failures and challenges. This feeling was ...

Theft of U.S. research must be stopped

The United States is home to the best universities and research institutes in the world. The work being done in ...

Relish the opportunity to stay at home

Stay home! That seems easy enough. Goodness knows that at many workplaces in America, you hear all too often how ...

A time for truth — weathering crisis together

Thursday evening, I was a guest on the nationally syndicated Jim Bohannon radio show. For me it was an honor. ...

Changing times and things you can count on

Last week was a doozie. Seven days ago, we were just hearing that the novel coronavirus was starting to spread ...

The strange little man currently on trial for a 2000 murder in Los Angles admits he has killed before. He is now ...