River has little trouble in win at Magnolia 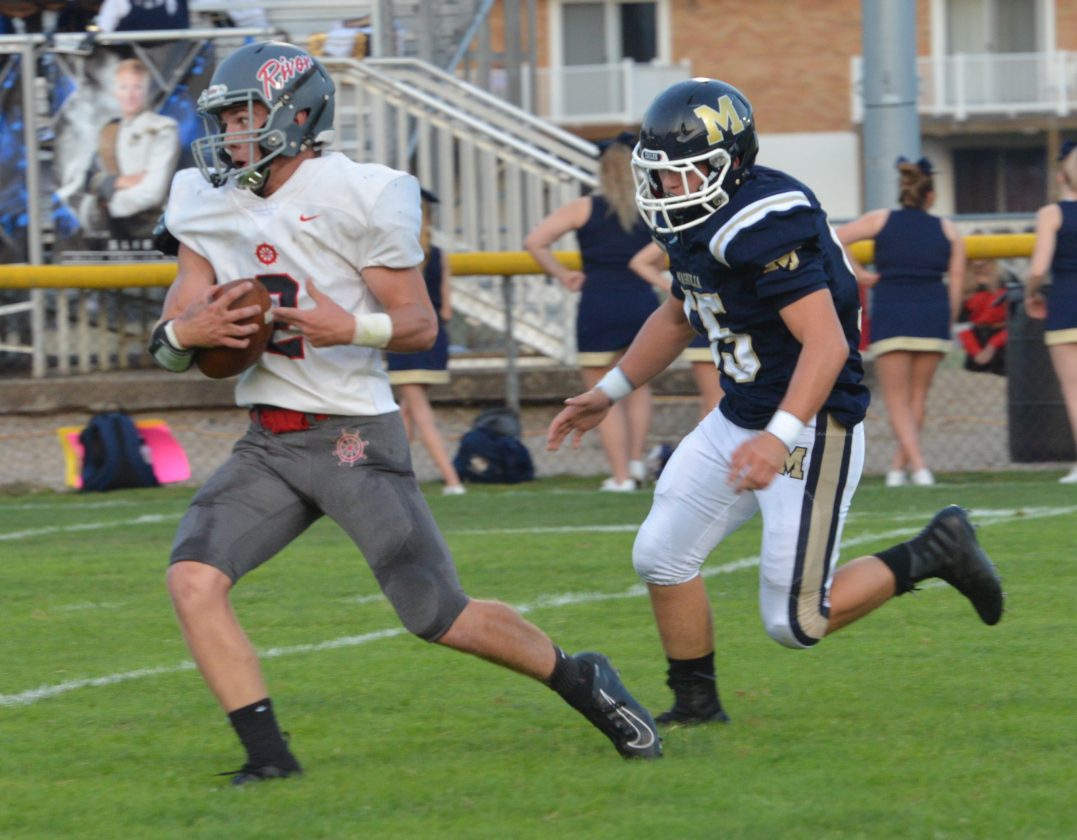 NEW MARTINSVILLE — If there was any doubt in River coach Mike Flannery’s mind of what the strength of his team would be this year, it was put to rest on Friday night.

The Pilots ran for 282 yards and four scores on 38 carries as they rolled past Magnolia 34-14 at Bill Stewart Memorial Stadium.

Carter Dennis paved the way with 127 yards and three touchdowns on 13 carries, while Michael Johnson rushed 11 times for 108 yards and a score.

“We’ve been searching for an identity a little bit,” Flannery said. “I think we’ve got it. We’re a run team but we have to be able to mix things up in order to continue with the schedule we have ahead of us with Barnesville and Shadyside.

“We’ve been battle tested with teams like Bellaire and Southern but we’re ready for the rest of the schedule, now. We’ll just play one game at a time and I thought we executed things well (Friday).”

When the time comes for Flannery’s squad to mix in the pass more, quarterback Stone Thompson showed he is more than capable of rising to the occasions.

Thompson only needed to complete 3 of 8 to reach the 100-yard plateau, while throwing a touchdown.

On the other end of the ball, River’s defense was near perfect in the first half and its first string shutout the Blue Eagles.

River held Magnolia to eight yards and one first down in the first half. In fact, the Eagles went three-and-out on their first four possessions of the game and didn’t move the chains until the 9:49 mark of the second quarter.

“Our No. 1 defense shut them out,” Flannery said. “Coach (Eric) James did a good job of preparing them. He had them ready and our kids answered the call.”

Flannery watched his offense start fast as Johnson took the handoff on River’s first possession of the game and raced 64 yards to paydirt for the early 6-0 edge just 1:52 into the action.

The Pilots set up shop near the 50 after another Magnolia punt on its next drive. This time, Thompson hit Avery Creamer for a 29-yard gain and Dennis plunged in from a yard out to put his team up 12-0.

River’s third straight scoring drive to start the contest came when Thompson pitched the ball to Dennis, who cut back, found a hole and accelerated 45 yards for a touchdown.

Even when River didn’t score, it controlled the ball and took time off the clock.

Though they didn’t come away with points, the Pilots ran the ball and ran 7:57 off the clock late in the second quarter, which limited Magnolia’s chances to creep back into it as River led 20-0 at halftime.

“They did what we saw on film,” Magnolia coach Dave Chapman said. “They cave the front side and they have movement. We just didn’t get any penetration. They were playing on our side of the ball both ways.

The momentum carried into the second half as Johnson spearheaded another touchdown drive with a 30-yard kick return as he carried defenders for at-least 15 yards into Magnolia territory.

His partner in crime, Dennis, capped the drive with a 5-yard burst into the end zone for a 26-0 upper hand.

Thompson got to the 100-yard mark with a 56-yard touchdown pass to Colton Lawrence to go up 34-0.

One positive note for the Blue Eagles was the aggressive running of 5-foot-4 running back Jason Beisel, who ran for 84 yards on 15 carries.

Beisel sparked Magnolia’s first scoring drive with a 16-yard run, before James Stillwagoner found the end zone from 29 yards out.

Beisel got a score of his own on a 37-yard touchdown run as he ran through tacklers on his way to a score with 46 seconds remaining.

River finished with 382 yards of offense, while Magnolia tallied 149. 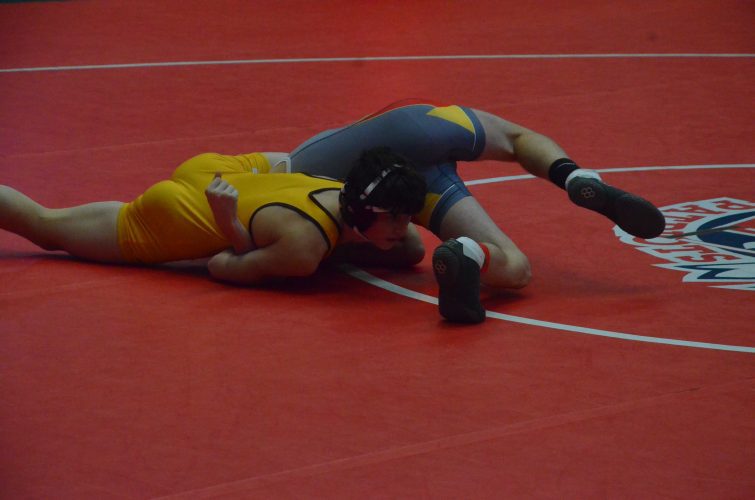 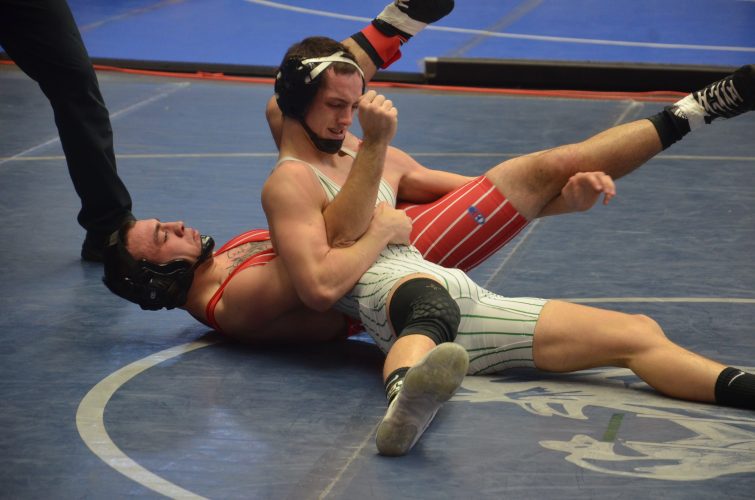