Morgantown too much for Shadyside 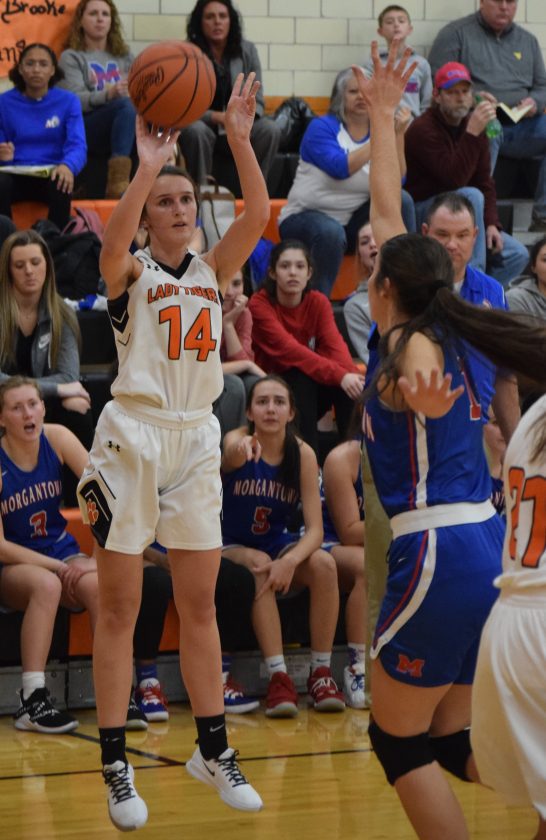 SHADYSIDE — Serge Gentile knew exactly what he was signing his team up for when Shadyside agreed to play Morgantown.

Playing a West Virginia Class AAA opponent, which a perennial power in the state as well as in OVAC Class 5A, is a tall task.

Such was the case Wednesday evening when the debuting Mohigans visited the Belmont County school for the first time.

Shadyside — for the second straight outing — struggled with its 3-point shooting and couldn’t manufacture enough offense inside the arc to offset Morgantown’s post game and dropped a 41-34 decision.

“The effort was there and we did a lot of things better than we did (against Monroe Central),” Gentile said. “This was a really good test for us. Morgantown’s really good, big, physical and I thought we’d compete well, which we did, but the ball hasn’t been going in for us.”

Shadyside (2-2), which trailed by as many as nine in the second quarter, scored 11 of the game’s next 12 to close the first half and take a 20-19 lead into halftime.

The Tigers used their defense to turn some turnovers into run-out chances to spark the spurt. However, those chances were limited in the second half and so were the clean looks at the bucket.

“Their length and athleticism allowed them to get out on our shooters,” Gentile said.

“We have to be able to find a way to score two-point buckets. Right now, we’re struggling. I have to figure out a better way to produce some better looks for us (from two).”

In the third quarter, talented Morgantown junior Kaitlyn Ammons, who has Division I collegiate offers from upwards of 20 schools, got going after being saddled with foul trouble most of the first half.

Ammons scored five in the third and hit a big 3-pointer early in the fourth to allow the Mohigan to gain some separation.

All told in the third, Morgantown outscored Shadyside, 10-4.

“We talked about trying to stay even keel because we knew there’d be some times where we played well and other times when we don’t play so well,” Morgantown head coach Jason White said. “We just had to keep working, and I am very proud of it was a team effort. Every kid had their role and I am really excited about how well we played defensively in the second half.”

In the fourth, Morgantown pushed its lead to as many as eight at 37-29 and Shadyside couldn’t get closer than five, which it did twice.

Half of Shadyside’s points came from talented junior Tory Hendershot. No other player for the Tigers scored more than five.

“We weren’t able to drive (against Monroe) because they were sagging off of us and we shot 30 uncontested 3s, but (against Morgantown), they were probably all contested. We are what we are (size wise), so we don’t have anyone we can just throw it into for a bucket. We need to get stops to potentially get us some easy chances, but it was just tough for us to score.”

The Tigers are off until Monday when Linsly visits.