BARNESVILLE — As high school wrestling takes center stage on the local prep athletic calendar this week with the Ron Mauck OVAC Championships, the Ohio Valley’s rich mat tradition will be on display for all to see.

The OVAC event is one of the largest in the nation. It requires lots of planning, as hundreds of participants and thousands of fans will converge on downtown Wheeling for the three-day extravaganza.

There’s no question the Ron Mauck is the largest wrestling event staged in the area each season. During the rest of the campaign, however, other prestigious meets are conducted, each with their own storied history.

One of those takes place each December in Barnesville.

The Doan Ford Invitational has been a staple on the area mat calendar for 50 years. It’s representative of how a community can come together to welcome hundreds of wrestlers and their fans, and do it with success.

Clint Abbott has been entrusted with keeping the meet’s traditional alive.

When Abbott joined the staff of Barnesville Schools, one of the first things he did was go to then-director Jeff Crosier and inform him he’d like to be part of the invitational’s operations. After all, he’d been training for it almost his entire life.

“I’ve been involved in wrestling since I was 4,” Abbott recalled. “Growing up, I can remember, as a child, making wrestling brackets and putting various things in those.

“I used to run other tournaments in the area and I always loved the Barnesville tournament.”

Abbott, who also oversees the Division III sectional in February at Barnesville, competed in it as a wrestler at Beallsville in the mid 90s. Now, he’s running the show and making sure its large contingent of teams have everything they need.

“It’s non-stop and there’s several aspects to it,” said Abbott, also in his seventh year as principal at Barnesville Elementary School.

“Making sure he kids have a place to change, making sure there’s places for spectators, setting up officiating,” Abbott cited as some of his duties. “To be honest, I start recruiting teams in February.”

Abbott said there’s a waiting list to be part of the tournament, which is now a favored destination for teams from outside the tri-state area.

“Jeff mentioned to me early on there are two priorities,” Abbott said. “We want to make the tournament as competitive as possible, as teams use (the tournament) as a good measuring tool for early in the year. Secondly, we want to bring in talent from outside the area that can helps showcase the talent in the valley, as well.”

Abbott said he reaches out to about 100 teams annually in an effort to bring in. He said a team from Kentucky is interested in participating this December, if its schedule allows.

Abbott can be seen during the tournament mainly at the head table inserting scores into his laptop that have been brought up to him by a trusted staff of runners. Those runners, along with the table workers, etc. are the backbone of the event, Abbott said. He’s merely a caretaker.

“I’ve had some of the same table workers for eight years now,” he said. “Everyone takes pride in (the tournament). They want people to leave saying they enjoyed their time here. That’s our goal.”

Consistency has been a hallmark in Barnesville. During the event’s 50 years, it’s only had four directors. In addition to Abbott and Crosier, Mr. Mat honorees Darrell Davis and Dave Kovalick has also manned the ship.

“We have such a good group of people helping that once we started, everything runs smoothly, almost by itself,” Abbott said.

“I’m mainly trying to keep up what everyone else started. It’s not just one person.”

STEUBENVILLE - One thing could be stated for sure about Friday evening’s contest between visiting Bellaire and ... 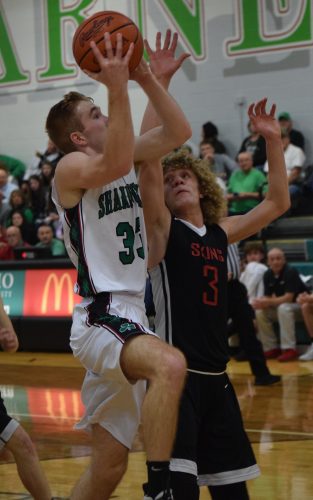 MARTINS FERRY — Logan Smith was impressive scoring 11 of Martins Ferry’s first-half points, but he saved the ... 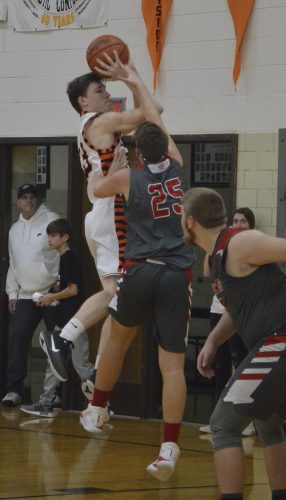 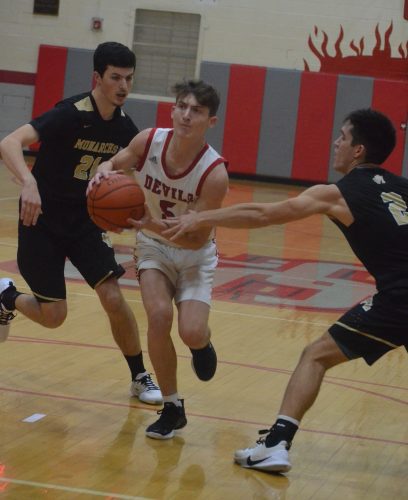