The Patriots accumulated 194.75 points, which was 21.25 behind the winners. St. Clairsville finished sixth with 125, while Oak Glen was ninth with 81.

The Red Devils were led by OVAC Ron Mauck Tournament champion Koen Kish (126). The junior moved to 25-2 with a 7-6 decision over Erie Cathedral Prep’s Kaeman Smith. Kish recorded two pins and a pair of decisions en route to his title.

Oak Glen’s Peyton Hall (152), who recently won his third OVAC Rom Mauck Tournament title, also continued his torrid streak by pinning Erie Cathedral Prep’s Marques McClorin in the finals. It was his fourth fall of the event. He is now 34-2.

AT MILLERSBURG, Indian Creek (167.5) finished third in the team race, while Barnesville (98) tied for ninth.

AT WELLSVILLE, Shadyside’s Jakob Klug (170) finished second . The Tigers were ninth with 55 points.

STEUBENVILLE — River scored the game’s initial 12 points, then held on from there to earn a victory. Alli Long led the way for the Pilots.

Alec McBane and Andrew Pugh paced the Wildcats with 13 points each and Noah Woods followed with 12.

STEUBENVILLE — Casadie DiBetta won the breaststroke (1:07.06) and the butterfly (1:02.91) to lead the St. Clairsville girls to victory. 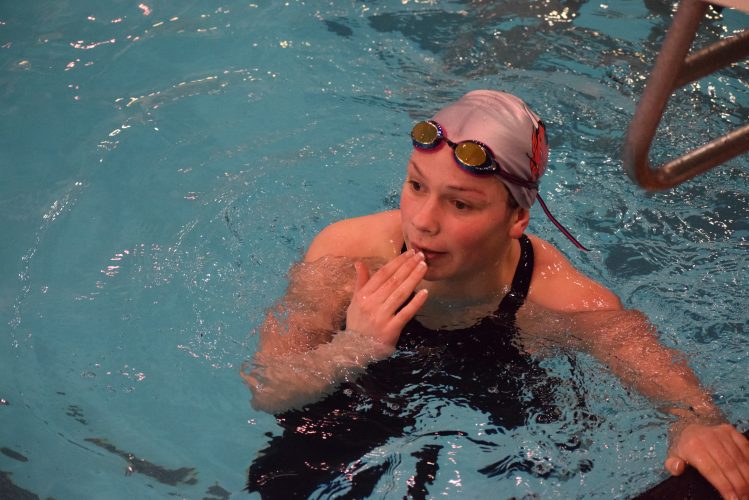