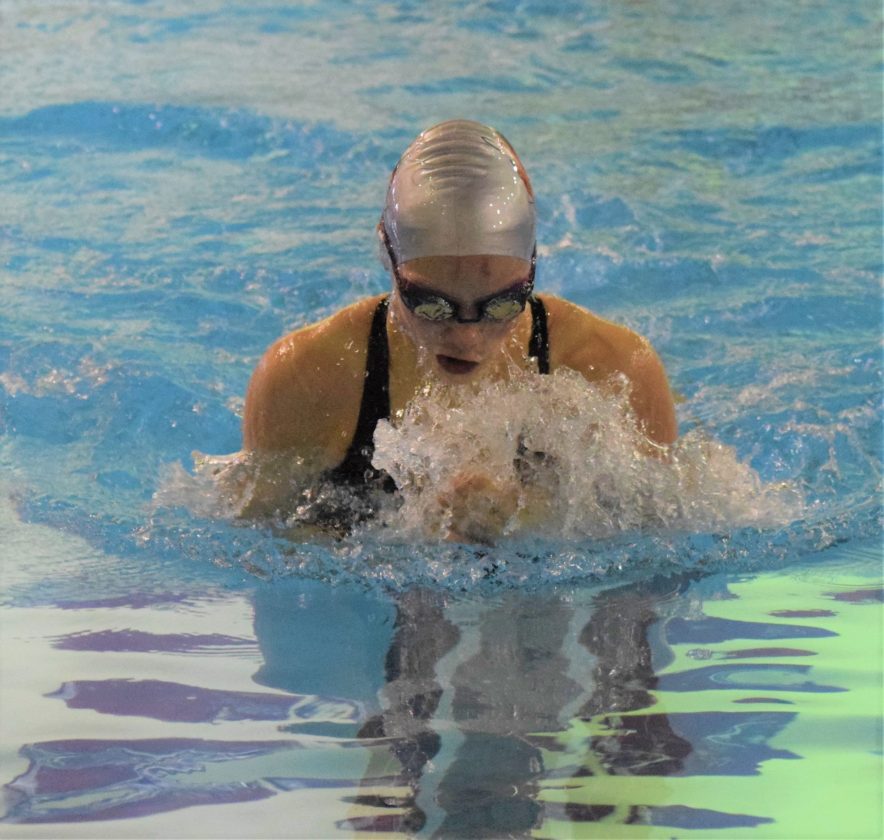 Both schools qualified at least one competitor to next Thursday’s OHSAA State Swimming Championship in Canton by virtue of a top-two finish at the combined East, Central and Southeast District Championship meet held at McCorkle Pavillion on the Ohio State University campus.

Though St. Clairsville qualified four swimmers in two events and Martins Ferry is sending one, both could see their event listing for next week increase.

The other Division II districts will be held on Friday at various sites around the Buckeye State. Once those are completed the remainder of the field, including at-large bids for Canton will be finalized.

“We have both boys and girls with some real chances of at-large bids,” Banks said. “But, whether they make it or not, I am proud of each and every one of them.”

On top of qualifying, the Red Devils enjoyed one of their best showings in program history at the district meet. For the first time in school history, the girls brought home a team trophy as district runnerup and the boys equaled their best finish from three seasons ago by claiming third place overall.

“All of the kids had really great swims (Wednesday) at districts,” St. C. head coach Ernie Banks said. “A lot of school records were broken.”

Making the Red Devils’ team finishes even more impressive was how they did it. The girls scored in every event except the individual medley and they had only eight girls competing. The boys, meanwhile, had just seven competitors.

Fueling the Red Devils’ girls was a district championship swim by talented sophomore Casadie DiBetta. The defending state runnerup in the 100 breaststroke will be headed back to Stark County in that event after she won the title in 1:03.08, which is a personal best for her as well as a district meet record.

St. Clairsville actually wasted no time in punching their state ticket when the quartet of DiBetta, Brenna Planey, Kylie McKeegan and Olivia Moyer swam a 1:49.55 to garner a silver medal and the final automatic qualifying spot.

The same foursome swam in the state meet’s ‘B Final’ last season.

“We had school records set by Casadie in the breaststroke, Ethan Banks in the 500 free, Nate Yost and Olivia Moyer in the 100 back and both 400 free relays,” Coach Banks said.

Martins Ferry, meanwhile, will be represented by a familiar face in senior Jarrett Bolinger.

Heading to Canton for the third time in his career, Bolinger garnered an automatic qualifying spot in the 100 freestyle as he finished second.

“We knew going into the meet, it was going to be a battle,” Ferry head coach Nick Levi said. “The competition was fierce, but he was up for the challenge. He used his advantage of early speed to help set the tone in the 100 free, which helped him.”

He will be in wait-and-see on the 100 breaststroke after he finished fourth overall in 1:01.2.

“Jarrett continues building on his legacy at Martins Ferry by making the state for the third time in his career,” Levi said. “It’s an amazing accomplishment and pretty awesome that he gets to finish his storied career at the pinnacle of Ohio high school swimming in one of the fastest state meets in the country.”