ST. CLAIRSVILLE — A basketball coach can gameplan all he wants in order to try and stop, or at least contain, the opponents best player. However, when a player comes off the bench and shoots lights-out, that gameplan is about as worthless as a wooden nickel.

Such was the case for St. Clairsville’s Ryan Clifford Thursday night. He had his Red Devils keyed on Wheeling Park’s all-stater Alex Vargo and, for the most part, they held the high-scoring senior in check.

Enter Beau Heller. The 5-9 junior came off the bench in the second quarter. After misfiring on his first attempt from beyond the three-point arc, Heller got dialed in and drained his next five as the Patriots once again overcame a first-quarter deficit to score 32 points in the decisive second quarter en route to a convincing, 84-61, triumph over the Red Devils on John Jenkins Court.

The victory was the 700th in program history for Wheeling Park.

“Obviously, Wheeling Park has had some really good players in its 44 years. (Former) Coach (Sam) Andy gets all the credit for getting this program started in the right direction,” former Patriot standout and head coach Michael Jebbia said. “It wasn’t easy back in 1976 when the consolidation took place. There was a lot of tension when you’re trying to put three schools into one.

“Then to go 21-0 in that first season really got things rolling in the right direction,” he recalled. “I’d just like to say thank you to every player that has ever worn a Wheeling Park boys basketball jersey. There has certainly been a lot of them, and a lot of good ones, too.”

The Red Devils (12-10) held Vargo to two points in the opening quarter while taking a 16-15 lead on the strength of six points from Nate Harris and five from Will Balgo.

“We haven’t led after one quarter in a game during the month of February,” Jebbia noted. “It didn’t happen again tonight, but maybe that a good thing.”

The Patriots (15-5) overcame the slow start to put up 32 markers in the second quarter and never look back.

Heller was the spark with 15 points. His back-to-back bonus goals snapped a 29-all deadlock and ignited an 18-2 run to end the half as the margin grew to 47-31.

“He has really shot the ball very well,” Jebbia said of Heller. “St. Clairsville did a good thing in trying to take Alex away, but then there’s always somebody who is open. Tonight it happened to be Beau.”

Heller finished with a career-best 19 points, one shy of Xavier Morris’s team-leading total. Vargo added 17 to surpass the 1,500-point total for his career. He is now third on the all-time make scoring list behind Jebbia and Bubby Goodwin. Vargo also had a game-leading 12 rebounds.

“It’s a nice accomplishment for Alex,” Vargo said. “He works so hard and puts in so much time. It’s nice to see his work pay off.”

“I thought, for the most part, that we played pretty well,” Clifford assessed. “We did a good job on Vargo early, but the Heller kid shot the eyes out. We did a good job of executing our gameplan, but you can’t plan for somebody coming off the bench like that.”

Wheeling Park is back in action Saturday as Preston visits “The Palace on the Hill.” St. Clairsville is idle until Saturday, Feb. 29 when it hosts Minerva in a Division II sectional title tilt at 7 p.m. 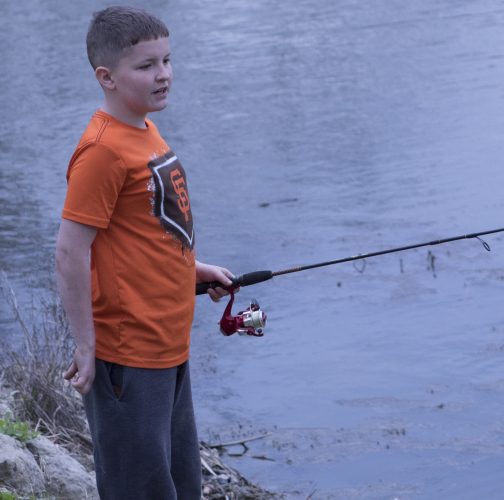