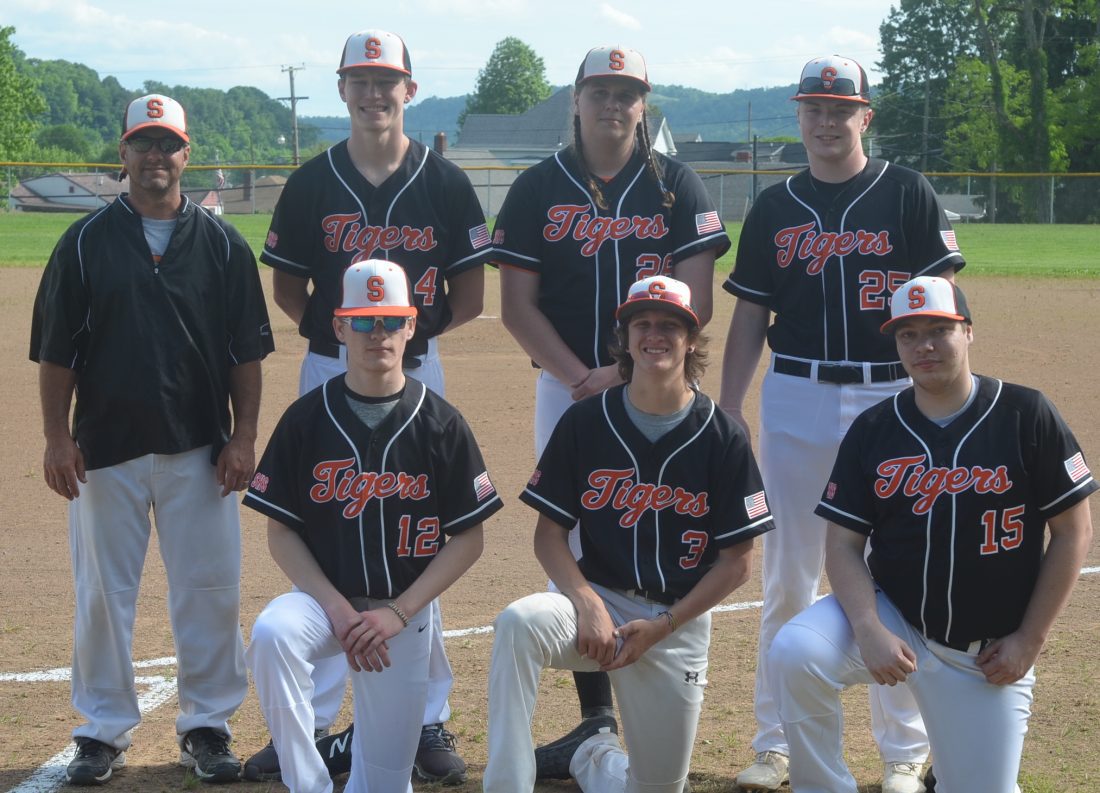 SHADYSIDE — It didn’t matter if you asked the players, coaches, dozens of fans or even the umpire.

Each person was excited for the scene at Shadyside’s Fleming Field Wednesday afternoon.

After a season that wasn’t because of the coronavirus pandemic, the Shadyside baseball team put its uniforms on for the first and last time in 2020, taking part in a intersquad scrimmage as a way to send off their seniors and set the table for the 2021 season.

Along with the senior night recognition, Selmon presented each player his letter for the season. Shadyside elected to leave it up to each spring sport coach on his or her policy for lettering. Selmon decided long before that edict that he was going to give each kid a letter.

Shadyside — like most baseball teams in Ohio — was well into its preparation when Gov. Mike DeWine closed schools and the OHSAA then instituted a no-contact period. Actually, the Tigers had a scrimmage at John Marshall on the final night they were together in March.

With each passing day and week, head coach Shawn Selmon realized the odds were growing longer and longer, but he didn’t give up hope until he head DeWine officially close schools for the remainder of the academic year and the OHSAA, in turn, formally canceled spring sports.

“You never give up hope because sometimes that’s all you have,” Selmon said. “When we were scrimmaging that day (against JM), I told the boys ‘go out there and enjoy this because it sounds like it might end up being your last one.’ We always hoped and had a schedule made up for May 9 when we were thinking we were going to get to resume.”

Senior short stop Kelly Hendershot — who led off the scrimmage with a ringing triple down the left-field line, was simply excited to put the Orange and Black uniform on one more time.

Hendershot’s official last game as a Tiger came in early March as part of the basketball team when it fell to Malvern in the district semifinal. Other than the handful of baseball workouts, Hendershot dealt with the quarantine as best he could.

“I just missed my friends and knowing that we couldn’t spend prom together or have a traditional graduation was tough,” Hendershot said. “This whole spring was rough and really tough to comprehend. I’ve been working to keep busy and a little bit of Netflix. There were a lot of nights where I was trying to basically break out of the house, but my mom wouldn’t let me though.”

From the moment the season was put on hold and eventually called off, Selmon had the wheels in his head spinning for a way to formally recognize their six-player senior class.

“Whether it was now or in July or August, we knew, whenever (baseball) opened back up, we were going to have something for our seniors,” Selmon said. “Luckily, it opened up quick enough to where we could come out, follow the guidelines as closely as we can and honor these kids.”

Bumba, who is heading to Hocking College in the fall, was honored just for one more chance to play the game he loved. He started the game on the mound and was greeted by Hendershot’s aforementioned hit.

“This means a lot to us seniors because we’re really not going to step foot on a baseball field again, so to have this chance is just amazing,” Bumba said. “We finally got a day where everyone could come out and enjoy this game. I thought that day at JM was going to be the last time to ever pitch or hit a ball. It was disappointing. Everyone was trying to do everything they could to save our prom, have the most normal graduation they could and even save baseball. All together, I think it was amazing how much people tried to do to help us seniors in every aspect.”

Selmon and his coaching staff evenly divided the players themselves by skill, position and age level.

“We have 18 of our 19 kids here and the one not here is on vacation, so it’s a testament to the guys really being on board with the philosophy we brought to them last year,” Selmon said. “The kids really missed out because they were looking forward to some big things this year.”

Along with Hendershot and Bumba, other Shadyside seniors were Ian Carpenter, D.J. Hogee, Douglas Renshaw and Caden Price.