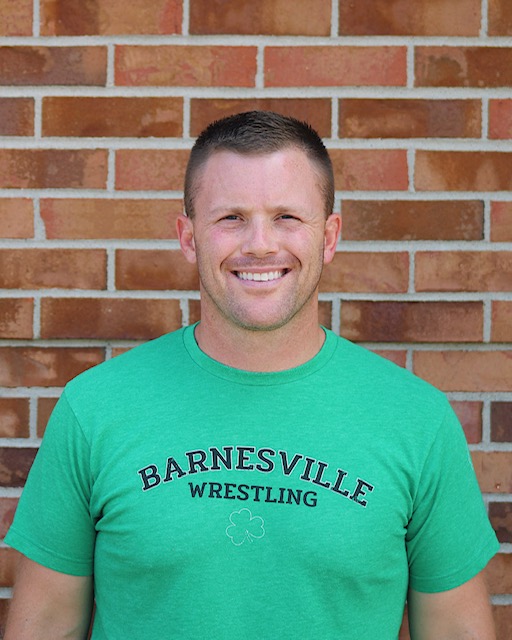 Processed with VSCO with c3 preset

BARNESVILLE — Brad Hannahs is a Barnesville High School graduate Class of 2004. He was a three-sport athlete for the Shamrocks. Now he is the school’s athletic director.

” I applied for the position because I have such a deep love and passion for Barnesville athletics and the community. Other than when I went to college I have lived here my whole life and this position is something I always thought I would be really interested in and could excel,” Hannahs said. “Even when I was in high school I shadowed (former A.D.) Mark Cook and just thought I could really see myself doing this one day.”

After graduation, Hannahs started his college career at Waynesburg College and played football for one season. He then transferred to Ohio University in Athens and graduated in 2009 with a degree in recreation management.

“I am really excited to start. I’ve already been working a little bit with Kelly and plan to continue to work with him until my official start date of August 1,” Hannahs said.

When Hannahs does officially take over, he will have some big shoes to fill as Cook and Rine excelled at their jobs.

“I’ll tell you there’s not two better guys you could find to get you started on the right foot. Kelly has already been helping me and I’ve spoke with Mark numerous times and they both said anytime I need something just to give them a call,” he continued. “I know that those are two big pairs of shoes to fill. All I can do is take in as much information as possible from these two amazing A.D.’s and work my tail off to be the AD this school deserves.”

As far as a transition, it should be a smooth one because of his background and knowledge of the school and personnel.

“I feel it will be a easy transition as I personally know every coach on our staff. I have played sports with a number of the coaches and a couple of them even coached me,” he noted. “I also know a lot of the players and their parents as my family and I rarely miss too many Barnesville athletic events.

“I would like to thank God because without him none of this is possible and my wife, Leah, for all her support during this process. I also would like to thank Superintendent Angie Hannahs, the other administrators, the school board and the entire Barnesville community for giving me this amazing opportunity.

“I hope I can exceed everyone’s expectations.”

Hannahs’ wife teaches first grade at Barnesville Elementary. The couple are the parents of two sons, Rece 3, and Kruz, 2. They reside in Barnesville.

Hannahs is currently employed at Altercare of Cambridge as Plant Operations Manager. His last day will be July 17.

STEUBENVILLE -- Football is a way of life in the Ohio Valley. It’s held in an even higher regard in ...

The Presidents Council of the Ohio Athletic Conference (OAC) has postponed all NCAA intercollegiate athletic ...