Harler to play in Lithuania 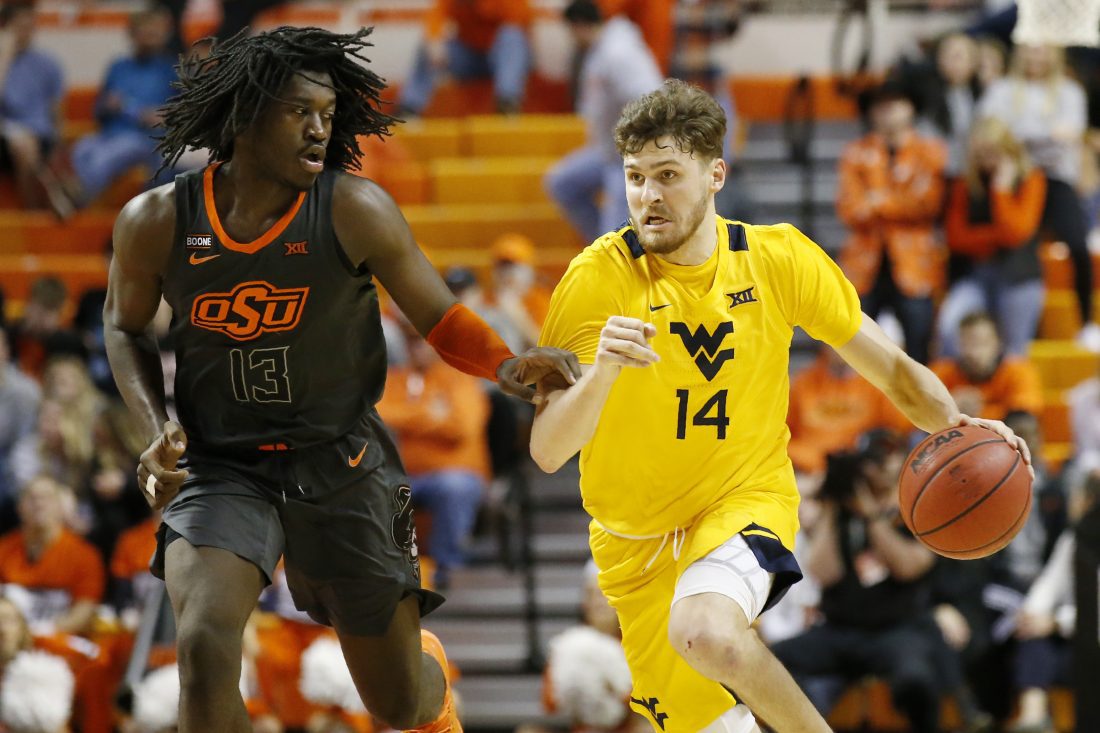 CHASE HARLER, Wheeling Central and West Virginia graduate, signed a professional basketball contract to play in Lithuania during the upcoming season. Harler will depart the Ohio Valley in September.

WHEELING — To say Chase Harler is living the good life might not be giving the recently turned 22-year-old enough credit.

The former Wheeling Central standout finished a four-year basketball career at West Virginia University with his degree, got engaged on senior day to his long-time girlfriend, Lindsey Baker; joined hoop forces with former teammate Boyd Bibey to open ‘Built Different,’ a basketball training business venture; and now his patience are being rewarded, too.

In the last several days, another one of Harler’s long-time dreams took a huge step toward becoming reality when he formally signed a professional basketball contract to play in Lithuania for Palangos Kursiai basketball club in Palangas, which is located on the western edge of the country along the Baltic Sea.

Harler will depart the Ohio Valley in mid September and spend upwards of seven months there.

“It’s a six-month season, but I’ll be there until mid to late March,” Harler said. “To be able to sign a (pro contract) was a great moment. I am just blessed and excited for the opportunity.”

To hear Harler tell it, he had almost given up hope of landing a professional deal and was simply focused on continuing to build the ‘Built Different’ brand.

“I didn’t hear anything during May or June,” Harler said. “And June is usually the main time that a lot of the leagues overseas really start signing their players.”

Coming off a senior season with the Mountaineers in which he averaged 4.4 points and 1.1 rebounds, Harler — a self-admitted realist — didn’t know what his future would hold.

“I knew, by how I performed in college in terms of my numbers, I wasn’t going to have a lot of options, so I just took it one day at a time and waited to see if something came out of it,” Harler said.

As it turned out, Harler, actually, didn’t end up with just the Lithuanian offer. He had options. He was also offered a deal to play in a league in Ireland.

Actually, the offer from the organization in Ireland came first and Harler was prepared to sign.

“I got the offer from the team in Ireland probably two weeks ago and if the Lithuanian offer hadn’t come, I would have taken it,” Harler said. “I just feel this is a better opportunity for me. I did my homework, my parents and my fiance were all involved (in the decision).”

In the end, the bulk of the decision boiled down to familiarity. Not that Harler has been to either Ireland or Lithuania, but the familiarity was with the Palangos Kursiai coaching staff and head coach Paulius Barkus.

During an opportunity to play basketball — while representing WVU — in China during the 2018 summer, Harler and the U.S. team played against a team from Lithuania, which was coached by Barkus.

“I played well in those games and their coach was (Paulis Barkus) and he remembered me,” Harler said. “He had been coaching in Germany and recently moved back to Lithuania and reached out to my agent, so we had a little bit of a connection and that helped to get the deal done.”

Harler is joining a team that’s coming off a solid season in 2019-20. It came up a round short of playing for the league championship in the 14-team league.

Unlike his college days where Harler played more of a two-guard role, he’s been told by the Palangas coaches that he’ll have the ball in his hands a lot more. He’s also been told he’s probably going to be the lone American on the team.

“The team lost its leading scorer, so I hope I can produce right away,” Harler said. “I believe this will be a great stepping stone and foundation to build my career off of.”

Along with accomplishing a life-long dream of playing professionally, Harler believes this opportunity will simply help his resume as it pertains to ‘Built Different.’

“In June, I was kind of set on not playing and we were doing eight or nine-hour days with Built Different and it was going well, but (playing professionally) really helps my credibility as a player and trainer,” Harler said. “I think it will make our company more appealing and we’ll continue to build that brand.”