McKivitz set to begin camp with the 49ers 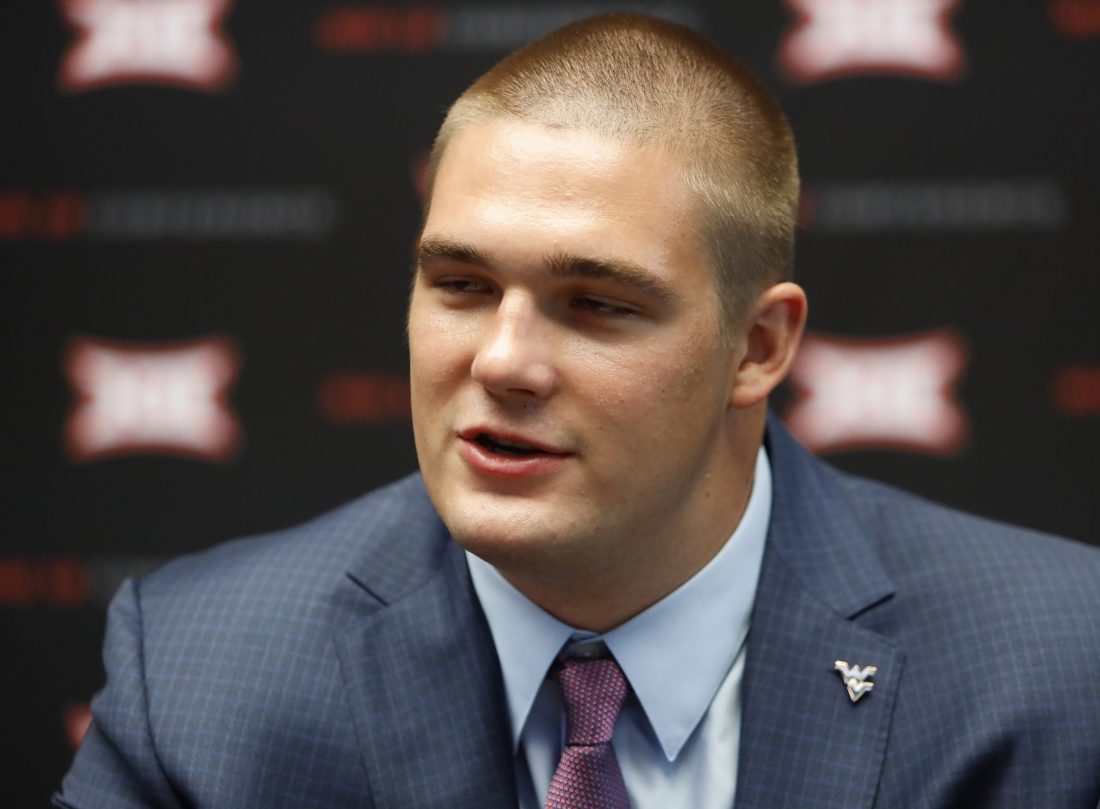 AP FILE PHOTO UNION LOCAL and West Virginia graduate Colton McKivitz is preparing for his first NFL Training Camp. He reported Wednesday to 49ers camp. He was picked in the fifth round in April’s draft.

Colton McKivitz is about to get down to business.

The former Union Local and West Virginia University offensive lineman reported to his first training camp Wednesday as a member of the San Francisco 49ers.

“I am ready,” McKivitz said during a phone interview earlier this week. “I’ve been ready (to go) for a while. I’m just chomping at the bit.

Some of the 49ers’ rookies reported on Tuesday, but the organization scheduled McKivitz’ flight from Phoenix for Wednesday.

“The whole thing (about report dates) was pretty fluid,” McKivitz said. “It almost changed daily, but just happy to be able to be flying out and getting this started.”

Before McKivitz puts on his San Fransico helmet, he will have to adhere to the NFL’s recently approved protocols involving COVID-19. He will quarantine for two days, undergo a coronavirus test, quarantine again until the results return. Assuming those tests are negative, McKivitz will be able to enter camp and begin strength and conditioning training.

McKivitz fully understands the scope of what he’s getting into. He realizes that regardless of how high the 49ers were on him during April when they selected him in the fifth round of the draft, he’s going to have to earn his spot on the 53-man roster when camp breaks in late August.

“The whole mentality of everyone is just continuing to do what you’re supposed to do because there’s not a bad player (in the NFL),” McKivitz said. “There are going to be really good players who get cut. On top of doing what you’re supposed to do, you have to be looking for the extra things, too. The (organization) is going to need to see certain things out of you to stay on the team.”

After playing tackle throughout his prep and basically all of his collegiate career en route to earning All-American honors with the Mountaineers, McKivitz has been listed as a candidate to battle for a starting guard spot with the Niners.

And he has no issues with shifting down the line.

“Position, to me, doesn’t matter,” McKivitz said. “I know there’s a guard job open and there could be a battle in camp for it. That’s a job I am eyeing to win. I feel good about jumping in wherever I’m needed. I look at (the position change) as a good chance to show what I am capable of doing and why I was drafted where I was.”

Because of the pandemic, the NFL is going to look much different. It started with the draft being held virtually, organized team activities and rookie minicamps were canceled, meetings were held virtually, camp report dates are staggered and just earlier this week the league and players union agreed to scrap the entire preseason schedule.

So, McKivitz won’t have four live-game chances to show himself like rookies before him did. That makes all workouts and meetings during camp even more valuable.

“If this was a regular situation for camp, you might have a better idea of what to expect,” McKivitz said. “The coaches have told us to be ready to hit the ground running. Everyone in the league is on a level playing field, so other than a few changes here and there, the camp won’t slow down much.”