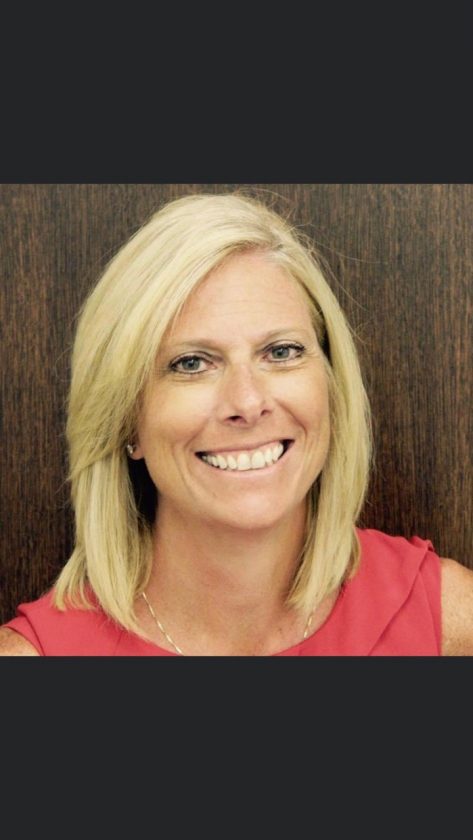 WHEELING – She was unquestionably one of the greatest players ever to suit up for the Wheeling Central girls’ basketball team. Now she has the opportunity to guide the Maroon Knights as a head coach.

Olejasz graduated the East Wheeling school in 1990 after an amazing two-year career.

She takes over a program steeped in tradition.

“I am still in awe. I am truly excited,” Olejasz said about being selected as head coach. “Being a graduate of Wheeling Central and a former Lady Maroon Knight player, I truly understand the legacy that Larry Finneran and Penn have established. My passion for the school and this program is an integral part of my life.

“Penn is a man of integrity He has been a part of this program for 35 years. He was an assistant for Coach Finneran in 1988 when we played for the state championship. Penn has made the state tournament 32 out of 35 years which is amazing. You talk about big shoes to fill.”

Olejasz is a member of the Wheeling Central Catholic Hall of Fame, and for good reason. She entered Central her junior year after playing at Magnolia where she started as a freshman.

Amazingly, she scored 996 points in just two years, helping the Lady Knights amass a superb 45-4 record. During that time, the dominating post averaged 20.2 points, 10.7 rebounds and two blocks per game. During her junior season, Central advanced to the finals of the West Virginia Class AA state tournament. It was the school’s first state SSAC tournament appearance in girls’ basketball. As fate would have it, the Lady Knights had all five starters foul out as they dropped an overtime decision to Hinton.

Olejasz earned first-team all-state honors both seasons, being named captain of the squad as a senior. She also received All-America plaudits as a senior, earning her a Division I scholarship to Virginia Commonwealth University. Her promising collegiate hoop career was unfortunately ended prematurely due to a shoulder injury.

Olejasz is quite familiar with the Wheeling Central program as she served as Kurtz’s assistant this past winter, her second tour of duty in that capacity. She helped to lead her alma mater to the OVAC Class AA crown while also gaining a state tournament berth, despite the team forced to navigate through an injury-plagued campaign.

Central graduated a trio of players from last season, all three of whom are continuing their careers at the Division I basketball level. Kaylee Reinbeau is headed to Bucknell, Eden Gainer will be performing at Columbia while Hannah White will be playing at Cleveland State.

After graduating from Virginia Commonwealth, Olejasz returned to her high school alma mater where she coached for two years on the Lady Knights’ hoop staff. She then became involved with coaching AAU basketball, guiding the West Virginia Elite. She coached both 11-u boys’ and 13-u girls’ teams and serves on the board of directors of the non-profit WV Elite Program.

“I know all our players very well from coaching WV Elite. We will be a young team this season. We have three seniors. They have provided great leadership,” Olejasz stated. “I want to have a hard-nosed basketball team. One that is fundamental and one where the players know their roles.

“I have been fortunate. I have learned coaching from the Huggins family. I went to their camps and I worked their camps,” she said. “I learned a lot from them as well as Larry, Penn and my dad.”

Olejasz is still formulating her staff. Her father, Bob, will be part of it.

“It is a very challenging task to replace such a good coach and great man in Penn Kurtz, but we are very fortunate to have someone with Roberta’s skill set and desire to take over,” Wheeling Central Athletic Director Donnie Murray offered. “Roberta has a lot of great leadership qualities that we are looking for in our next head coach.

“Many things will appear different for our Lady Knights this coming year – new head coach, new classification and new philosophy,” he continued. “One thing we are sure of is Coach Olejasz’s commitment to developing successful players on the floor and successful young ladies off the floor will be there as it was under Penn Kurtz.”

Olejasz and her husband Michael (a First Judicial Circuit judge) are the parents of two rising hoop standouts – Reagan, who played quality minutes last winter for Central as a freshman, and seventh grader Mac.