CLEVELAND (AP) — Gerrit Cole didn’t lose a game in June or July and continued his remarkable run on the first day of August.

Cole pitched one-run ball over seven innings and extended his winning streak to a career-best nine games as the Houston Astros beat the Indians 7-1 on Thursday, spoiling the Cleveland debut of Yasiel Puig and the return of Danny Salazar.

The right-hander gave up four hits, all in the first four innings, and struck out four for Houston, which has the best record in the American League at 70-40. Cole (13-5) leads the majors with 216 strikeouts and has not lost since May 22.

“We just kept making pitches and trying to mix up spots,” said Cole, who has a 1.91 ERA in 13 starts since his last loss. “Although they were putting them in play for the most part, their hitters were off-balance outside of maybe four-five. It was a good night.”

The Astros won the rubber match of the three-game set and reached 70 victories in a franchise-record tying 110 games. Houston went 4-2 on its road trip against playoff contenders St. Louis and Cleveland.

“Two series wins against two really good teams,” Astros manager A.J. Hinch said. “We’ve got a good demeanor on this club about staying above everything else, getting through the trade deadline. I applaud our guys for continuing to methodically win.”

The enigmatic Puig doubled off the wall in the fourth and went 1 for 3 with a stolen base in his first game since being acquired from Cincinnati. Franmil Reyes, who came over from San Diego in the same three-team trade, had a single in four at-bats.

Both sluggers received warm ovations each time they batted and after being thrown out at home plate on different plays; Puig by right fielder Josh Reddick, Reyes by left fielder Brantley.

“That was a big part of their game tonight, good defense,” said Puig, who was in the lineup after appealing a three-game suspension for his role in a wild brawl Tuesday between the Reds and Pirates. “And Cole was very good today.”

Salazar (0-1) had his first appearance in the majors since the 2017 AL Division Series cut short because of a strained groin. The former All-Star right-hander had surgery on his throwing shoulder last July, and allowed two runs in four innings and 66 pitches.

“At least I got through four innings,” said Salazar, who topped out at 88.3 mph. “I’ll take that as a positive after being out of the game for two years. My groin started getting worse as the game went on, and that took me down a little bit.”

“Once Cole got the lead, he kind of picked up steam, and when they started to separate the score a little bit, it’s almost like he kept going,” Mills said. “We had a couple of chances to score some runs early, and it might have been a different story.”

Astros OF Josh Reddick was ejected by home plate umpire Vic Carapazza for throwing his equipment after striking out to end the sixth. He had shaved his beard after his second at-bat, hoping to change his luck, but whiffed and was subsequently tossed.

“I had two at-bats with a mustache and if you don’t get a hit, you shave it off,” Reddick said. “That’s been the trend this year. It’s not my best look, but my facial hair grows back very fast.”

Astros manager A.J. Hinch has set the first starts for RHP Zack Greinke (Saturday against Seattle) and RHP Aaron Sanchez (Tuesday against Colorado). Former AL Cy Young Award winner Greinke was acquired from Arizona, while Sanchez and RHP Joe Biagini were dealt by Toronto. Each will report to Houston on Friday. “They all know what’s ahead of them,” Hinch said. “It’s nice to have a plan.”

Astros: RHP Brad Peacock (right shoulder soreness) will begin a rehab assignment with Triple-A Round Rock by working two innings either Saturday or Sunday. He reported no pain after throwing a bullpen session Wednesday in Cleveland.

Indians: RHP Dan Otero (right shoulder soreness) was shifted from the 10-day to the 60-day injured list when Cleveland acquired Puig and Reyes, but the team said it was strictly a procedural move. He has been sidelined since May 31.

CLEVELAND (AP) — They’ve been known as the Cleveland Indians since 1915. Those days could be over. Amid new ...

MARTINS FERRY — For the fourth time in five days, an area school has announced it’s suspending its summer ...

Hunt ‘blessed’ for another chance after traffic stop 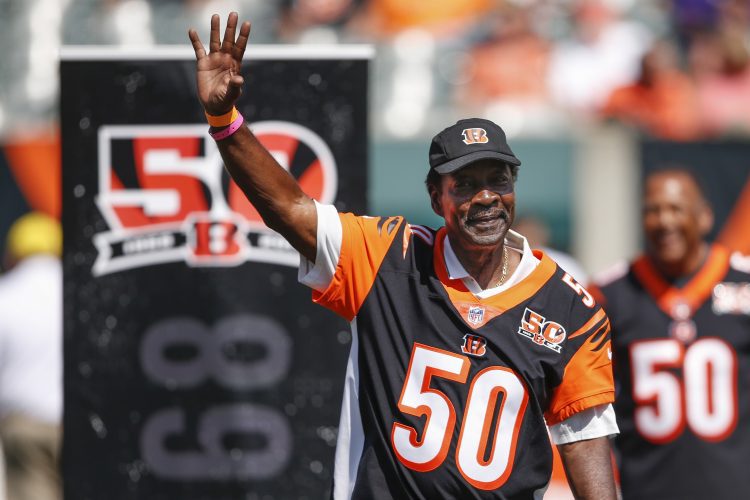 Former Bengals defensive back dies at 72