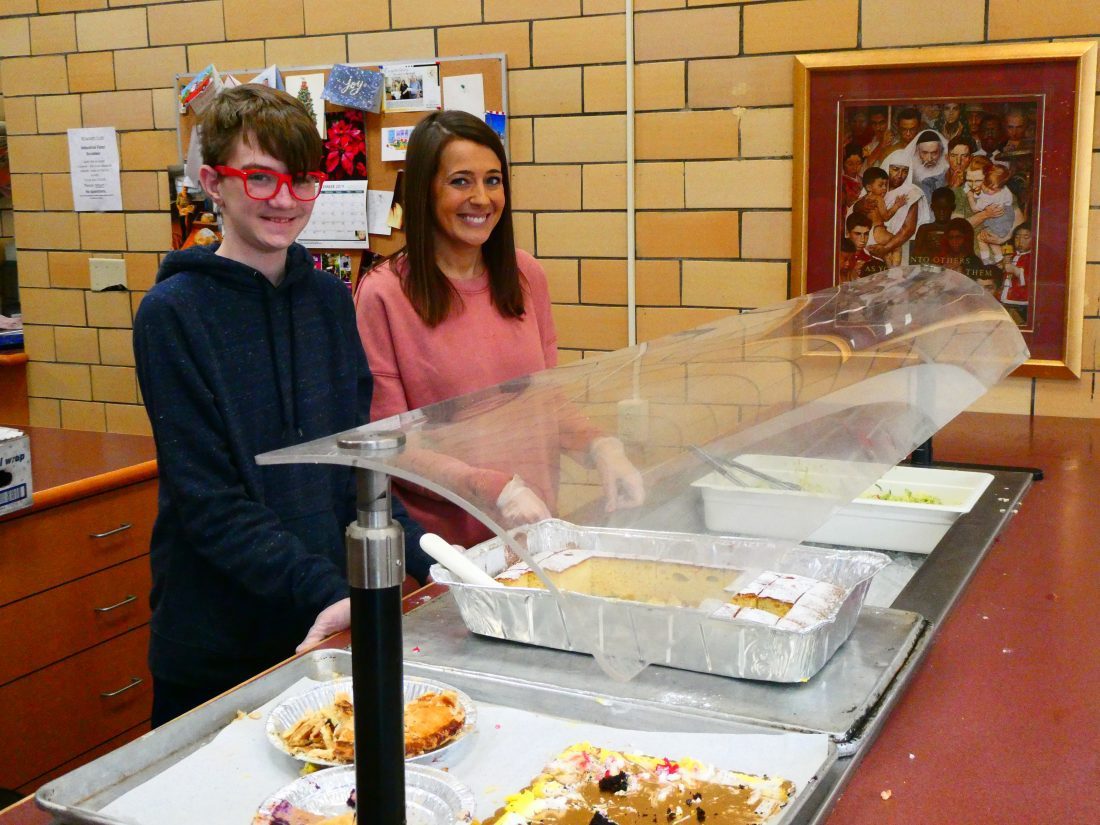 The spirit of giving is alive in December, but it is during the winter months the Soup Kitchen of Greater Wheeling sees its most patrons and has its greatest need.

Volunteer help that was plentiful during the holidays curtails in January, and the soup kitchen is in need of both help and donations throughout the year, according to executive director Becky Shilling-Rodocker.

“January is a rough time — it’s the roughest time of year, “ Shilling-Rodocker said. “Everything that is great about Christmas stops.”

That includes giving to the poor and volunteering time, she said.

“We can’t fool ourselves after Christmas. We’ve not taken care of the need,” she said.

Last Monday, there were five volunteers at the soup kitchen who joined a three-member staff in serving about 225 meals to patrons over a period of two hours. Those numbers increase in January, as many local residents during Christmas events in December learn about services at the Soup Kitchen.

Many of those coming to the soup kitchen aren’t destitute, but do find their Social Security and paychecks stretch further when they eat a few meals there each month.

In addition, a number of the people spent more during the holidays, and are short on funds at the end of December into January, according to Shilling-Rodocker. Many are families are working men.

“These are people we see, but we don’t see them a lot,” she said. “We are just a bridge between their rent and medicines and food. … There are a lot of people in need, and that’s the truth. Their pensions and Social Security checks are not cutting it.”

There are many who call to volunteer in December, but Shilling-Rodocker said she often has to tell them no. There aren’t as many open spots for volunteers, and any new volunteers have to receive training. There isn’t as much time available at Christmas time to train volunteers as there is during the rest of the year, she said.

“Sometimes people are offended, but I remind them we do this all year long,” Shilling-Rodocker said.

She encourages church groups who want to volunteer to hold a meeting during the evening hours at the soup kitchen when she and staff can sit down with them and let them know what they can expect.

Shilling-Rodocker describes the soup kitchen as a “pleasant” and “respectful” environment, and a good place for children to learn public service. Volunteers are welcome to bring their children with them, and staff will find ways for them to help.

Shilling-Rodocker said she has also noticed when examining financial figures for 2019 that giving was down. Typically, the soup kitchen takes in about $400,000 annually, but donations were about $30,000 less in 2019. Employees include just her and and a two-person support staff. Volunteers take on the bulk of duties.

Those wishing to volunteer at the soup kitchen should contact Shilling-Rodocker at 304-233-2992.