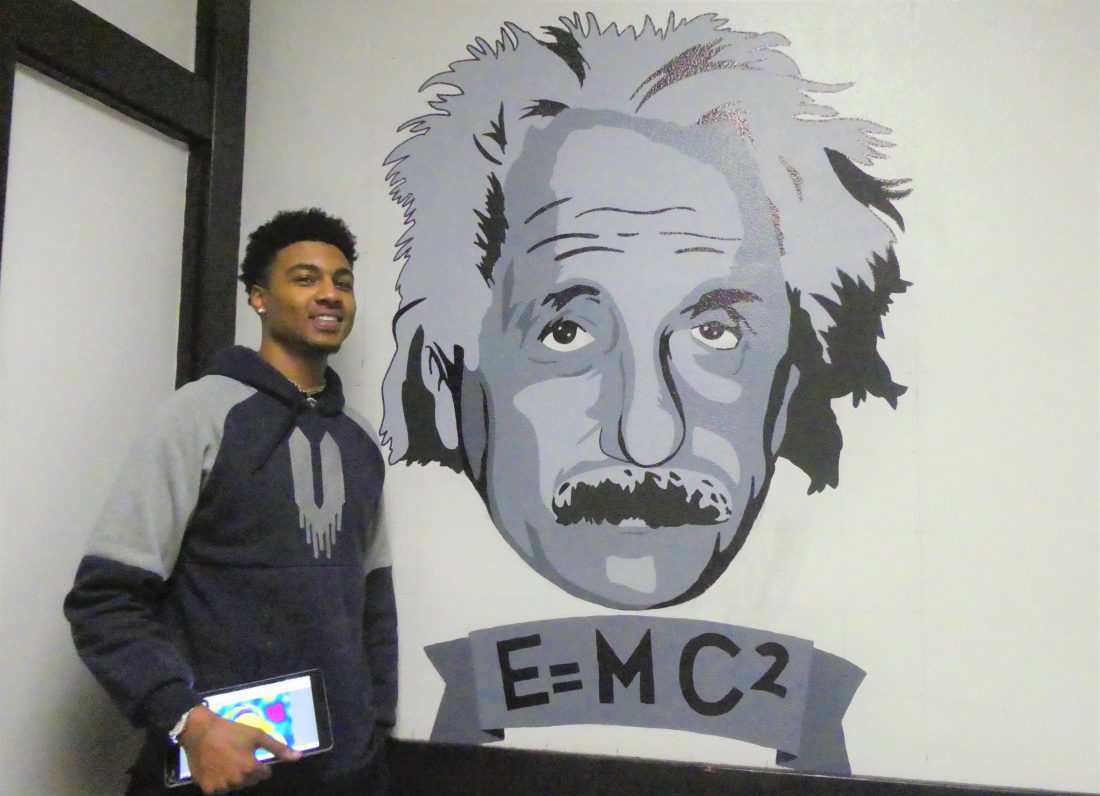 WHEELING — Vondel Bell always wanted to draw on the walls when he was a child, and he usually got punished when he did.

Now an adult, the former football star at Wheeling Park High School and California University of Pennsylvania, is an artist who gets paid for painting walls, shoes, T-shirts, logos and most anything else he wants.

Bell’s current project is at Bridge Street Middle School, where he has been retained to draw and then paint larger-than-life portraits of noteworthy individuals in the school’s hallways. Later, he will add inspirational quotes said by the individuals.

Bell’s favorite is the highly-detailed depiction of James.

Each portrait stands over 6-feet-tall. Bell said these are considerably larger than the portraits he typically paints at 24 inches by 30 inches.

He remembers his first portrait was of a Seminole indian, and he painted it using coffee while in kindergarten class.