Purtman sworn in and ready for 2020 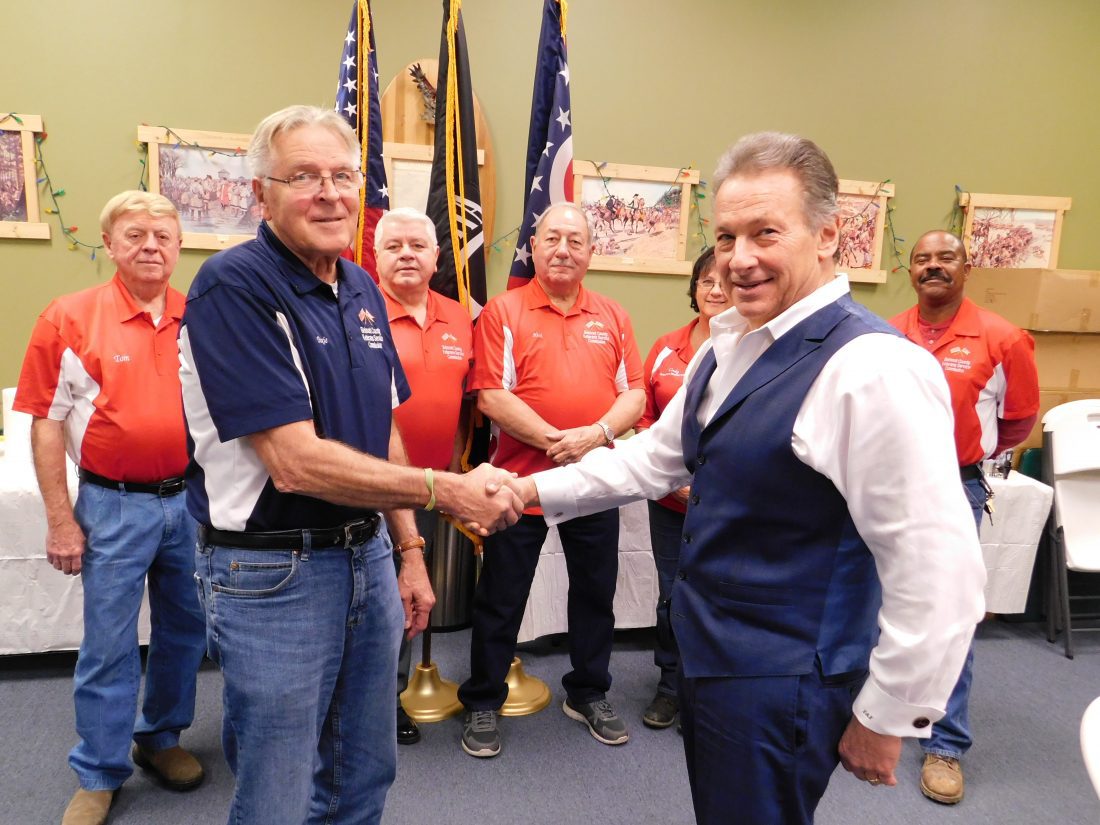 John Purtman, representing the American Legion, was sworn in for another five-year term Friday by Belmont County Common Pleas Judge Frank Fregiato. Purtman said this will be his third term.

The commission’s duties include raising awareness of veterans’ issues, assisting veterans with claims arising from such things as Agent Orange exposure, and transporting veterans to the the U.S. Department of Veterans Affairs hospital in Pittsburghm and to other locations if need be.

“We file claims so that (veterans) get benefits,” Commission Member Robert Wallace said. “Those are things you can’t do easily on your own. So if you come in and say ‘I have a hearing loss’ and we get you so much money for that claim.”

“For 2019, we brought in over $1 million,” Maupin said, adding this included back-pay for veterans. “In December, we had a huge jump.”

“Plus, we have a large amount of people who have been getting it because prior-year claims that have been upheld,” Wallace said.

“This past year we’ve had a lot of new cases, more than usual,” Maupin said. “(There are) a lot of hearing loss claims.”

Maupin said the commission’s budget this year is expected to be $1,086,216.60, appropriated by Belmont County from property tax levies.

“We don’t get funded by anything from the state or the federal government. We’re strictly county-funded. We’re not the VA, we’re a county agency. We help veterans submit claims on behalf of the veteran to the VA,” Maupin said.

The commission also has a satellite office at the VA Clinic at Ohio Valley Mall.

She said transportation is another valued service.

“We have two full-time vans,” she said, adding that, in total, 740,586 miles were driven last year. The vans transported 1,653 veterans to Pittsburgh.