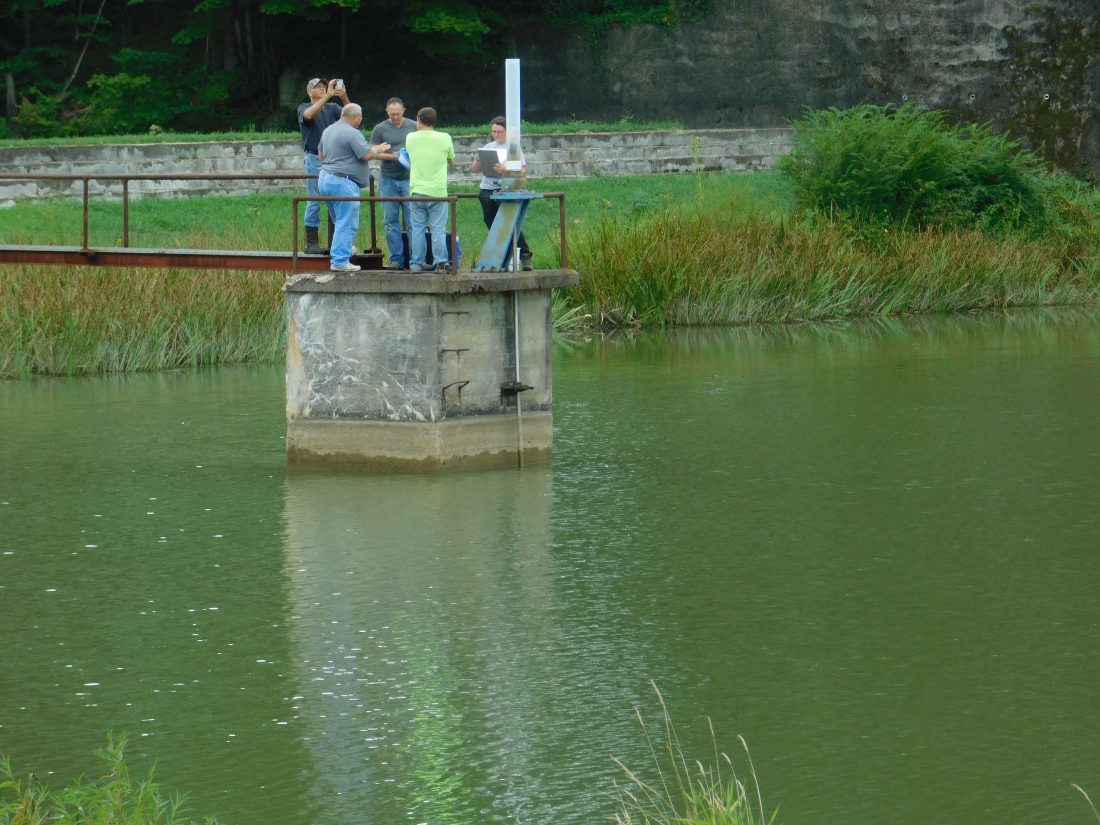 ST. CLAIRSVILLE — Officials from the Ohio Environmental Protection Agency were on-site Thursday at the city’s aging water plant with serious concerns that algae blooms could lead to harmful bacteria.

He added that Ohio EPA has directed water plant officials to clean over-accumulation of material in their sludge lagoons. Also, the plant’s powdered activated carbon feed is broken.

“Ohio EPA is directing plant officials to repair or replace the carbon feed. These key treatment processes are necessary to effectively treat for harmful algal blooms,” he stated.

“They were coming down today,” St. Clairsville Council President Tim Porter said. “They set up a meeting to go through and look at it. I guess they’re doing some testing to make sure that everything’s safe. … As far as we know, everything’s safe. The water is still safe, and there’s no immediate danger.

“I guess we got a warning on our reservoir (because of) our algae blooms,” he added. “Obviously, we have to get it under control before it gets totally out of control … It’s a normal thing that happens, I guess, in the heat and different things. There’s different problems that cause it.”

This comes on the heels of a Monday meeting where two residents who are also mayoral candidates brought up the city’s lack of a Class 3 water operator, which the EPA required at the treatment plant. Safety and Service Director Jim Zucal and Mayor Terry Pugh said they had not sought a Class 3 operator and instead secured an extension from the EPA because the water and wastewater system’s future was still in doubt and city leaders are considering selling the system to a private entity.

He added algae problems would not be a factor in a community that used well water.

“Our regular samples are pulled. How this happened was they have a technician in town who was checking the reservoir, the inlet portion where it goes into our plant, and she detected this,” Zucal said. “What causes it is warm temperatures, hot temperatures, when the … water levels come down. Algal blooms are a problem in Lake Erie, Grand Lake St. Marys, any surface plant.”

Zucal said the city will continue sampling water and cleaning out sedimentation at the water plant’s basins.

“If it got through the system, harmful bacteria would cause stomach-borne illnesses, but right now we’re treating everything and hopefully we’ve got that taken care of,” Zucal said.

He added he believes privatization would prove an advantage in these situations.

“If you have a company that has chemists, they have engineers, they have people that deal with this every day. We don’t. We have to pick the phone up and call somebody,” Zucal said.