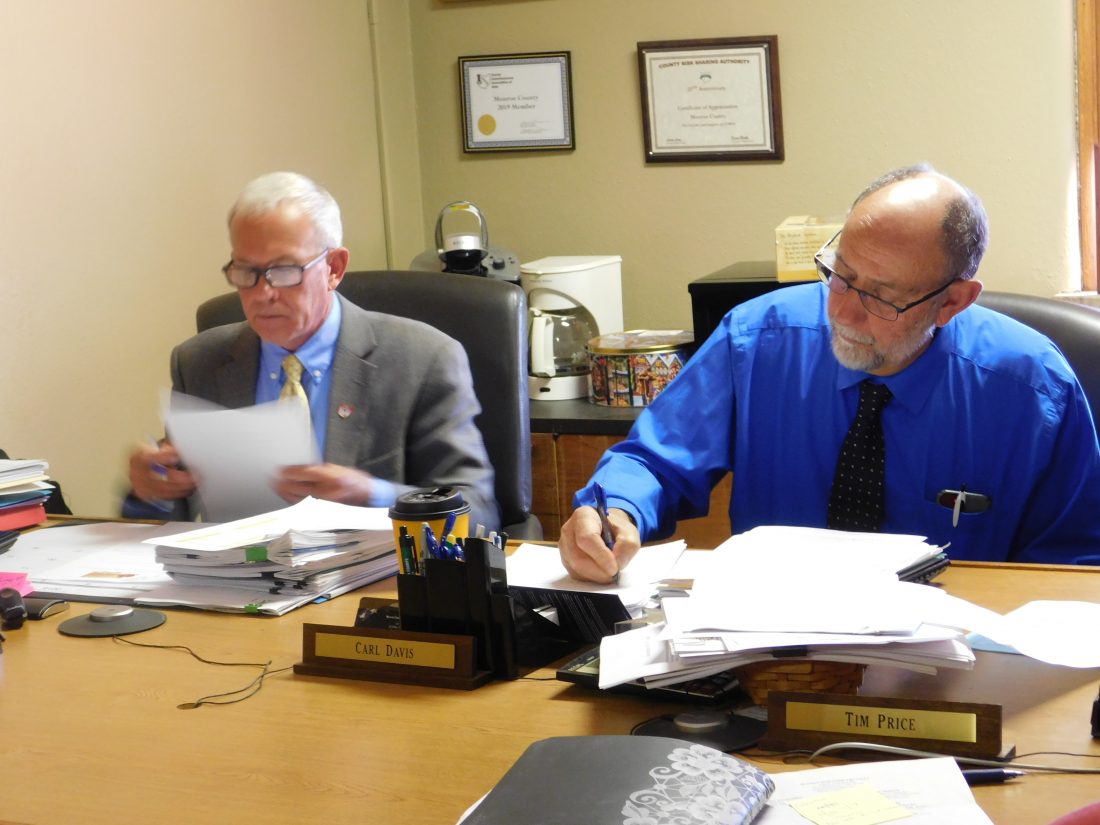 WOODSFIELD — The Monroe County commissioners went into a closed-door meeting with county Prosecutor James Peters for more than an hour Tuesday afternoon to discuss issues related to the planned sale of the Monroe Care Center.

Commissioner Mick Schumacher said afterward they discussed the steps involved in a possible transfer of ownership during the executive session, but no action was taken as a result.

Schumacher has been a dissenting voice in the sale. In June, the board voted 2-1 to sell the facility to Bryan Casey, president of Alternative Living Solutions, for $500,000. Since then, Carson McCurdy of Jerusalem has offered a bid of $650,000 for the professional rehabilitation and nursing services provider. McCurdy has added that should the commissioner sell to him, after one year of operation, 10 percent of any net profit will go to local churches, charities and volunteer fire departments in the county. Commissioners Tim Price and Carl Davis have rejected that offer, with Price stating Casey has greater experience and expertise.

According to a report from the center, occupancy is holding steady at 45 residents. The capacity is about 60.

The county had invested more than $6 million in the past several years in subsidizing and renovating the center after it lost its certification to treat Medicare and Medicaid patients in 2015. The center regained certification in 2017 and has earned a five-star rating by the Centers for Medicare & Medicaid Services, but had not yet become self-sufficient. Price has stated he was concerned the county might have to borrow money to keep the center operational.

“We have several deficient bridges, and we just get to them as funding allows,” he said, adding that two bridges on Monroe County Road 2 were recently upgraded with new superstructures using an Ohio Public Works Commission grant. He said the county is seeking funding through OPWC for a base-stabilizing project of 1.62 miles of the road.