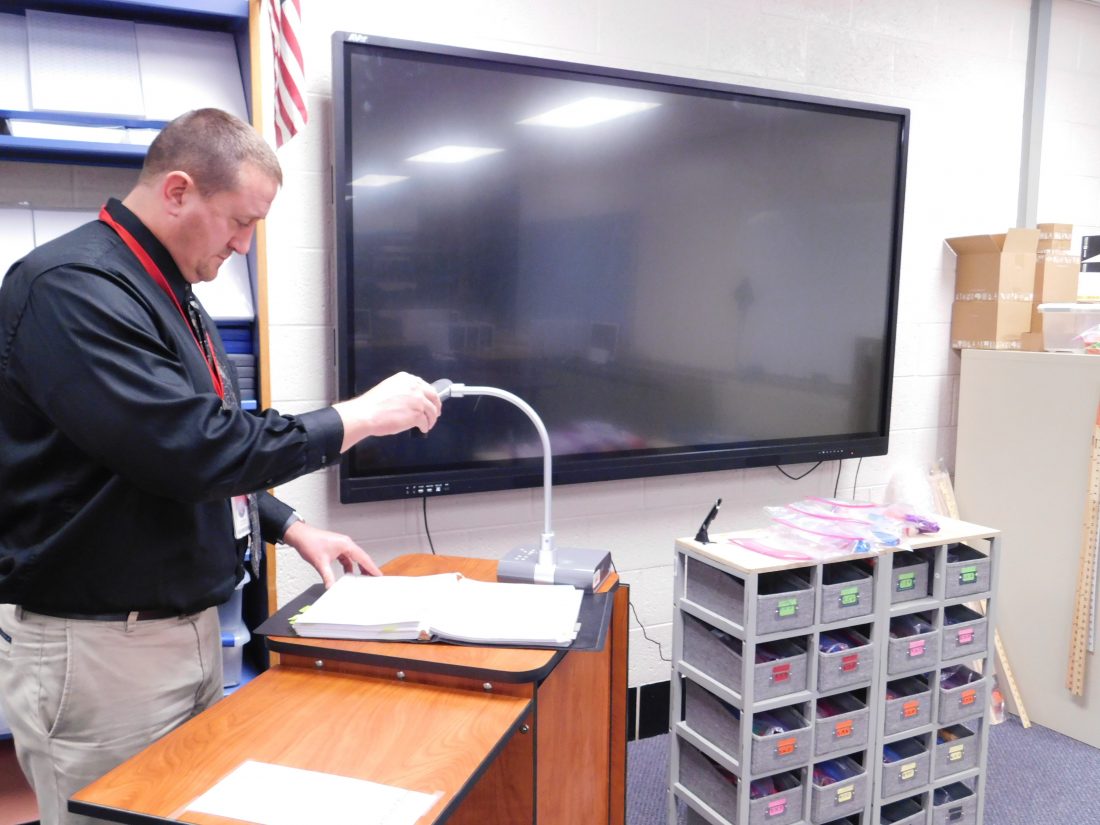 MORRISTOWN — When Union Local students returned from their winter holiday, they noticed a change in the middle school library — more space is now devoted to science, technology, engineering and math education.

“The middle school principal had worked over Christmas break to create a STEM center at the middle school. He moved some shelving around and did a nice job of creating a space for our Project Lead the Way teacher, to give her space and for students to work on some more hands-on projects,” he said.

Project Lead the Way is a nonprofit organization that creates STEM curricula for kindergarten through 12th-grade classes.

“Our students are being introduced to engineering principles at the middle school level, and it progresses in complexity as they go through the high school level,” Porter said.

Porter said the sixth and seventh grade classes have been introduced to the program. High school freshmen have taken introduction to engineering courses.

The superintendent said the STEM center currently has a 3-D printer and a variety of kits.

“Students are able to design different projects,” he said. “It’s progressive in nature. They’re going to be introduced to some of the fundamentals at the middle school level.”