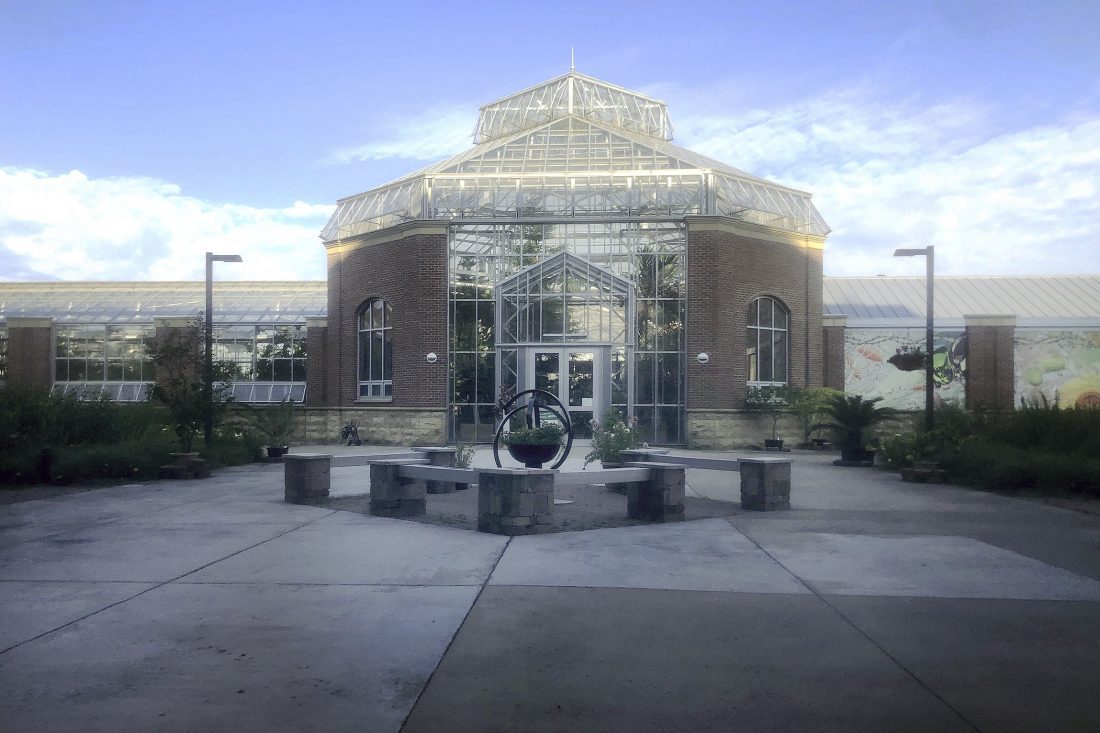 This July 2, 2019 photo shows the Conservatory, located on Miami University's Hamilton campus in Oxford, Ohio. For more than a decade, an iboga tree grew inside The Conservatory. Inside the tree's roots is something called ibogaine , a controlled substance that causes a hallucinogenic reaction if consumed. Two Miami University professors are suspended and one staff member has been forced to resign over how the tree got there and how it was used. (Maia Anderson/The Cincinnati Enquirer via AP)

OXFORD, Ohio (AP) — For more than a decade, an iboga tree grew inside The Conservatory at Miami University’s Hamilton campus.

The iboga tree is skinny, short — more like a shrub — and grows fruit that looks like orange peppers.

But inside the tree’s roots is something called ibogaine — a controlled substance that causes a hallucinogenic reaction if consumed.

The iboga tree, native to Africa, attracted little attention at The Conservatory, which is filled with plants.

Now, two Miami University professors are suspended and one staff member has been forced to resign over how the tree got there and how it was used. The union representing the professors has taken up their cause, arguing the punishments were needlessly harsh, especially considering no one was harmed.

“The university’s response has been out of proportion to any possible offense,” reads a petition from the union.

And the little tree was confiscated by police.

On Nov. 20, 2018, an employee of the university’s alumni office, Ryan Anthony Young, stopped by The Conservatory.

According to a report filed by the Miami University Police Department (MUPD), Young spoke about the tree with a botany student who worked at The Conservatory. It’s not clear why Young was there or why he was interested in the tree; Young declined to comment.

Young said the student told him about the tree’s hallucinogenic properties, that she was growing her own iboga tree at home, and that she and her friends intended on consuming the plant when it became mature enough to produce the ibogaine, according to the police report.

The day after Young visited The Conservatory, he emailed the dean of Miami’s regional campuses, Catherine Bishop-Clark, and told her about the iboga tree being on university property and that the student told him she intended to consume the ibogaine.

A few days later, Bishop-Clark sent a copy of the email to MUPD, which contacted the U.S. Drug Enforcement Administration. The DEA sent two agents to The Conservatory to investigate.

Cody Dooley, group supervisor at Cincinnati’s DEA office, said the DEA agents told Miami police the plant was able to produce a controlled substance, but they did not confiscate it.

Miami University police opted to prune and confiscate the tree. It’s not clear what happened to it after that, but Miami spokeswoman Claire Wagner said “contraband” is usually burned.

In the end, the DEA and MUPD chose not to press any criminal charges against anyone.

The student was suspended from the university in the fall semester and, according to Wagner, is not currently enrolled.

Daniel Gladish, a professor of botany, and John Cinnamon, a professor of anthropology, were both suspended after Provost Phyllis Callahan read MUPD’s report. They were banned from stepping foot on any Miami campus or having contact with their students.

Essentially, the provost’s charges said Gladish and Cinnamon had an illegal substance, failed to tell the university they had it, and should have known the iboga plant contained a controlled substance.

Brian Grubb, former manager of The Conservatory, wrote in a letter to Dean Bishop-Clark, obtained by The Cincinnati Enquirer through a public records request, that it was common practice for someone in his job to work with plants like the iboga tree.

“Much like a research chemist works with substances that can adversely affect humans, it is not unusual for professional horticulturists and botanists to work with plants that have medical, psychogenic or even toxic properties,” Grubb wrote.

Grubb said potentially lethal hemlock is “abundant” on Hamilton’s campus, which was much more concerning to him than the iboga tree.

He said that to his knowledge, Miami University never tested the plant for an active ingredient.

He also said none of his colleagues ever said anything to him about the iboga tree being illegal to cultivate.

“It is a very, very obscure plant,” Grubb said. “I never once received any directions of the sort from any individual at Miami University. I am trained as a horticulturist, not an ethno-botanist. There is a significant difference.”

According to Grubb, if the student did take the iboga seedling home with the intention to get high off of the ibogaine, it would take over a decade to produce a plant big enough to extract the hallucinogen.

“In my professional opinion, it would be near impossible to produce this plant in someone’s home without expert horticultural knowledge and equipment,” Grubb said.

Grubb said he was told by Bishop-Clark that he could either resign or the university would not renew his contract when it expired at the end of the school year. In 2018, Grubb made $61,796 as conservatory manager, records show. He chose to resign, and his last day as manager of The Conservatory was May 10, 2019.

He said he was also told that if he didn’t resign, the university would have to put records in his personnel file that would jeopardize his chance at future employment.

Gladish, the director of The Conservatory, sent an appeal to the Committee on Faculty Rights and Responsibilities and will have a hearing this fall when Miami faculty members will decide whether to uphold the now-retired Callahan’s decision.

Cinnamon will not have a hearing to determine his future at Miami University until he returns from medical leave.

Wagner said in a statement that Miami fully supports faculty and staff in their teaching and research “with the expectation that all university policies and local, state and federal laws are followed.” The university statement said possession of an iboga plant is illegal in the United States without a federally approved research permit.

Miami’s chapter of the American Association of University Professors released a petition on June 29 to reverse what they call the “unnecessary termination” of the two professors and staff member.

It adds: “there was a rush to apply the harshest possible penalties to actions that have harmed no one.”

Wagner said the school is committed to treating employees fairly, including giving accused faculty the opportunity to present their case in an impartial hearing. She said: “This matter is being handled following this university process. In affording employees the right to have allegations heard in an impartial manner, Miami University will not discuss personnel matters. 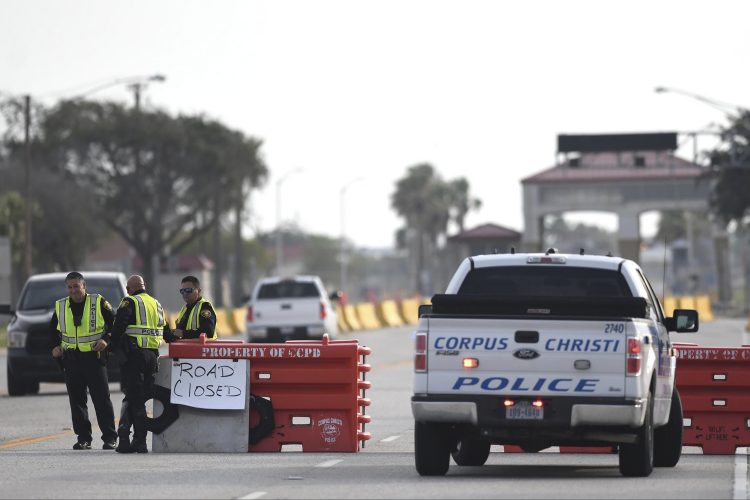 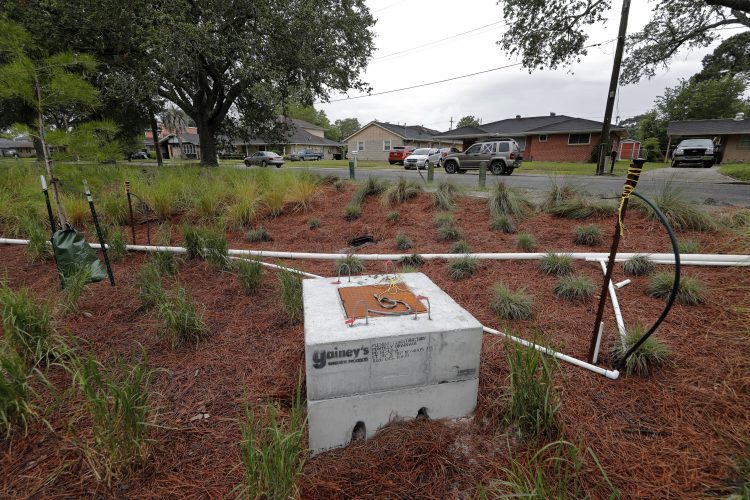 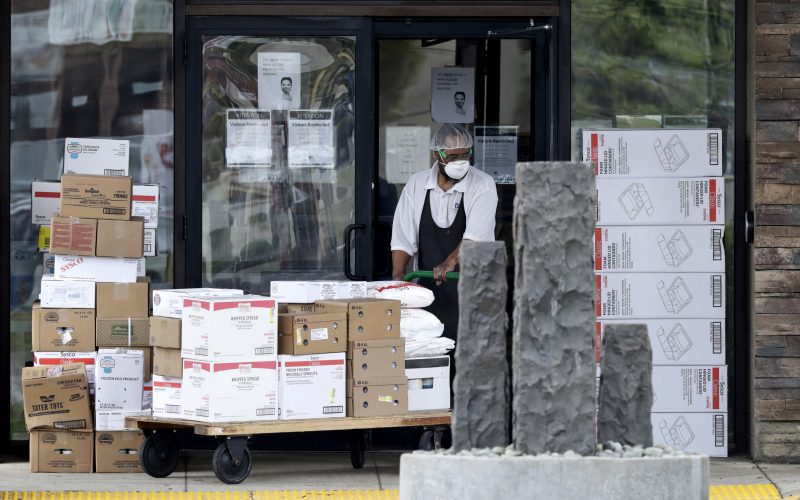 COLUMBUS, Ohio (AP) — The number of confirmed and probable deaths associated with the coronavirus in Ohio has ...