Monroe, River set to clash at Flannery Field on Friday

HANNIBAL — It’s been nearly two years since Monroe Central has put up a winning streak like it has now.

The Seminoles finished the 2017 campaign with five straight victories as Jay Circosta ended his Hall of Fame career with a 6-4 mark.

Monroe Central’s winning streak is currently at four — two games this season and two last fall — thanks to a 48-0 thumping of Bridgeport last Saturday night. Although it’s early, the Seminoles lead Division VII, Region 27, something second-year head coach Josh Ischy said has given life to things inside the Jay Circosta Fieldhouse.

“It was a good feeling,” Ischy said moments following Monday’s practice. “You start 2-0 and you start wondering where our heads are at. Do you think we’re good enough? Are we still hungry to get better?

“We had a really good session (Monday), although it was light. I felt like our attitude was good. We aren’t where we want to be yet and we’re not into the meat of our schedule yet. That kind of starts this week.”

“They’ve played some quality football against a couple of tough opponents,” he said. “And, they’re super well-coached.”

River started the season by falling to Bellaire, 28-6, at home. Last week, the Pilots dropped a 28-6 decision at Southern.

“We’re doing things right, but we’re just kind of shooting ourselves in the foot,” River head coach Mike Flannery said. “Against Bellaire, it was special teams. last week, it was a little bit of everything.

“People talk about those guys,” Ischy said, “but they also have some talented guys around them.Even though those guys are the focal points, you just can’t focus on them or you’ll get beat other places.

In watching the Pilots against Southern, Ischy said they struggled against the Indians’ larger line. Still, he said River had advantages elsewhere.

“At skill positions and defensively, I thought River played pretty well,” he said. “Don’t let the score fool you. I think River, athletically, was right there with them.”

Flannery pointed out his team amassed more than 275 yards of total offense last week, so that unit is coming along, along with a defense that held Bellaire to 88 yards rushing.

“The most positive thing was our kids played with effort and they never quit until the final buzzer,” he said. “Our kids have put in so much hard work and right now haven’t seen anything in return. We just need to get that first win.”

That’s what Monroe Central was thinking heading into Week 9 last last season. And once the Seminoles bested Frontier, it’s sparked a streak that seen them outscore opponents 121-26, including 69-0 this season.

“Josh has them going in the right direction,” Flannery said. “Like anything else, it’s maturity.

“When they won games nine and 10 last year, that gave them a lot of incentive over the winter and summer to work hard.”

Flannery has been impressed with the Seminoles’ 1-2 offensive punch of running back Alex Kilburn and quarterback Malachi Rose-Burton.

“He’s the type of athlete that can extend plays,” Flannery said of Rose-Burton, the sophomore quarterback. “And Kilburn, he’s a beast. He runs with authority like he’s mad at the world.

“And, they have several key linemen up front that are bigger than us. We’re concerned about that.”

Ischy said Kilburn was battling the affects of mono early last season, and noted both he and Rose-Burton, as well as many others in the lineup, have benefited, from a year of seasoning.

“Last year, we played eight new guys on offense, and this year we have those eight guys returning,” he said. “That year of maturity has made a huge difference.” 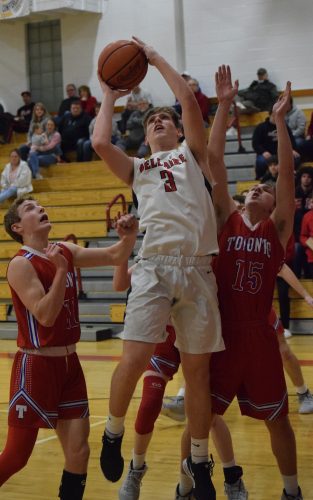 Harrison holds on vs. Ferry 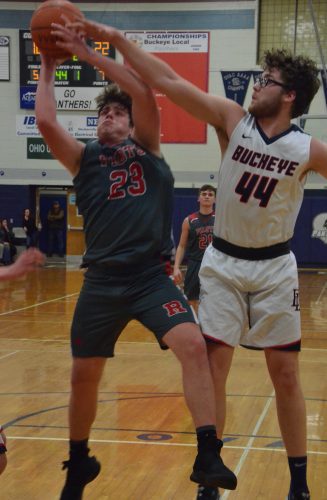 ST. CLAIRSVILLE — In many ways, Frontier and Madonna are mirror images of each other. The Cougars and Blue ...

OVAC Boys Basketball: Meadowbrook, East Liverpool to tangle in 4A

ST. CLAIRSVILLE — To say East Liverpool and Meadowbrook are both hungry for a championship wouldn’t be ...