ST. CLAIRSVILLE — A high school basketball game is 32 minutes long. When playing an athletic team like Steubenville, the opposition can’t afford to relax for one minute, or in this case 2-minutes, 26-seconds. St. Clairsville found that out the hard way Tuesday night. Leading by 10 points ...

WOLFHURST - It was the tale of two halves at John J. Havlicek Gymnasium Tuesday night. The Cameron Dragons, playing without two injured starters, owned the opening 16 minutes, building a 19-point lead at one juncture before settling in for a 38-21 halftime advantage. Bridgeport, however, came ... 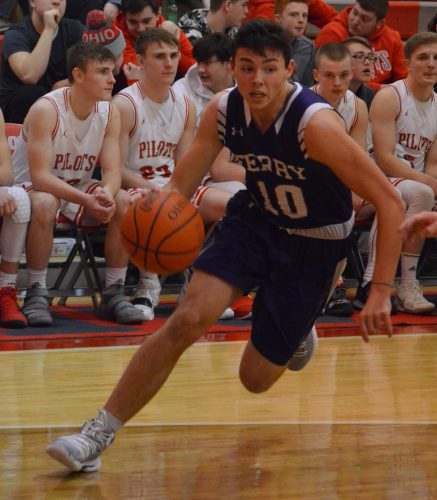 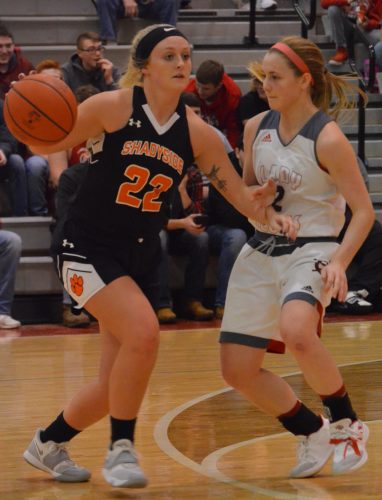 HANNIBAL — Monday night’s OVAC Class 2A girls’ basketball showdown between Shadyside and River was a marathon that evolved into a fourth-quarter sprint to the finish. There, the Tigers broke away with an 8-0 run to start the period, then held on for a 55-48 triumph inside the R.L. Potts ... 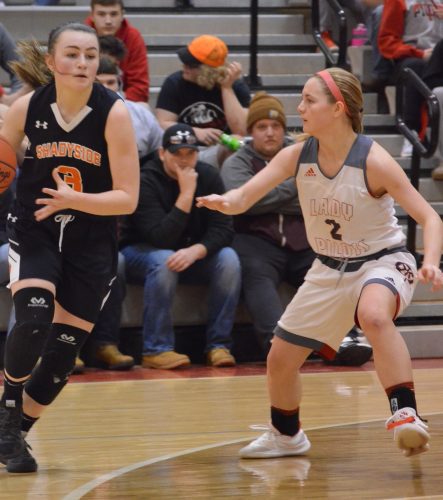 Slideshow…River, Shadyside meet in 2A showdown

MORGANTOWN (AP) — Makai Mason scored 29 points and Baylor cruised to an 85-73 win over West Virginia on Monday night. The Bears (12-6, 4-2 Big 12) survived a second-half comeback attempt to grab their fourth win in five games. Baylor got out to as much as a 17-point lead in the first half ...

WVU has no answer for Mason in loss

MORGANTOWN – A year ago Makai Mason was playing in the Ivy League for Yale University. The graduate transfer made his Coliseum debut for Baylor a memorable one Monday night, scoring a game-high 29 points to lead the visitors to an 85-73 victory. “We played them (Yale) in the NCAA ...

SHADYSIDE – Logan Smith’s offensive game was on point Saturday afternoon for Martins Ferry. But it was his defensive play that saved the day for the Purple Riders against Shadyside. Smith stuffed a Kelly Hendershot 3-point attempt from the top of the key as the horn sounded, preserving ...

BELLAIRE — A battle between state-ranked teams and OVAC division leaders lived up the hype, with Bellaire pulling out a narrow 58-52 victory against River on Saturday. Michaela Flaherty led a balanced Big Reds attack with 16 points. Natalie Stoner drained five 3-pointers on her way to 15 ... 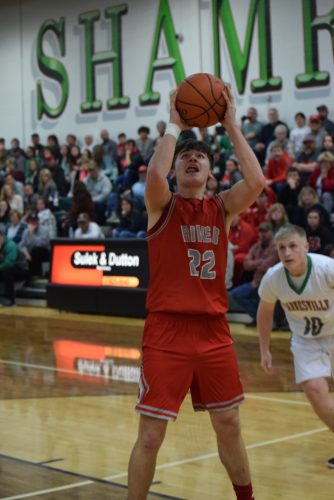 SHADYSIDE — John Grinch is a 1970 graduate from Dubois High School in Dubois, Pennsylvania. After high school, he attended Clarion University and graduated with a degree in education. He began his teaching and coaching career at Wintersville High School. He coached both football and ... 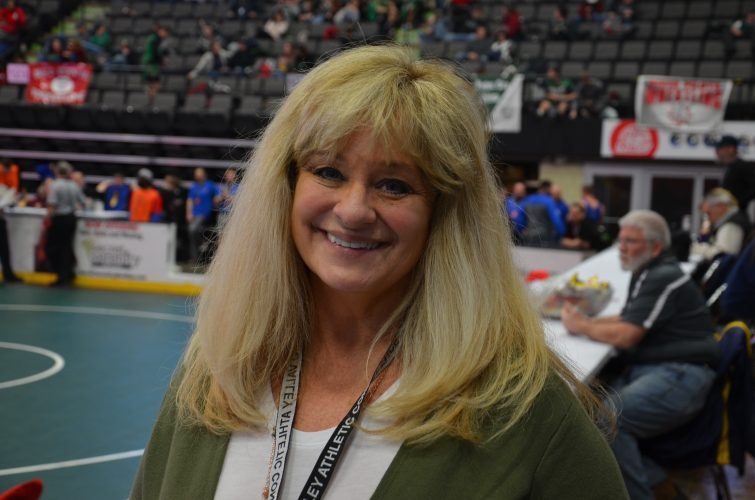 WHEELING — While most people were snuggled under their covers in the wee hours of Saturday morning, Jenny Hannan was up and hard at work prepping for Day 3 of the 66th annual Ron Mauck OVAC Wrestling Championships. As a frigid snowstorm set its sights on “The Friendly City,” Hannan kept ...

Donnelly ready to get back in the dugout

STEUBENVILLE — Though baseball has always been in his blood and basically all he’s known, Rich Donnelly had come to grips with the fact that he’d be spending this season away from the diamond. Then, his phone rang. A 20-minute conversation later, Donnelly’s plans to spend the ...

Adams, Coyne will be enshrined for the 90s

BELLAIRE — The 16th class of Ohio Valley Athletic Conference Hall of Fame continues to take shape as two more honorees are set for induction on Saturday, Aug. 17. A multi-sport standout who was especially product in basketball and football as well as one of the valley’s most decorated ...

BARNESVILLE - She is the unquestioned premier female distance runner in OVAC history. Now Stephanie Morgan is being honored for her staggering prep achievements. The former Barnesville High distance phenom is set to be inducted into the Ohio Association of Track and Cross Country Coaches ...

For The Times Leader If you are the mother or father of a high school athlete here in Ohio, this message is primarily for you. When you attend an athletic event that involves your son or daughter, cheer to your heart’s content, enjoy the camaraderie that high school sports offer and ... 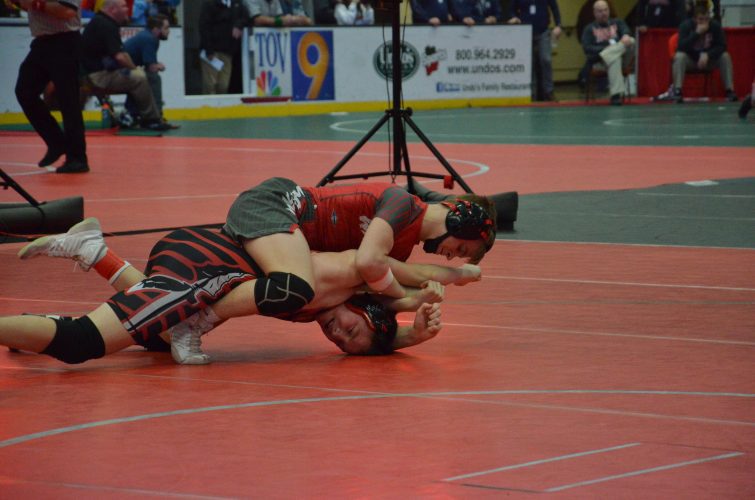 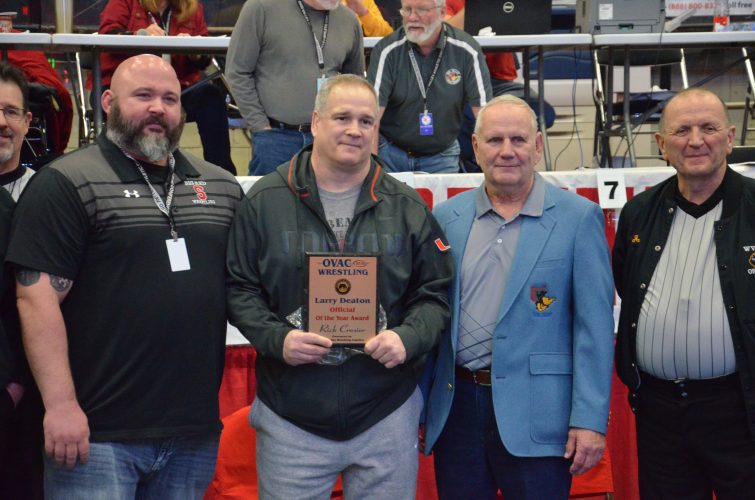 Crosier honored as official of the year

WHEELING — Rick Crosier was named the 2019 “Larry Deaton OVAC Official of the Year” prior to the start of Friday night’s action at the 66th annual Ohio Valley Athletic Conference Ron Mauck Wrestling Championships. The award is presented by the OVAC Wrestling Coaches Association. It ...