MARTINS FERRY — When the issue of lighting for indoor or exterior projects comes up, Rick Cain of Cardello Electric Supply & Lighting said the demand is for light-emitting diodes, or LED lighting.

“Everything’s going to LED, and it’s getting harder to find things that are not LED,” he said.

“A lot of what we sell is all LED. There’s just so many options — LED options inside and out,” he said. “People are building new homes. … We sell LED lights to people who are redoing old lights in gymnasiums, houses, redoing the lighting in huge garages, work areas.”

Cain added that this is the same for new construction projects, with a focus on providing for LED lighting in the planning stages.

“There’s just so much, and it’s all being geared toward the LED area,” he said. “We deal with a lot of contractors that are building new homes. They’re electrical contractors and they do all the wiring and put all the light fixtures in brand-new homes that are being built. And hotels around here, they buy the lights, too.”

Cain cited the advantages to having LED lights.

“A lot of times you can put in a lot less lights with the LEDs because they’re more energy efficient,” he said. “We do lighting layouts here. There’s a formula you can put into the dimensions room and it’ll tell you how many light fixtures depending on the work that’s going to be done inside of this particular building. They’ll tell you the ideal lighting package and type of fixture you can put in and how many.”

In terms of exterior lighting, Cain cited a changeover in outdoor fixtures to LED lighting in parking lot fixtures and other lights.

“People are pulling down their old (lights) and putting in LED fixtures,” Cain said. “They’re changing them out because they can’t really buy those old fixtures anymore and everybody’s going to LED.”

He continued to point out options.

“People will put a can light in their home instead of incandescent bulbs,” he said. “It’s like a retro. It’s got the trim and the LED built into it and it fits right into the can. We sell a lot of those.”

Ian Graham, manager at Martins Ferry Hardware, also said LED lighting is one of the products in highest demand by their customers.

“They’re changing everything over to LEDs. You get the same amount of brightness,” he said. “You’re using a lot less energy. These bulbs last for years, so people are saving money.”

He added that while the bulbs are more costly, the savings is in the long term, adding that the same goes for exterior lighting.

“Any outdoor fixtures you can put an LED bulb into it,” he said. 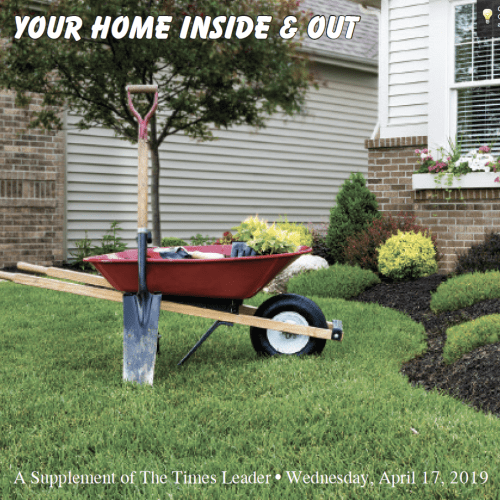 WHEELING — The color green really is a neutral color in the world of home design for 2017. The season’s ...