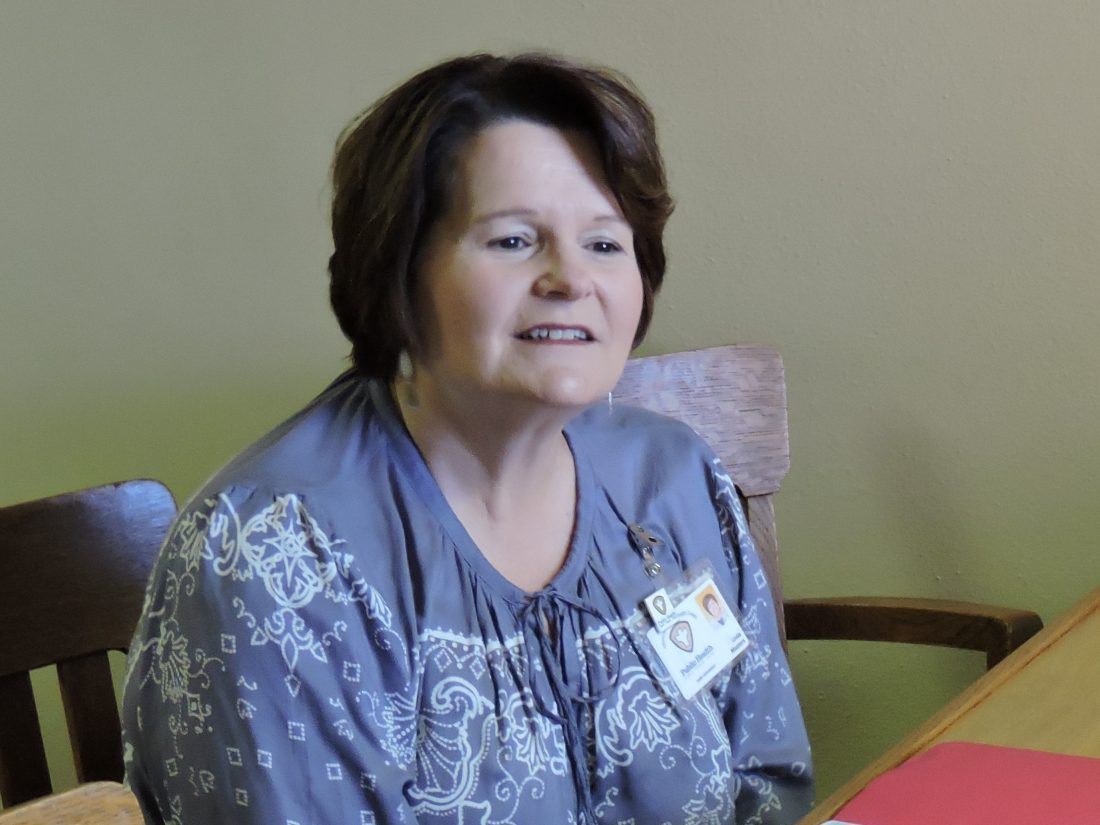 WOODSFIELD — The Monroe County Board of Commissioners on Tuesday signed a proclamation recognizing that National Suicide Prevention Week is Sept. 8-14.

Linda Masters of the Monroe County Suicide Prevention Coalition came before Commissioners Mick Schumacher, Carl Davis and Tim Price with the proclamation and explained the importance of suicide awareness.

“Suicide is the eighth leading cause of death in the United States, with Monroe County having 55 suicides since 2000,” the proclamation states.

Masters also reminded commissioners of the upcoming event “A Silent Watch,” which will be held from 7 a.m. to 5 p.m. Tuesday at the courthouse in Woodsfield.

“We are going to set up in front of the courthouse with a casket draped in a flag. We’ve got volunteers to stand, a veteran on one side and a civilian on the other,” Masters said. “At noon, we’ll be reading the proclamation.”

The event is meant to honor those who have been lost to suicide. Monroe County is ranked 21st in the state of Ohio for completed suicides per 100,000 people. Masters remarked that it is nice to be 21st now, as the county previously was ranked No. 1 in Ohio for a few years.

“I half wonder if we have gotten better or if other counties have gotten worse,” Davis said.

Monroe County is at an average of three suicides per year, Masters said.

Masters invited the commissioners to attend the upcoming ceremony. The idea is to get the public’s attention in order to promote suicide awareness, she explained.

“We’re really excited about this event,” she added.

Many volunteers have signed up to participate, she said. There have been some concerns about the casket being seen by school children, which have been addressed, she said. Local school buses will take alternate routes and parents will be notified, she added.

Educating the public on the stigma of suicide is the most important aspect, Masters said.

Masters said it is difficult for survivors of suicide to “come out,” but this event gives them the opportunity to see that every one does care, she said.

“It’s as simple as just knowing somebody is there and somebody understands the things they’re going through,” Masters said.

This is the first time the coalition has put on A Silent Watch. Masters got the idea from Anthony McSwords, who works at the county Veterans Service office, she said.

The proclamation was unanimously approved by commissioners.