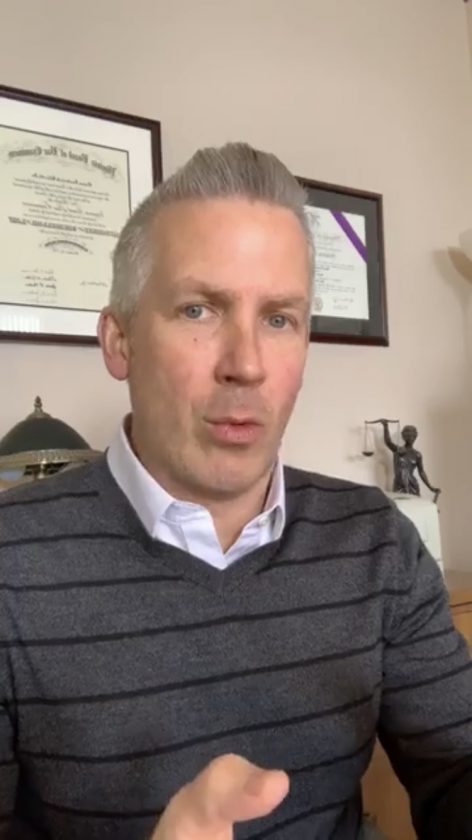 Photo Provided Wheeling Mayor Glenn Elliott addresses the public via a live post on social media this week to update residents on developments in the city related to the COVID-19 pandemic situation. City Targets OVMC as ‘Regional Backup Plan’

WHEELING — Despite closing city offices to the public this week, Wheeling officials have been busy working behind the scenes on efforts to maintain public services and to prepare for worst-case scenarios if the coronavirus pandemic sweeps through the area in the near future.

On Wednesday, Wheeling Mayor Glenn Elliott said he and Vice Mayor Chad Thalman were scheduled to be at the city-county building to participate in a national COVID-19 briefing call with the White House and with U.S. Surgeon General Jerome Adams. Elliott said the briefing was expected to focus on what the federal government is doing to help cities and other local government entities with their crisis response measures.

The mayor also said city officials were hoping to meet with representatives from the Pittsburgh and Huntington, W.Va. district offices of the U.S. Army Corps of Engineers this week to visit and assess the possible use of the former Ohio Valley Medical Center facilities as part of a “regional back up plan” in case the pandemic begins to spread exponentially in the Ohio Valley.

Last year, both East Ohio Regional Hospital in Martins Ferry and OVMC in Wheeling closed their doors. With two confirmed cases of COVID-19 in Ohio County and an additional new case in neighboring Belmont County announced Wednesday, Elliott said the city will continue to work with officials from various agencies toward expanding the area’s ability to treat many patients if the need arises.

“I’m concerned that if we see a spike in cases locally along the lines of what has occurred elsewhere, we will quickly exceed our existing hospital bed capacity in the community,” Elliott said. “I think that’s very possible, based on a variety of factors such as the overall health and age of our population.

“At one point during it’s operation as a hospital campus, OVMC had over 600 beds. To me, it would be absolutely irresponsible to not try to be able to activate it and utilize it.”

With city offices now closed to the public, Elliott and other city officials have been keeping residents abreast on the latest updates from the city through social media posts and through public announcements released to the press. The public is also encouraged to visit the city’s website at www.wheelingwv.gov for important information and the latest developments.