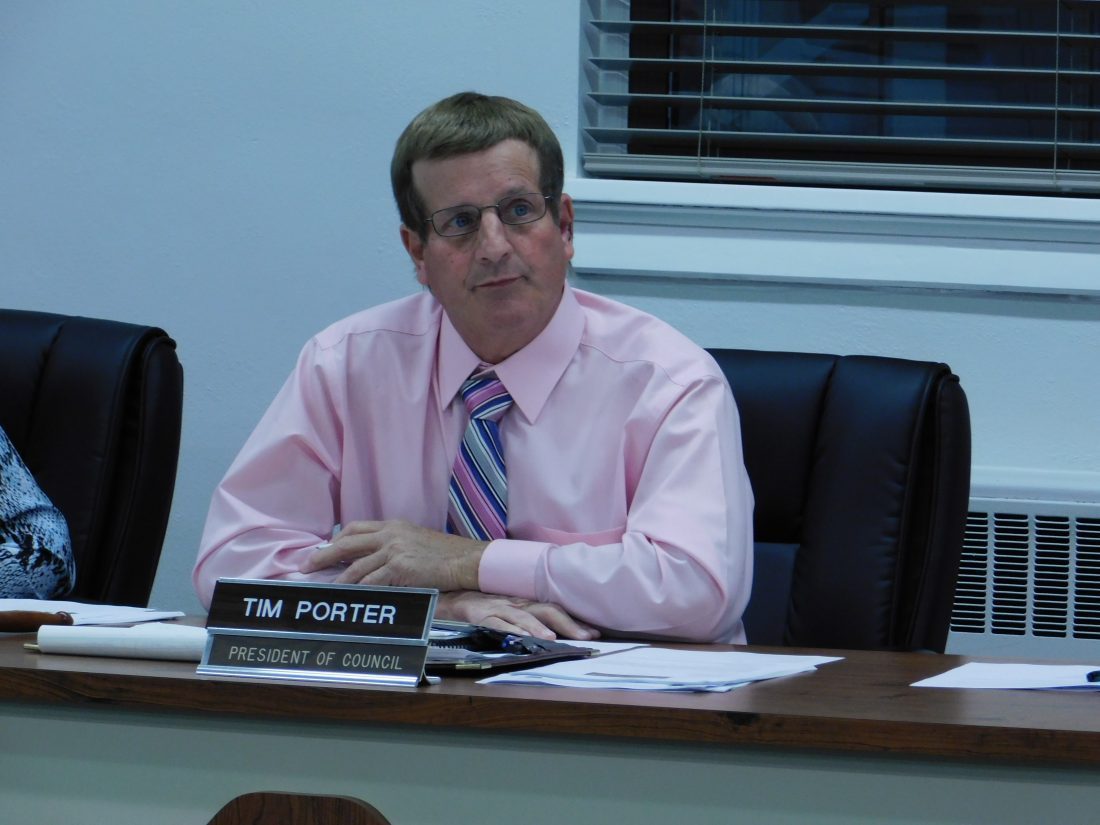 ST. CLAIRSVILLE — Tim Porter stepped down as president of the city council effective Thursday, when he hand-delivered his resignation notice at the city building.

“Thank you to all the kind people of (this) city who have been so wonderful over the past 20 years of public life. Regretfully, I must end my public service because of health concerns,” Porter wrote.

Porter has been in the news in recent days, having stepped down as president of the St. Clairsville Area Chamber of Commerce after a recording of a private conversation of Porter voicing angry, profanity-laden statements and referring to a mayoral candidate by a racial slur was released to numerous entities and outlets. He had also been a mayoral candidate for the coming Nov. 5 election, but ended his campaign for personal reasons.

Mayor Terry Pugh had no comment regarding the resignation, but said council will likely discuss appointing a replacement for his seat from among the council members during their special meeting at 6:30 p.m. Wednesday. The Wednesday meeting had already been scheduled to allow council to here from Ohio Environmental Protection Agency officials regarding the city’s water system.

“Council has to appoint a president of council, and it has to be voted on by a majority of council,” Pugh said. “The council has up to 30 days to nominate, vote and approve a person on council, a sitting council member, or after 30 days I have the choice of selecting a council president.”

He said council could also choose to wait until after the coming Nov. 5 election to make an appointment. Three council seats are contended.

“That’s their choice,” he said.

Pugh said this would then leave a vacant council seat to be filled within 30 days.

“Normally, council would ask for resumes of people that are interested in the seat, then they would approve them. They would interview them and they would have to vote to approve that person,” Pugh said.

Pugh said Porter’s term ends in about two years. He was elected in 2017. Myser said Porter had served on the city council several times. Prior to his election, his previous term was in 2009.

“He voluntarily chose to step down, and I respect his decision,” Councilwoman Beth Oprisch said.

“He has to take care of his health, I guess. That’s his decision,” Councilman Mike Smith said.

The other members of council could not be reached or chose not to comment.