A Life snatched away

LYNANNE VUCOVICH For The Times Leader 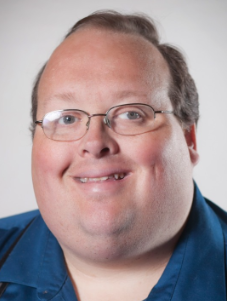 Photo Provided Donald Caster is an assistant professor of clinical law at the school and an attorney for the Ohio Innocence Project.

Editor’s Note: Today, The Times Leader concludes a three-part series on The Innocence Project, written by LynAnne Vucovich, a reporter with the Norwalk Reflector.

EUCLID, Ohio — David Rawls says he will not admit to something he didn’t do. If he would just do that he probably would be a free man.

Rawls was convicted of aggravated robbery and kidnapping in 1997. Police and prosecutors say he robbed a Marc’s Discount Drug Store in Euclid at gunpoint in June 1996. Rawls, who’s been in prison since 1997, always maintained he was his innocent.

The main evidence against him: Store employees picked his picture out of a photo lineup and positively identified him at trial.

There was no physical evidence linking Rawls to the crimes, no surveillance video, no DNA, no fingerprints. And evidence that could be tested today for DNA has been lost or tossed, according to lawyers who work for the Innocence Project, which has taken Rawls case and is working to get him released from prison.

FAMILY WON’T GIVE UP

Rawls’ aunt, Florine Jones, said she is desperate for her nephew’s release.

“David’s life has been snatched from him because of a mistake of identity,” Jones said. “His story needs to be told.”

Rawls is the only child of Jones’ older sister, who is 75. Jones said she has no grandchildren.

“His mom has exhausted every penny she had. She sold her house just to prove his innocence with no prevail,” Jones said. “Twenty-three years of his life has been snatched away from her and it has really taken a toll.”

Jones said her nephew’s case has been in the hands of the Ohio Innocence Project for more than five years, but he’s no closer to being released.

The men in the lineup photos police showed witnesses all “look like they could be his brothers,” Jones said, and the robber was 6-foot tall while Rawls is only 5-foot, 10-inches. There is no video surveillance of the robbery.

“The person who had a gun was right-handed,” Jones said. “David’s left-handed.”

Evidence related to the case also disappeared. Police tossed or lost the T-shirts — store merchandise — the robber used to tie up the store employees. Those could be tested for DNA and could prove her nephew wasn’t there when the store was robbed, Jones said.

It’s been nearly five years since his attorney asked for the shirts so they could be tested for DNA, but police and prosecutors have been unable to produce them.

“There are so many holes in the state’s case,” Jones said. “If they would just do their job as investigators, they would see that they’ve had the wrong person for 23 years.”

Jones said she believes police and prosecutors hurried the case along and accused Rawls “just to get a conviction.” Many are responsible for the mistakes, and they won’t step up now to clear him.

“It’s like opening a can of worms because so many people are involved,” Jones said. “They’ve thrown away the case and let him rot.”

“We’ve tried to get items tested for DNA and the items don’t exist anymore. There’s a delay in getting an order signed,” Caster said. “David has been fighting for over 20 years and he’s frustrated.”

There is no way to fast-track the judge’s ruling on more recent motions, Caster said.

“Everything is up to the judge’s discretion. I think a lot of the time the judges get busy with cases in pretrial. Those cases have deadlines and judges are expected to get cases to trial in a certain amount of time,” Caster said. “Post-conviction work, even though it’s extremely important, can get left behind by the judges sometimes.”

In court, state witnesses “kept saying ‘I don’t recall,'” Jones said, and others who were subpoenaed to appear never did.

“I just don’t understand,” she said.

Rawls has been denied parole every time despite having an “exemplary record” in prison, Caster said.

“The parole board’s decision on David’s case has been incredibly disappointing. The parole board doesn’t post an opinion, but I suspect the reason is that David asserts his innocence,” Caster said. “David has been in prison longer than some murderers have been.”

Jones doesn’t think this is fair.

“They are made to say something that is not true,” Jones said. “There are a lot of people who are saying they did when they really didn’t because they know if they (go to) trial, it’s worse.”

Caster said many inmates know admitting to the crime will make the parole board look upon them more favorably. He said Rawls is in a low-security facility, one you can only be moved to by having a good record.

“David was a businessman, he had his own business,” his aunt said. “He is just a good person, not saying he was perfect, but a good person.”

Rawls has missed out on his family’s life, Jones said. When he went to prison, his cousins were babies but are now grown adults.

“So many people have passed away. … To know that his family is dwindling away,” Jones said. “We’re the only voice he has. It’s just really sad.”

Jones said Rawls “wants to be with his mom.”

“In spite of what things may look like, they may not be,” Jones said. “There are so many of our men and women who (haven’t) done (crimes) and have been wrongly convicted.”

Jones said she believes the courts should move faster, as years of her nephew’s life are gone.

“If a person cries out to the courts through the Innocence Project, they need more people to investigate,” Jones said. “Nobody’s life should be snatched away for something they didn’t do.”

She said she feels that “justice needs to be done, justice for the people.”

If Rawls continues to be denied parole, he could stay in Grafton Correctional Institution until 2050.

“David has expressed that, ‘I didn’t do it, I want out, I want to be with my family and I want to help others who may have experienced what I have,'” Jones said. “He wants a life, he wants his life back. He wants his name back.”