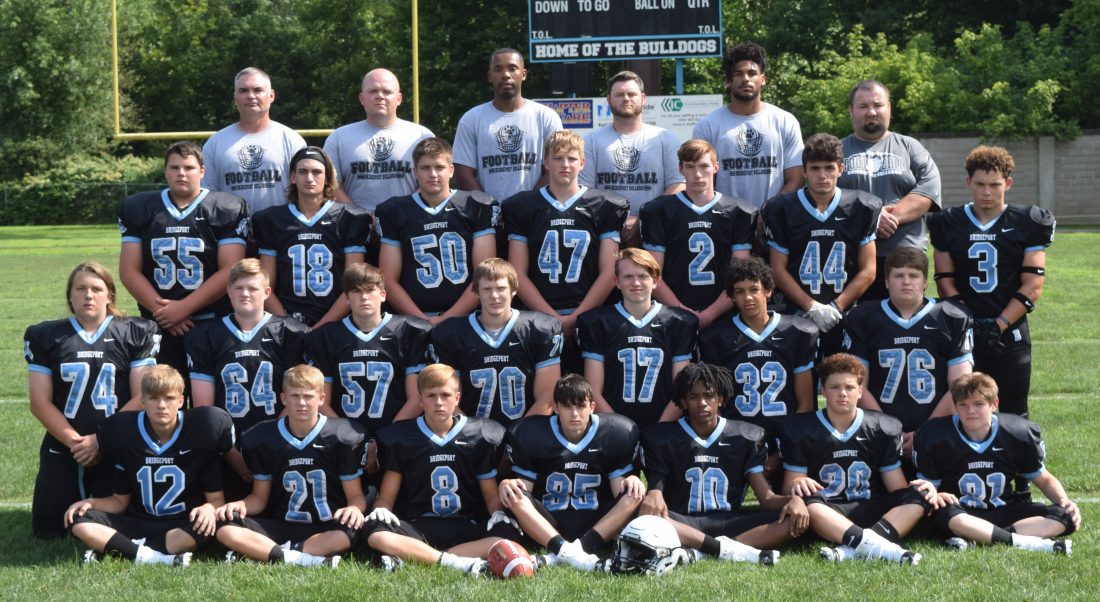 BRIDGEPORT — Year two of the Fred Ray era at Bridgeport is filled with plenty of question marks. Some of which are on the field and some that are off.

One of those questions was filled recently when Clarksburg Notre Dame officially announced it was dropping football for this season due to a lack of numbers and Morgantown Trinity was added as the replacement in week 5 on Friday, Oct. 11.

“It’s unfortunate that another school has lost football. There were some concerns about (Notre Dame’s) numbers and Trinity reached out a few weeks ago to gauge our interest should something happen,” Bridgeport Athletic Director Greg Harkness said of the late schedule change. “We were very pro-active in our approach to make sure we were covered. We will go to Trinity this season and they will return the trip in 2020.”

The Warriors are returning to the field for the first time since 2009 and will have a 20-player roster.

Although the Bulldogs have nine returning lettermen among their 25 players, only senior Izaac Jozwiak (6-1, 170), junior Jon Bugaj (5-9, 175) and sophomore Cayden Williams (6-0, 175) recorded any type of offensive statistic last season as a huge senior class was lost to graduation. Jozwiak was only eligible for the first five games last season after transferring from St. Clairsville.

The top graduation loss was quarterback Tino Kusic who had three different head coaches during his tenure. The three-year regular threw for more than 4,500 yards during his career at Bridgeport. He missed his sophomore season due to an injury, but bounced back to air it out for nearly 3,000 yards and 30 touchdowns his junior campaign. He holds the Ohio Valley record for touchdown passes in a game with eight. He also tossed seven in a game and had a pair of 400-yard efforts.

“It’s definitely tough trying to replace a kid like that,” Ray said of Kusic, who will wrestle for West Liberty University in the winter. “It will be hard, but we will do the best we can.”

In addition to his on-the-field skills, Kusic was also the leader the players looked to in tough times.

“We’re still working on finding a leader or leaders,” Ray explained. “We’ve got a few kids in mind that have shown they are capable of being leaders.”

“We’ve got a lot of younger kids this year, which is a good thing,” Ray admitted. “We want to build the numbers year-by-year. You do that by building relationships in the hallways at school.

“It’s tough to get kids to come out and play football for a number of reasons,” he continued. “There is a lot of pride in Bridgeport athletics, especially football. A lot of people don’t realize that. These kids don’t know the tradition and history because they weren’t born yet or were really young.

“We’re trying to restore the pride and tradition. Hopefully, we can get kids to a part of it instead of waiting to see it happen and then join in.”

One thing that is in Ray’s favor is his familiarity with the program.

“I’m here a lot earlier this summer than I was last summer,” Ray recalled of his late hiring. “That’s a better start than last year because I’ve got a full off-season under my belt with the kids,” he said. “That’s been huge for us as has being able to build relationships with the kids. They know what to expect from the coaches and the coaches know what to expect from them.

“Things should pay off for us this season.”

Bridgeport’s strong suit lies in its offensive and defensive lines where five returning lettermen are back.

“We have some nice-sized kids up front that played last season,” the head coach allowed. “That should help us be able to do more things offensively.”

“Zach came out last year for the first time and played well,” Ray assessed. “We got him out early this year trying to get him more reps. The more reps he gets the better he is going to get.”

Classmate Devin Danhart (6-1, 220) will start at one tackle. He is a two-year letterman.

“Devin is a very hard worker who puts in a days work during every practice,” Ray praised.

“Anthony was our center last year and got some valuable playing experience as a freshman,” Ray noted. “We’re looking for big things from him.”

“All of those guys are going to play,” Ray said. “We’re going to need all of them.”

“On a scale of 1-10, and I’m being a hard critic because young kids can be up one day and down the next, I would rate them at about a six right now,” Ray stressed. “Hopefully, we can get them to an 8 or 9.

According to Ray, who was a standout quarterback at Martins Ferry and Ohio University, finding a replacement for Kusic will be “by committee.”

Freshman Colin Jackson (6-0, 175) is among a handful of players that will see time at quarterback. The others include Jozwiak, Bugaj and Williams.

“If you have an offensive line, you can always find a couple of athletes to make things happen,” Ray said. “Colin is a young kid coming up, but middle school to high school is quite a jump. Izaac is a good athlete. You can’t ask for anymore than that kid gives you. Jon and Cayden are also athletes and good overall kids.”

“Skyler is out for football for the first time. He can do a little bit of everything,” Ray complimented.

Defensively, the Bulldogs will use the 4-3 as their base defense and adjust off of it to what the opposition is doing.

Larry Deem, who served as head coach at Beallsville for four seasons, has been brought on board as the defensive coordinator.

“Larry is a great addition. Bringing him on frees me up to concentrate more on the offense,” Ray allowed. “I’m able to trust him with the defense and that really helps.”

While the line will be the strength of the offense, the same kids will also line up in the trenches on defense.

“We’re running them like crazy,” Ray said of the conditioning in camp. “They must be in shape. I want us to be the best conditioned team in Division VII.”

Kuneff, Billos, Powell, Day, Dubil, Stopski and Gregory are listed as the down tackles, with Swauger, Jaworksi, Williams and Stockwell are listed at ends.

The linebackers should also be a solid group led by Danhart, the Bugaj brothers, Messerman and Pyle.

Jozwiak and Green will lead the secondary. Also battling for playing time will be Hatten, Waterman, Alberts, Jackson, Palmer, Doughty, Waterman and Marshall.

Ray said Hatten will handle the kicking and punting duties.

“He has really been working hard on his kicking,” Ray said. He has a really good leg.”

In addition to the aforementioned schedule change, Bridgeport, which will play all of its home games at the Dave Bruney Football Complex in Martins Ferry, has two other new opponents in Frontier (away Sept. 13) and Monroe Central (home Sept. 7), both of which are members of the newly formed Mid-Ohio Valley League that also includes Bridgeport. They replace Toronto and Carrick (Pa.).

The Bulldogs open the season Saturday when Weirton Madonna visits Belmont County. They also play host to Conotton Valley, Beallsville and Cameron. Away contests include Paden City, River and Shadyside.

“It’s basically the same schedule as last year,” Ray said. “We keep reminding the kids every day that most of the teams on our schedule are our size and probably are in the same boat as we are as far as numbers go.”

Bridgeport did receive some good news prior to the start of camp as The Experience Church in Lansing donated 25 pair of UnderArmour all-purpose cleats to the program.

School officials are still searching for a site to construct a new football complex as years of flooding forced the demolition of the 100-year-old wooden grandstands at Bill Jobko Stadium. FEMA regulations prohibit the Bulldogs from playing varsity football on Perkins Field, but junior high games will be contested there. 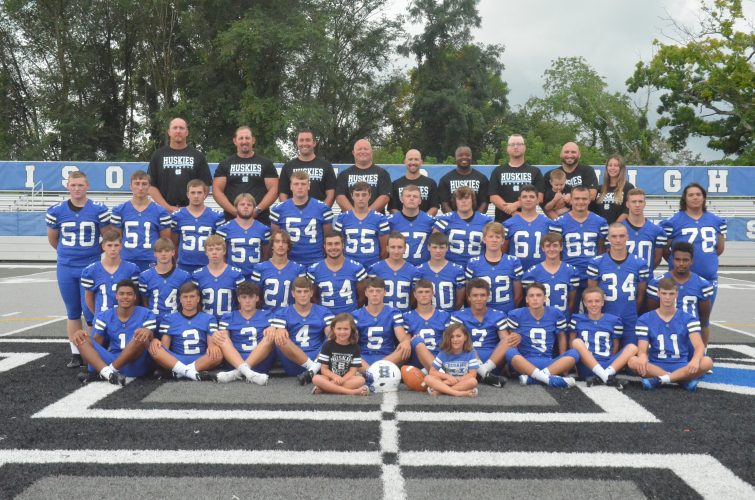